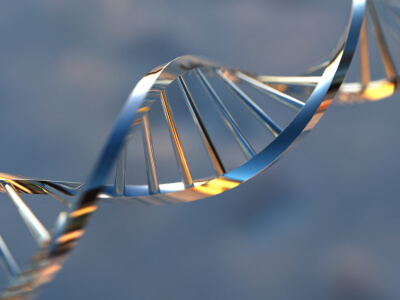 Most of the life science industries closely guard their trade secret to stay ahead in the competition. These trade secrets may include a new compound, new antibody, a new peptide or new gene. The costs of taking protective measures to safeguard secrecy are high and so is the cost suffered if the valuable trade secret falls in wrong hands. For example AGC Inc an aviation component manufacturing company based in Connecticut US became bankrupt when their former Vice President who left them in 2009 joined their competitor Twin Manufacturing Co. It was alleged by AGC that he had stolen their trade secret relating to manufacturing processes, strategic plans, pricing information etc. Since AGC had not taken reasonable measures to protect their trade secrets they failed to prove its theft and courts did not allowed any relief to AGC except grant of limited injunctive relief under the Connecticut Unfair Trade Practices Act (CUTPA) under unfair or deceptive trade practices. AGC was able to prevent continuing violations of AGC’s property rights but not before they suffered huge revenue loses and declared bankrupt. AGC suffered on two counts, firstly they lost their trade secret which was worth millions of dollars and secondly they failed to get high damage awards which are invariably granted by courts in trade secret misappropriation litigation. For example, in April 2011, California jury awarded St. Jude Medical Inc. a record $2.3 billion as damages in trade secret theft case filed by Nervicon. Though this award was later toned down but this verdict would certainly set tone for such harsh penalty in misappropriation of trade secret cases in future.

The driving instinct to steal crucial business secrets is same as it were since the new innovations were done thousands of years back. Nothing seems to have changed when the secret processes of China’s silk industry were stolen. Similarly secrets of Cartwright loom of textile industry in Britain suffered series of industrial espionage attempts during 1800.The story of trade secret theft is same in all the life science industries. It is not uncommon to find that the key experts of the company leaves and set up their own companies using the misappropriated technology. For example, in 2019 a biotech researcher couple Chen, and her husband Yu Zhou were indicted by US court for misappropriation of trade secrets of Nationwide Children’s Hospital Research Institute in Ohio related to exosome isolation technology and particularly relating to diagnosis and treatment of certain paediatric diseases such as Necrotizing enterocolitis (NEC) with mortality rates of above 50% premature babies. This novel diagnostic kit requires only one drop of blood to isolate exosomes to diagnose necrotizing enterocolitis condition in premature babies. The couple were arrested in California in July 2019 and convicted for stealing exosome-related secrets. As part of plea bargain the couple conceded to forfeit property or gains which amounts approximately to $1.4m, [500,000 shares of common stock of Avalon GloboCare Corp., and 400 shares of common stock of GenExosome Technologies, Inc.] If convicted Zhou may have to spend a sentence of 10-20 years in jail.

The discovery of new gene, antagonist, antibody, antigen, relating to certain disease condition in plants and animals are pillars of Bioscience or life science research. The success story of every big biotech or life science industry rests with the trade secret in the biological material used and process of its manipulation. For example production process of premarin is trade secret of Wyth till now. When its misappropriation by its ex-employee came to limelight in 2010, Wyth was able to get favourable injunction order from the court but not before spending lot of money on litigation for number of years.

In another much talked about trade secret theft case involving employees of Genentech who conspired to steal the company’s trade secrets related to confidential documents relating to the processes by which the company formulated drugs and managed raw material relation to their lead biopharmaceuticals Pulmozyme, Rituxan, Herceptin, and Avastin. In 2018 federal grand jury indicted Xanthe Lam, Allen Lam, John Chan, and James Quach (defendants) for steeling Genentech confidential information to assist a Taiwan biopharma company to manufacture drugs similar to Genentech lead drugs.

In Indian context, trade secrets are not treated as Intellectual property right hence no officially registered protection is available. However, trade secrets are protected in India under common civil law. It is presumed by the employer that signing of Non-Disclosure Agreement (NDA) under the contract of the employment agreement would be sufficient to protect their trade secrets from misappropriation. But every trade secret is susceptible to misappropriation if fraud, theft, bribery, hacking or industrial espionage was involved in its acquisition. Trade secret theft in the life science industries is common as the biological material in which trade secret manifests is invariably self-replicating in character. Any lapse in the security would leave gapping holes in revenue earning of the organisation if crucial trade secret falls is hand of their competitors. It is well understood that a theft would in progress when a current employee is stealing secrets as he/she is planning to quit. He may join your competitor or start his own company to compete with you. Swift enforcement action can stop such activity and save your losses from this theft. If your trade secret has been compromised due to misappropriation or theft rush immediately to seek advice of the legal expert.

Mind you every information cannot qualify as trade secret even under the common law and so is the information that is easily accessible and detectable. The improper appropriation of trade secret need not be intentional to fall under the theft as defined under section 378 of Indian Penal code where tangible assets like CD, Pen drives, hard disk are dishonestly moved, copied or stolen. It usually happens that a new employee carry with him the burden of the trade secret of an old employer. It is tempting to use such information but receiving stolen secrets is equally problematic as per the criminal law relating to theft. An employee is bound by contract not to share or use or disclose the information without permission if such information has gained the status as a trade secret. Interestingly, the departing employee has an unbridled right to market and monetize his knowledge, skill, and experiences. The employee must bear in mind that the threat of inevitable disclosure in event of misappropriation by memory is inherent in life science as well. Such misappropriation of trade secret is not any physical or electronic or tangible thing but it is committed to memory of the departing employee. The employer should take reasonable steps to protect its secrets as they were developed by the employees engaged in R&D by utilising the valuable resources of the employer.

In the new millennium nothing has change except that more opportunities are available with high payoffs and low risk of getting caught. The boom in IT dependence now makes it tempting for employees to misappropriate secret information and blunt the employer’s edge in cutting technology. The high scale of trade secret theft may doom the Company to the edge of bankruptcy as happened in case AGC Inc discussed above. In US as the trade secret law is firmly in place the risk of getting caught is high. US courts are harsh to the perpetrators engaged in trade secret thefts and US Judges do not hesitate to order high compensation with heavy fine and even imprisonments. In contrast, India civil law based on equity is not strong to deter and punish those engaged in trade secret thefts and conviction rates are low. In absence of any specific statute in India to prevent trade secrets theft, the complainants are left with multiple options to enforce convictions under criminal breach of trust & confidence under sec 405 & 408 read with Sec 420 i.e. cheating. It is believed that under the Indian Contract Act, 1872 and the Information Technology Act, 2000 (for digital contracts) trade secrets violation cases can be filed. With the limited scope of protection of trade secret under these statutes only few cases relating to protection of trade secrets are seen adjudicated in India. In most of the breach of contract cases the wrong doer is injuncted for future actions with no compensation and punitive sanctions. One must understand that compensatory damages awarded are designed to give justice to plaintiffs for being wronged and an order of punitive damages act as deterrent to prevent others from being hurt by the same or similar actions of the wrong doer.

Trade secrets are not qualify as intellectual property rights in India. The legal remedy for trade secret theft or misappropriation can be found under the criminal law procedure of enforcement relating to theft in general. This means state police that is ill equipped or untrained to deal with such crimes would be the enforcement agency. Trade secret theft cases are enforced like routine theft cases. With growing menace of trade secret theft from computer chips to modified gene, from biotech industry to Silicon Valley, with increase in employee’s mobility due to high payoff, it is imperative for life science industries to take preventive measure to ensure that their valuable secrets are not misappropriated by departing employees. It will take some more time to know the final conviction in Genentech case but this theft has put all the biotech companies in US and elsewhere on high alert. These Companies are now extra cautious and taking legal precaution to prevent such misappropriation. A timely expert legal advice would save the companies loses on account of misappropriation of their valuable trade secret in future.