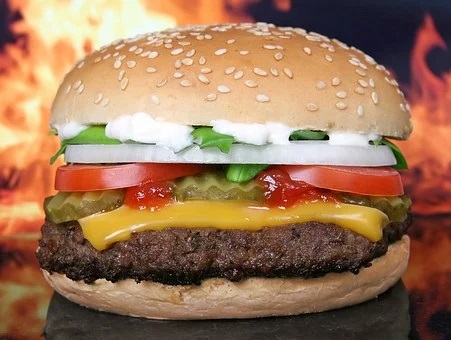 A total of 24 entities were impleaded before the court as Defendants on account of fraudulent activities taking place by misusing the trade dress of the Plaintiffs. The whereabouts of these defendants were unknown to the plaintiffs and it was presumed that a group of imposters were involved in this misdemeanour. Bank officials and website developers were also apprehended to be involved which was why the suit impleaded banks where the illegal money was received in the name of the beneficiary ‘McDonald’s India Pvt. India Ltd’.

The main party in the case, McDonald’s, is a world-famous fast-food restaurant chain which started in the US. The Golden Arches logo of the company was created in 1968 and it was put in use immediately along with the trademark MCDONALD’S. In the years following the establishment, McDonald’s obtained registrations of the trade names in over 100 countries. The active domain name www.mcdonalds.com was registered on July 12, 1994, as a part of the Plaintiff’s family of IP, and the company had clearly invested in the protection of its brand.

In India, the Plaintiffs began their restaurant operations after receiving approval by the Government in the year 1993 through its subsidiary company McDonald’s India Pvt Ltd (the second Plaintiff in this case). By June 1998, the Plaintiffs had successfully obtained registrations over its tradename MCDONALD’S, Golden Arch Logo

, MC, MAC, etc. under the relevant classes in India and the domain name www.mcdonaldsindia.com specifically launched for Indian consumers.

In June 2019, the Plaintiffs came to know about suspected fraudulent activity taking place under the garb of McDonald’s’ name. Some unknown entities were approaching people posing as official agents of the McDonald’s Corporation and offering signed fake and forged franchise application forms, fake approval letters on the fabricated letterhead of McDonald’s. Subsequently, a complaint was filed by the Plaintiffs at the concerned Police Station requesting an investigation into the fraudulent activities being carried out misusing the tradename of McDonald’s, its tax identification number and registered address.

The Plaintiffs went on to file the Police complaint twice thereafter. They also issued a caution notice in a leading newspaper to warn possible victims. Moreover, upon filing a complaint with the Domain Registrar, the Plaintiffs were successful in getting the domain name www.mcdonaldfranchises.com suspended. However, soon after the suspension, several mirror websites were created by the Defendants.

The plaintiffs also approached the Court of Metropolitan Magistrate to get their complaint registered as a First Information Report (FIR). Finally, the Cyber crime branch of the police registered the FIR and began an investigation.

for creating fake websites and inviting potential investors in applying for McDonald’s’ franchise without any authorization from the plaintiffs and their affiliates.

The Court, after examining the claims of the Plaintiffs, granted an interim order in their favour to restrain the Defendants and their directors, partners, proprietors, agents, servants, representatives, employees and/or anyone claiming under them, directly or indirectly are restrained from infringing Plaintiffs’ family of registered trademarks and copyright in the artistic work, including the Golden Arches Logo

and its variations or any other confusingly and deceptively similar trademarks under the disguise of offering McDonald’s franchise opportunities to the general public. The order further restrained the Defendants from using the registered addresses, tax identification number, domain names, websites, stamps, or any other identification which relates to the Plaintiffs.

The impleaded banks were directed to freeze the accounts of the Defendants with immediate effect and share the details of the account holders. The Domain Registrar was also ordered to disclose the complete identity of the registrants of the impugned domain names.

The matter is currently scheduled for another hearing before the Court.

This case brings forth how criminal activities take place by exploiting reputable brands. Scammers use identity theft by posing as a large, prominent corporation to run their schemes which widens the scope of scamming probable targets. They provide fake opportunities and deceive trusting victims all the while damaging the reputation of the impersonated business. The current state of the global economy makes people more susceptible to such scams and businesses vulnerable to being misused. A precautionary measure, as rightly done by the Plaintiffs, businesses should publish advertisements and generate awareness about such scams.

Authored by Manisha Singh and Simran Bhullar, this article was first published on Mondaq.