National IPR Policy unveiled in the year 2016 has brought out such remarkable changes in the IP. Administration throughout the country. Reforms undertaken in this journey till now have proved to be fruitful for the stakeholders /right holders including the start-ups. In fact, the “Scheme for Facilitating Start-ups Intellectual Property Protection (SIPP) launched in the year 2016 to encourage and facilitate IPR protection by start-ups has also been extended till March 2023.

The improvements introduced during the past few years such as amendments of Patents and Trademarks Rules, digital reforms and reengineering of IP procedures have resulted in the accomplishments that the IP Office has been striving for.

Modernization and strengthening of institutional mechanism, augmentation of manpower, paperless electronic processing, e-filing of applications, online delivery of certificates of grant/registration, periodic publication of list of First Examination Reports (FERs) issued, video-conferencing, SMS alerts, dynamic website and information dissemination, implementation of WIPO services in the working of IP office have been few of the significant contributors that have led to the achievements witnessed by the IP Office. This is an on-going process and we are going to witness many more such advanced changes in the IP functioning in India. The impact of the reforms can be seen as under: 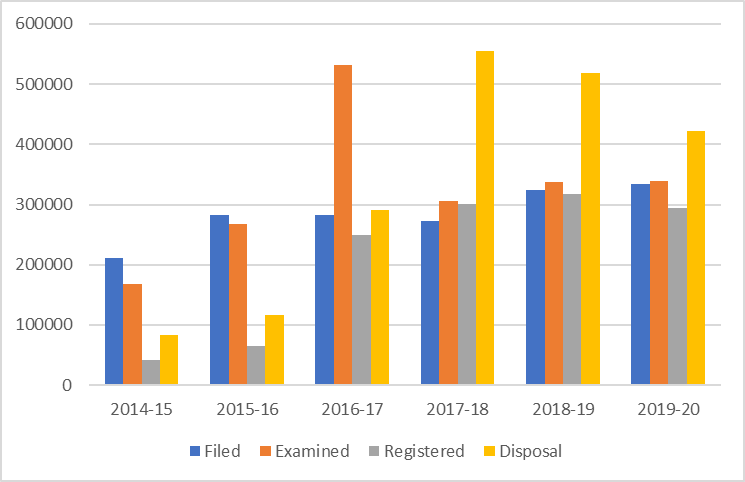 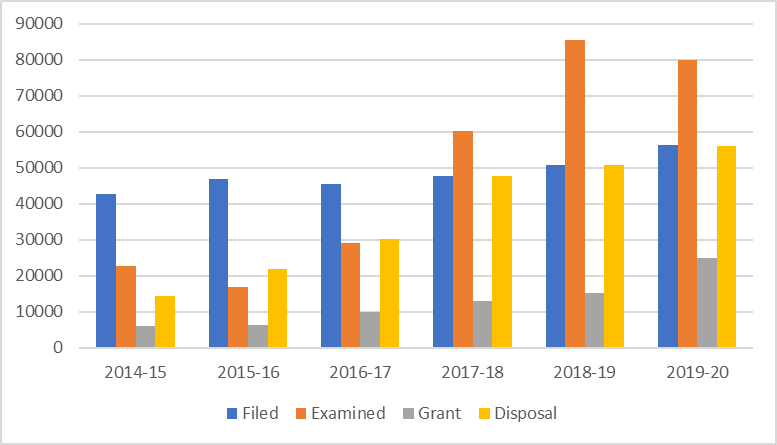 A pilot Patent Prosecution Highway (PPH) project with Japan has been signed and started in the month of December, 2019. 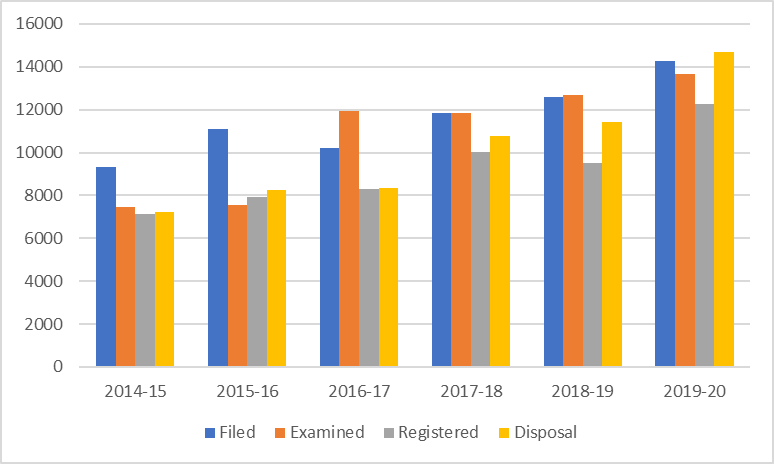 In addition, the Government of India accepted the proposal for India’s accession to the WIPO Copyright Treaty and WIPO Performers and Phonograms Treaty, which extends the coverage of Copyright to the internet and digital environment.

As demonstrated above, the initiatives taken by the Office of the Controller General of Patents, Designs and Trademarks (CGPDTM) have materialized in the form of numbers achieved by it. Treading on this path at this pace, our dream of having an efficient IP Ecosystem will soon be fulfilled.