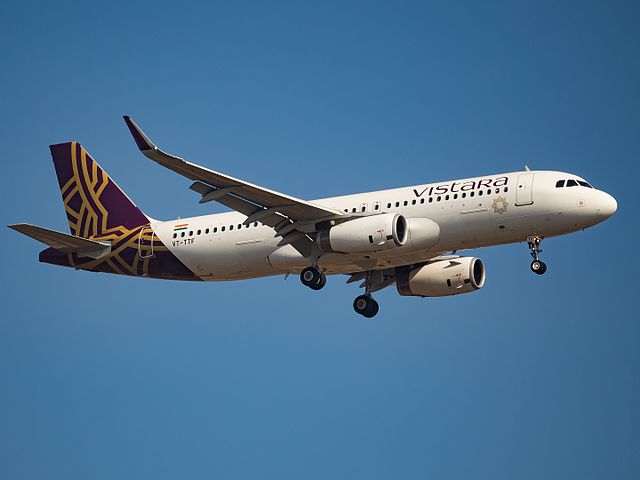 In February 2019, Tata SIA Airlines Limited found M/s Pilot18 Aviation Book Store to be selling products such as badges, name tags and other accessories under the brand ‘Vistara’ through its own website and various e-commerce portals, such as Amazon, Snapdeal, etc.

Tata SIA Airlines Limited is one of the most popular airlines which operate under the brand name ‘Vistara’. It is a joint venture between Tata Sons and Singapore Airlines and was founded in the year 2013. Although, it commenced its operations on January 09, 2015 with its inaugural flight between Delhi and Mumbai, the brand ‘Vistara’ has been in use by Tata SIA Airlines Limited since June 06, 2014. ‘Vistara’ has been registered under trademark classes 12, 21, 25, 27, 28 & 39 in India, Singapore & several other Jurisdictions. On July 11, 2019, ‘Vistara’ also announced their first international service from Delhi to Singapore and Mumbai to Singapore.

Since ‘Vistara’ has become a lead brand for Tata SIA Airlines Ltd. and the most sought after airline services in India, Tata SIA did not take dilution of their brand by M/s Pilot18 Aviation Book Store lightly. Tata SIA Airlines Ltd. immediately knocked the doors of the High Court of Delhi for an immediate injunction against M/s Pilot18 Aviation Book Store Ltd. The Hon’ble court passed an ex-parte injunction restraining the defendant from manufacturing, selling, offering for sale, or dealing in any manner whatsoever with any ‘Vistara’ branded products, or any other mark/logo which is identical or deceptively similar to the ‘Vistara’ mark/logo, vide order dated March 26, 2019. Further, the plaintiff prayed for the appointment of a Local Commissioner, which was allowed by the court. The Local Commissioner was directed to visit the premises of the defendant.

Initially, the defendant altogether denied the claims of infringement. They stated that they’ve never dealt with any products bearing the name ‘Vistara’. However, the court observed that the plea taken by the defendant in the written statement was contrary to the report filed by the Local Commissioner. According to the report of the Local Commissioner, around 300 products bearing the mark/logo ‘Vistara’ including tie clips, cufflinks, bag tags, stickers etc were found, and seized to be placed on record. In July, 2019, the statement of the defendant was recorded whereby they admitted of manufacturing, using, selling of the products bearing mark/logo ‘Vistara’.

In August, 2019, after hearing the arguments, the court was of the view that the defendant has infringed the mark/logo ‘Vistara’. The court permanently restrained the defendant from manufacturing, selling, offering for sale, or dealing in any manner whatsoever with any ‘Vistara’ branded products, or any other mark/logo which is identical or deceptively similar to the ‘Vistara’ mark/logo and also directed to pay Rs. 2,00,000/- to the plaintiff for infringing their mark/logo. The court was also of the opinion that use of this mark, even in respect of unrelated services would create confusion and deception so it deserves to be declared as a ‘well-known mark’.

Further, the court stated that the defendant has clearly committed the offence of perjury. However, in India, the laws are yet not stringent enough to punish the person who lies on oath for his benefit or under someone’s influence or with some intention to deceive another.

In terms of the Trademarks Act, it was observed that the defendant infringed the mark/logo ‘Vistara’ and was manufacturing, using and selling the products under the brand name ‘Vistara’.

Finally, the suit was decreed in favor of the plaintiff and against the defendant permanently restraining them from manufacturing, selling, or using the mark/logo ‘Vistara’. Further, awarded the cost of Rs. 2,00,000/- to be paid within a month to the plaintiff for damages caused as well as for tarnishing the reputation and goodwill of the brand name of ‘Vistara’. It was found that the act of the defendant did not only violate the trademark but also posed as a grave threat to airport security, as any unauthorized person could enter the airport using such counterfeit accessories. Therefore, the court permanently restrained the portal from selling goods such as badges, name tags and other accessories under the brand name of ‘Vistara’.