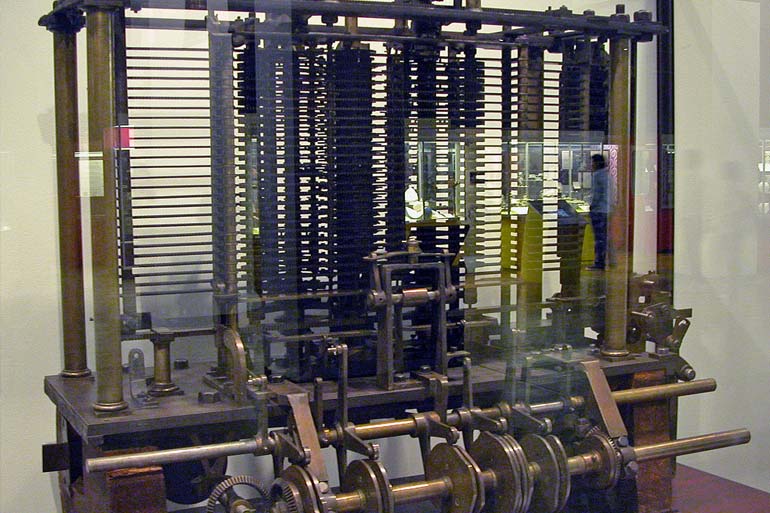 When we hear the word computer, it is quite natural that we imagine electronic computers based on solid state devices. When we say algorithms, we may imagine algorithms that are behind these computers and many programs that they execute. The age of solid-state electronics, however, dawned with the invention of the first practical transistor by Bardeen, Brattain, and Shockley, in Bell Labs in 1948. The patent names only Shockley as the inventor, though everyone acknowledges that these three were the inventors and they were awarded the Nobel prize together too.

Ada Lovelace is considered to be the first person ever to write a computer algorithm and a computer program. So, we may wonder how could she, who lived in the first half of the nineteenth century do that? Let us explore the relevant history in greater detail.

The word algorithm itself comes from the name of an ancient Persian mathematician named Ibn Musa al-Khwarizmi (780 – 850 CE) which was latinized to Algorithmi. An algorithm is defined as “In mathematics and computer science, an algorithm is a finite sequence of well-defined, computer implementable instructions, typically to solve a class of problems or to perform a computation”. AlKhwarizmi’s influential book on mathematics introduced the concept of algorithms to the west, with reference to mathematics, and was linked to his name. The concept of algorithms in mathematics, however, had existed much earlier. One example of this could be the algorithm provided by Aryabhata (476–550 CE) for finding integer solutions of an equation of the form ax + by = c, where x and y are unknown quantities and a, b, and c are known quantities with integer values.

Ada Lovelace was a mathematician and a scientist who had been educated by private tutors. During a nine-month period in 1842–43, Ada translated the Italian mathematician Luigi Menabrea’s article on Babbage’s newest proposed machine, the Analytical Engine. Explaining the Analytical Engine’s function was a difficult task, as many other scientists did not really grasp the concept and the British establishment had shown little interest in it. Her work was well received at the time; the scientist Michael Faraday described himself as a supporter of her writing.

Ada and her tutor Mary Somerville became close friends. She introduced Ada to Charles Babbage in 1833. In her teens, her mathematical talent led her to be associated with Babbage. She also came into contact with Michael faraday, Charles Wheatstone, and Charles Dickens. When she was twenty, she married William, 8th Baron King, and became Lady King.

Charles Babbage was an English mathematician and polymath who originated the concept of a digital computer. He had designed the first mechanical computer the Analytical Engine. The Analytical engine was never actually built completely at that time. However, later, based on his designs, such an engine was built that indicated that his analytical engine would have worked. Ada’s algorithm would have worked on such a machine.

Along with the translation of the Menabrea article, Ada wrote copious notes. One of them was a detailed, step by step method, for a computer to carry out a calculation. The notes themselves are around three times longer than the article and include, in complete detail, a method for calculating a sequence of Bernoulli numbers using the Analytical Engine, which might have run correctly had it ever been built. Based on this work, Lovelace is now widely considered to be the first computer programmer and her method is recognised as the world’s first computer algorithm.

Augusta Ada King, Countess of Lovelace, was the only daughter of the poet Lord Byron and his wife. When she was just five months old, Byron left England forever. Ada was often unwell and was paralysed by a bout of measles and was bedridden for a year. After that, she was able to walk with crutches. Despite this, her education by private tutors continued. Ada’s mother thought that Byron was mad and encouraged Ada’s interest in science and mathematics as a means of keeping madness away!