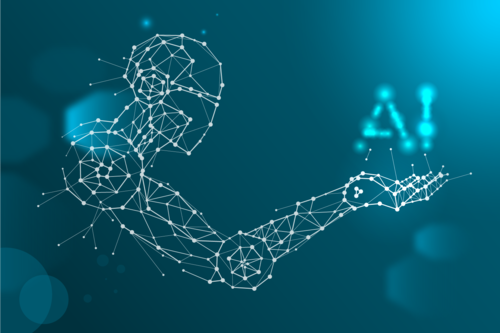 Artificial Intelligence (AI) is a robot or machine that thinks like humans and mimics actions of human cognition such as speech, perception, vision, and even decision making. AI has already started affecting the legal sphere including the Intellectual Property laws for which Patent offices are now facing challenges in various ways. The issue of patent protection for AI is in the process of getting resolved and new guidelines are being issued to process AI-related inventions. Curiously, the question of AI as an inventor became a point of discussion, when two patent applications EP 1875163 and EP 18275174, also known as DABUS patents, were filed in EPO naming AI as an inventor.

While thousands of AI-related patent applications are being filed all over the globe, the two AI-related DABUS patent applications filed with AI as an inventor remained unnoticed until their examination. The two patent applications directed towards a beverage container and a flashing device gained more popularity when got embroiled in a curious legal situation. Given that AI systems can think when fed with a theory of mind rather than a pre-programmed consequence engine, the theory of mind enables AI systems to create invention on its own without human intervention or assistance. Thus, AI-enabled machines are being developed in such a way, that they are capable of creating inventions without human intervention. That being the situation some experts believe that such AI related inventions should get patent rights for the created invention.

In DABUS patent applications (EP18275163 and EP18275174) that were filed designating AI as the inventor, where inventions were created autonomously by AI ‘DABUS’. DABUS is a Device for the Autonomous Bootstrapping of Unified Sentience that uses an artificial neural system to mimic the creative process of a human brain. The device is configured in such a way that it converts the information that it has learned into ideas. These ideas are then used as their cumulative experience to judge their merit. These patent applications were examined by the European Patent Office (EPO) and United Kingdom Intellectual Property Office (UKIPO) to check the requirements of patentability and found that applications meet the criteria of the patentability to the extent possible prior to the publication of the applications. These EP applications are filed stating the machine named “DABUS” as inventor. EPO raised an objection indicating the name of machine (DABUS) does not meet the requirement under the EPC (Article 81, Rule 19(1) EPC). The EPO stated “Names given to things may not be equated with names of natural persons. Names given to natural persons, whether composed of a given name and a family name or mononymous, serve not only the function of identifying them but enable them to exercise their rights and form part of their personality. Things have no rights which a name would allow them to exercise.”

Applicant’s Submission on designating AI as the inventor

The European Patent Office has refused the above patent applications which were filed to include the machine as an inventor. The EPO’s decision was published on 28 January 2020 setting out the reasons for its refusal of two European patent applications which include the AI system as the inventor. In its decisions, the EPO considered the interpretation of the legal position under Article 81, Rule 19(1) EPC as referred above and held that the inventor designated in a European patent must be a natural person.

Disagreeing with the Applicant’s arguments with respect to concealing the true identity of the inventor in cases where the subject matter of the application was developed without human intervention, the EPO stated that, the EPO does not verify the origin of the subject matter claimed in the patent application. The reasons also state that it is for the public, including an inventor omitted from the designation to challenge the incorrect designation.

Currently, the Patent law governed by all the jurisdictions including India, states that novel inventions are attributed to a human inventor. While a business can own a patent, it cannot be listed as the inventor of the patented innovation. As long as this definition of the inventor is present in the law, the probability of getting a grant for a patent with AI as an inventor is near to impossible even in India. The next best thing is to deliberate how we could justify grants for such inventions related to artificial intelligence. Since, artificial intelligence and machine learning fall under the ambit of section 3k, which states software-related inventions are not allowed, it is important to see the technical merits involved in such inventions. Moreover, with recent judgments favouring grant to a software-related invention based on the technical merits, we could hope more and more AI-related inventions with distinct technical merits get granted at the Indian Patent Office. Furthermore, considering that, the AI systems is one of the most important technologies of this era with a capability of creating inventions on its own, one way to resolve the question of inventorship related to AI inventions would be to allow “joint inventorship” between the AI and the human inventor of the AI system. With AI not being recognised as an inventor, the owners of the AI will not have any legal protection they need for the inventions that their systems create.