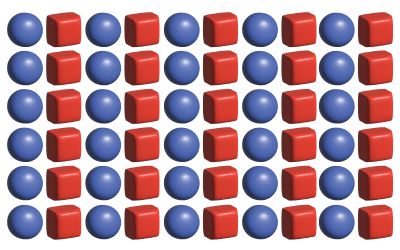 It is known that certain crystals can coexist as supramolecular synthons. Since the discovery of the first cocrystal of urea with NaCl in 1773 a lot has changed. In 1844, the first cocrystal of the 1:1 ratio between Benzoquinone and Hydroquinone (Quinhydrone) was obtained. Later Quinhydrone electrodes were made to measure the hydrogen ion concentration of a solution containing an acidic substance. Somehow the interest in understanding the chemistry of cocrystallization lost its shine and very few studies were published on the properties of the cocrystals. The potential applications for the design of pharmaceutical cocrystals once again revive the subject of cocrystallization when viable supramolecular synthons like Depakote for Epilepsy (1983); Calcit for infantile apnoea (1993); Lexapro (2002) and so on, got the approval of FDA in the USA and other countries.

While these developments were progressing elsewhere, a bilateral meeting jointly sponsored by the Indo−U.S. Science and Technology Forum (IUSSTF) was held in Delhi, India in 2012, on Pharmaceutical Cocrystals and Polymorphs. In this meeting, a generally accepted definition of cocrystals was evolved where cocrystals were defined as –

The success and acceptance of supramolecular cocrystals in the medical, material science and pharmaceutical industry have triggered the pharma industry to seek patent protection for such novel supramolecular crystals before obtaining FDA approvals for launch in the disease management industry using such cocrystals. That is when the pharma industry started looking beyond the polymorphs, metabolites, prodrugs, isomers etc., and shifted their attention to bringing more cocrystals of APIs and other synthons into the patient care product market. Many cocrystals like Suglat cocrystal of Ipragliflozin L-proline for diabetes (2014); Entresto for heart failure (2015) and steglatro cocrystal of Ertugliflozin L-pyroglutamic acid for diabetes (2017) and so on, got the approval of FDA in the USA and other countries.

Typical subject matter available for pharmaceutical patents in India includes a new chemical entity, solid form, or formulation, and processes of manufacture (e.g., a chemical synthetic route). In some patent jurisdictions, even methods of use or particular second medical indication are allowed. Indian patent law is designed to allow patents of a genuine invention. The Indian patent system does not support the evergreening of a patent. Therefore, neither new use nor the new form of a known substance is permitted to qualify as patentable under Section 3(d) of the Patents Act. This includes salts, esters, ethers, polymorphs, metabolites, pure form, particle size, isomers, mixtures of isomers, complexes, combinations, and other derivatives of known substance unless they differ significantly in properties with regard to the efficacy of the known substance. According to the Indian Supreme Court, the efficacy shall be the therapeutic efficacy.

When we look at the formation of cocrystals, we will find that they are new substances, and they can easily cross the novelty test under Section 2(1)(j). There is no issue relating to the obviousness hurdle as it is not obvious to successfully obtain the cocrystals in practice. Obtaining pharmaceutically acceptable cocrystals is a tedious and cumbersome process even when the traditional methods of cocrystallization are used. Unlike other classes of solid forms, cocrystals possess certain scientific advantages which make them a unique subject matter of patent and allow them regulatory advantages, and new intellectual property opportunities and challenges.

There is a certain challenge of Sections 3(d) and 3(e) which the applicants of cocrystals patent must overcome to find favour of the examiners in India. In case the objection under Section 3(d) is raised, which is more likely, the applicant must provide data on enhanced efficacy in the patent specification itself as the Section 3(d) reads

Explanation.—For the purposes of this clause, salts, esters, ethers, polymorphs, metabolites, pure form, particle size, isomers, mixtures of isomers, complexes, combinations and other derivatives of known substance shall be considered to be the same substance, unless they differ significantly in properties with regard to efficacy;”

As far as the objection of being derivatives of the same substance is concerned, again the applicant must prove that co-crystal is a new substance involving chemical interaction between two or more chemical entities which may be in form of a weak hydrogen bond which can be achieved under certain conditions specific to the used ingredients. The success of a pharmaceutically acceptable cocrystal is largely unpredictable.

It is also possible that cocrystals are treated as a mere admixture of known substances resulting in the aggregation of properties of the components under Section 3(e) in India which reads:-

“(e) a substance obtained by a mere admixture resulting only in the aggregation of the properties of the components thereof or a process for producing such substance;”

Chemically, pharmaceutical cocrystals are multicomponent systems composed of two or more molecules and held together by non-covalent interactions. It is correct to say that pharmaceutical cocrystals are a new solid crystalline form of known substances which offer superior physicochemical properties such as melting point, stability, solubility, permeability, bioavailability, and taste masking due to certain interactions. Certainly, such cocrystals should not in any way alter the pharmacological properties of each component. The applicants must provide data to show that the cocrystal exhibits a synergistic therapeutic effect when it is compared to each component taken separately or even in combination without undergoing cocrystallization.

The primary concern of the application for a patent for cocrystals is whether the selected molecules will pair within a crystal lattice to form a cocrystal rather than crystallize independently as a physical mixture itself. In case that happens, under Section 3(d), an objection will be a formidable question to surmount. In such cases, the applicant may look for any synergistic therapeutic effect of the combination. Whether cocrystals fulfil the requirements for the grant of a patent or not. A lot depends on how the applicant meets the objection raised by the examiner on a case-to-case basis. However, the applicant must have data to support that

(1) a given set of two or more molecular components will undergo cocrystallization
(2) primary intermolecular interactions, e.g., hydrogen-bond motifs occurred and that exist within a particular cocrystal structure and
(3) the overall packing arrangement in the resulting cocrystal structure is determined and established.

Recently, the Indian patent office has examined many new cocrystal applications and in a few applications, the patent is also granted. For example, Indian patent no 280026 was granted to Bayer Intellectual property GMBH for ‘new cocrystal compounds of Rivaroxaban and Malonic acid’. If we see the prosecution history of this case, the examiner had raised objections under Sections 3(d) and 3(e) but the patentee was able to show the information in the specification to support the formation of cocrystal and its beneficial effects like 2.5 factors higher solubility. Since a new cocrystal compound was obtained it could not be called a mere admixture under Section 3(e). A similar patent was granted by EPO (EP2288606B1) for Rivaroxaban cocrystal with malonic acid.

Position in US and EU

Many patents for pharmaceutical acceptable cocrystals have been granted in the US and Europe. For example, cocrystal of (carba)cephalosporins with parabens (US 60001996). Itraconazole cocrystals with a carboxylic acid (US 7446107); Cocrystal of AZD1152; a phosphate prodrug and maleic acid (US 7625910); cocrystals of SGLT-2 Inhibitor with l-proline (US 8097592) and so on. The European patents on cocrystals include (EP1755388B1) on mixed cocrystals of modafinil (EP2185546B1); Cocrystals and telaprevir (VX-950); (EP2334687B1) for SGLT-2 inhibitors, l-proline and pyroglutamic. Cocrystal of Celecoxib cocrystal with nicotinamide (EP1608339B1) and so on. Similarly, many Drug-Drug Cocrystals patent applications are awaiting patent approval. For example, Mesalamine with alpha-amino acids, flavones, and nutraceuticals (Anti-inflammatory); Cyprodinil–dithianon (Fungicides); Quercetin–metformin (Antioxidant and antidiabetic); Metformin–oleoylethanolamide (Antidiabetic and anti-obesity) and so on.

Certain crystals can coexist as supramolecular synthons. In this article published in Asia Law, DPS Parmar discusses the Indian position on the patentability of cocrystals, including the objections and challenges under Sections 3(d) and 3(e) of the Patents Act which the applicants of cocrystals patent must overcome, how to meet the patentability requirements, and the position in the US and the EU.