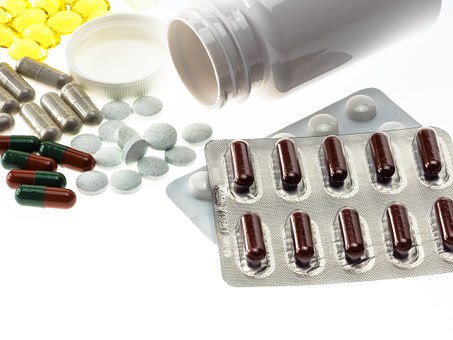 The plaintiff, Cipla, established that it has an established consumer base for the medical products ‘Budecort Respules’ and ‘Duolin Respules’ which are products of the salts Budeonide Nebuliser Suspension BP and, Levosalbutamol and Ipratropium Bromide Respirator Solution. They submitted that the mark ‘Respules’ was coined and has been registered and used since 2013. These medicines were sold by the plaintiff in a unique and colourful packaging as depicted below-

The plaintiffs requested the court to direct the defendant to present their accounts of profits, tender all impugned goods, and a permanent injunction restraining the defendants from dealing in any manner in products which-

Additionally, they also applied for an interim injunction, which was granted by the court against the defendant, Sun Pharma, which had adopted a deceptively similar packaging bearing the marks ‘Budefex Respules’ and ‘Duoz Respules’.

The plaintiff submitted that the interim order should be passed urgently as the attempt of the defendant was not only to infringe the copyright in the unique artistic work and trade dress displayed on the label which was adopted for selling the similar products but also an attempt to pass off their product as that of the plaintiff’s by confusing the consumers. If the defendants were allowed to sell their product bearing the offensive mark, packaging and label, the plaintiff’s rights would be diluted.

In response, the defendants filed multiple applications asking the court to vacate the said interim order. It was contended that they had already manufactured products valued at approximately INR 15 million and INR 35 million which may be allowed to be sold in the market. For subsequent/fresh productions they would adopt a new packaging/label, different from the one which has been used by them. They also submitted that the already manufactured medicines came with an expiry date and therefore the defendant may be allowed to sell the existing stock as these medicines are required for treatment of patients with Covid symptoms and they were one of the companies which were required to report the sale and stock position to the Union Health Ministry.

Dismissing the applications by the defendant to vacate the interim order, the Madras High Court stated that it cannot allow a party to violate another person’s intellectual property rights and remain a mute spectator where there was an attempt to pass-off the goods, even though the country was facing an unprecedented medical emergency and the possibility that the patients suffering from Covid-19 symptoms may have required the drugs manufactured by both the parties especially for the treatment of patients with respiratory ailments.

Since the defendant had stated that the medicines were to expire in a year, it was open for the defendants to recall the products and repack the same without further loss to itself and release the same with the revised label/package and mitigate its possible loss. No concession could be extended merely because the defendant may have had a chance to make a quick profit due to the pandemic.

The proposed modifications by the defendants to the products retained the mark ‘Respules’ which was deceptively similar to the plaintiff’s marks. The defendant was advised to substantially alter the trade dress, layout, colour combination, design, and artistic work on the label along with the words which were deceptively similar to the plaintiff’s mark ‘Respules’.

The plaintiff had established a prima facie case for continuance of the order and the balance of convenience to continue the interim order was in its favour even though an attempt was made by the defendant to nix the public interest due to the medical emergency in the country and world over with the rights of the plaintiff. If the defendant was allowed to release the products in the market, it would have resulted in immeasurable damage to the plaintiff.

Though not argued, the court also averred that the conduct of the defendant bordered with violation of provisions of Drugs and Cosmetics Act, 1940 as there was a prima facie attempt by the defendant to trade on “spurious drugs” as per the law.

In conclusion, some brands try to cash in on the market trends. But this time it was not only dangerous, but also illegal! The judiciary put the interest of the consumers at par with that of the plaintiff’s IP rights which shows that these two factors go hand-in-hand while deciding an infringement matter. This order was also a reminder for all the infringers to not take an undue advantage of a rather grim situation.

A pharmaceutical trademark infringer tried to convince the court to allow them to sell infringed products by citing the urgency created by the pandemic. Needless to say, the Madras HC had an entirely different view. Authored by Manisha Singh & Simran Bhullar, with research support from Triveni Singhal.