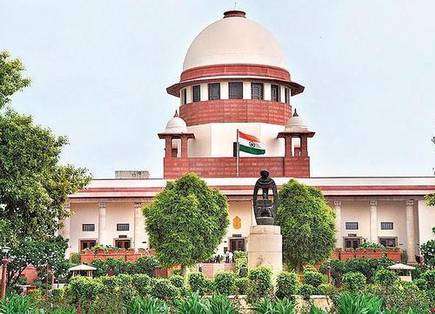 The Honorable Supreme Court of India in this week has issued several directions which are aimed to meet the current challenges caused by COVID-19 but the steps taken during this emergent time, will pave the way for modernizing judicial system.

While holding a hearing through video conference, the Supreme Court of India on April 6, 2020 issued a number of directions to Courts across the country to facilitate hearing of cases through video conferencing, a step which the Court said was essential to ensure that court premises do not contribute to the spread of Covid-19.

A three-judges bench, headed by the Honorable Chief Justice of India said that hearings in congregation must become an exception during the lockdown period and taking steps towards that end is a matter of duty and not an exception.

The Court said “until appropriate rules are framed by the high courts, video conferencing shall be mainly employed for hearing arguments whether at the trial stage or at the appellate stage”.

Passing the order in a suo moto action under Article 142 of the Constitution of India, the Court said that “The Supreme Court of India and all High Courts are authorized to adopt measures required to ensure the robust functioning of the judicial system through the use of video conferencing technologies”.

As per the said Order, video conferencing, will be used by the Courts for hearing arguments and for recording of evidence and examination of witnesses, consents of the parties will be obtained before using video conferencing.

The Court further directed that if it was necessary to record evidence in a court room, the presiding officer shall ensure that appropriate distance is maintained between any two individuals in the court.

The hearing was attended by the Attorney General and the Director General of National Informatics Centre, the nodal agency of the Government of India which provides IT infrastructure to the Government and supports delivery of some of the initiatives of Digital India.

Pursuant to the aforesaid directions, we have observed increased number of cases being heard by the Courts across India through video conferencing during the current country wide lock down. However, once necessary rules are framed by the respective High Courts, we are sure that the technological infrastructure and facilities developed during this emergent period, are here to stay and will eventually modernize our justice delivery system.

The two-hour session which involved hearings in 9 listed cases and one urgent matter, was first ever live-streaming of the court proceedings.

The Supreme Court in 2018 by decision passed in a number of writ petitions allowed the live-streaming of court proceedings of cases of constitutional and national importance, stating that the “sunlight is the best disinfectant”.

Helpline for Mentioning Urgent Cases Before the Supreme Court

In continuation of several orders passed by the Courts to facilitate hearings in extremely urgent cases during the current lockdown, the Secretary General of the Supreme Court of India has issued a circular to set up a Helpline to aid Advocates-on-Record (AoRs) for mentioning and listing of urgent matters.

The purpose of the Helpline is to assist Advocates-on-Record (AoRs) appearing for the parties and the parties-in-person, for mentioning and listing of extremely urgent matters, which have already been mentioned via emails sent to mention.sc@sci.nic.in

The helpline is set up in response to the representation submitted by the Supreme Court Advocates On Record Association requesting the Court to take urgent steps to enable the Advocates/ Party-in-person to assist the Court effectively in the present lockdown situation.

Both the above directions are active steps in modernization of our Judicial system, where Virtual Courts and fast track litigation routes would be the new norms.