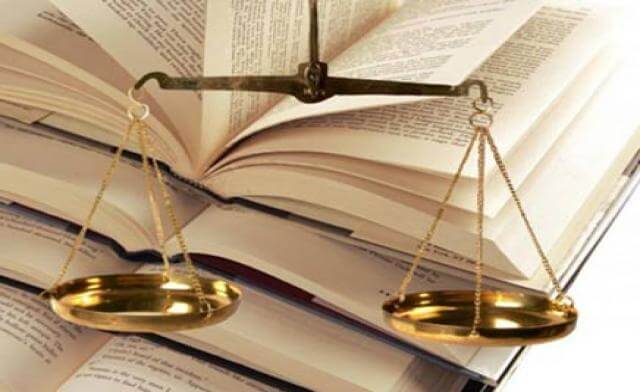 There are many statutes which were promulgated during pre-independent era and still stand intact and effective for adjudication of issues/ situations arising at present. A situation which was not in contemplation of the Parliament at the time of making the law, have been held to be included within the domain of the Act if the words are capable of comprehending it. This is succinctly called doctrine of ongoing interpretation of a statute and is in deviation from the doctrine of Contemporanea Expositio Est Optima Et Fortissima In Lege which means contemporaneous explanation is the best and strongest in law and a statute is to be construed as it would have to be construed a day after statute was passed giving effect to its contemporary meaning.

The doctrine of Contemporanea Expositio essentially means that Courts while construing a statute will give much weight to the interpretation put upon it. The doctrine is applied as a guide to the interpretation of the statute by referring to the exposition it has received from the contemporary authority at the relevant point of time when it was enacted. The Courts in India have taken recourse to the doctrine of Contemporanea Expositio in number of authorities while interpreting the statutes enacted by the legislature[i]. Under this doctrine the Courts are bound to interpret the statute while according due deference to the interpretation which must have prevailed at the time of its enactment. The Supreme Court in Ultratech Cement Ltd. and Ors. v. State of Rajasthan and Ors.[ii] has held that the doctrine of Contemporanea Expositio means that the best way to construe a document is to read it as it would have been read when made. It is based on the principle that in interpreting an Act of Parliament it is proper and indeed necessary to have regard to the state of affairs existing and known by Parliament to be existing, at the time of its enactment.

To avoid the possible confusion between both the doctrines, the Supreme Court has clarified in Senior Electric Inspector v. Laxminarayan Chopra (supra), the doctrine of Contemporanea Expositio is generally applicable when the Court is construing ancient statutes, and doctrine of ongoing interpretation is applicable when the Court is interpreting Acts which are comparatively modern. However, the fundamental rule of construction of statute has always remained same i.e., to ascertain what is the expressed intention of the legislature. Though, with the passage of time and for a modern progressive society, it would be highly unreasonable to confine the intention of a Legislature to the meaning attributable to the words used at the time when the law was made.

Often the Courts are called upon to interpret a statute and its application to new situations which were not in contemplation of Parliament when the statute was enacted. In such cases the Courts are to consider whether those situations fall within the parliamentary intention. Generally, it would be within the sweep of parliamentary intention, if it can be detected that there is a clear purpose in the legislation which can only be fulfilled if the extension is made to the new situations, or they fall within the same genus of facts as those to which the expressed policy has been formulated. Keeping in mind this principle, the Supreme Court in Dharani Sugars and Chemicals Ltd. v. Union of India[v], rejected the argument that section 35A of the Banking Regulations Act, 1949 which was introduced in the year 1956 cannot be looked as a source of power of Reserve Bank of India to issue guidelines to invoke Insolvency & Bankruptcy Code since IBC was enacted in the year 2016.

Both the doctrines are equally significant and are necessary tools for the Courts while interpreting the law to uphold the true intention of the legislature in enacting the law. The true sense of doctrine of ongoing interpretation based on principle of always speaking undergirds the rational that where a statue employs a concept which has changed in content with advancing society, the same should be interpreted as it is currently understood. Thus, the content changes but the concept remains the same and the meaning of statutory language remains unaltered[vi]. But the doctrine cannot be used and thus shadow the doctrine of Contemporia Expositio to construe the language of an old statue to mean something conceptually different from what the contemporary evidence shows that the Parliament must have intended at the time of enactment. This can be explained with the help of a case wherein the House of Lords[vii] decided to not construe the word “to maintain” (the road) to include the removal of ice and snow even though in modern times the road users may expect such services. While holding so the House of Lords referred to the contemporary evidence which showed that the concept of maintenance in the legislation was confined to keeping the fabric of the road in repair and does not encompass service of removal of ice and snow from the road.

The courts are entrusted with essential task to interpret statutes and are sometimes called upon to interpret its application to new situations which were not in contemplation of Parliament when the statute was enacted. This article, authored by Manisha Singh and Nisha Sharma, discusses two important doctrines viz. the doctrine of ongoing interpretation and the doctrine of contemporanea expositio, and the circumstances under which the same are used by the apex court in India.