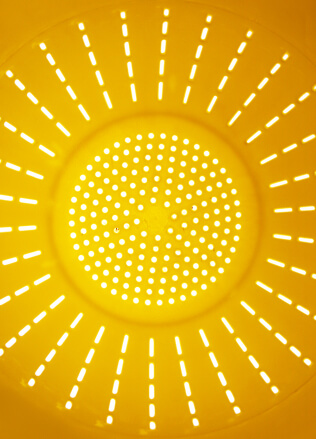 The plaintiff was stated to be the registered proprietor of various SUN CONTROL/ SUNCONTROL formative marks such as with the device of Sun in Class 17 and of the mark SUN CONTROL CLASSIC in Class 16 in respect of, inter alia, polyester film, for arresting radiation of ultra violet rays (in other words window films for sun protection), plastic films, packing, packaging and insulating material.

Although the registration of one SUNCONTROL formative mark incorporated a disclaimer that there would be no exclusive right over the use of the word ‘control’ separately, the marks were asserted to have gained significant goodwill and reputation in the relevant markets for which substantive documentary evidence was also furnished by the plaintiff before the Hon’ble Court.

In April 2014, the plaintiff came across the defendant’s use of the expression “3M Sun Control Window Films” in relation to window films being goods that are identical to the goods of interest of the plaintiff under its prior, identical mark SUNCONTROL.

Consequently, a suit for infringement and passing off was filed by the plaintiff.

Arguments by the parties:

It was contended by the defendant that the plaintiff was estopped from claiming the mark to be non-descriptive since the plaintiff itself submitted evidence such as commercial brochures stating “Garware Plastics & Polymers Limited have developed Polyester Film for Sun Control applications, making it the newest and most significant development in Sun Control technology” at the time of prosecution of its own mark and to overcome the ‘descriptiveness’ objection raised by the Examiner.

Further, the defendant furnished cogent documentary evidence to suggest that even before the plaintiff had entered the market, the term ‘Sun Control’ was being used in a purely descriptive sense by the relevant purchasers and members of trade and that the said words in relation to plastic films actually meant and were commonly implied to be “polyester films for arresting the radiation of ultra violet rays” which was exactly how the plaintiff also described the specification of goods under its registrations.

It was also substantiated by the defendant that there were various entities in whose names marks were registered and/or pending for registration in India and abroad which encompassed the expression SUN CONTROL and that there were international users of the same as well even prior to the plaintiff’s date of adoption of the mark. Thus, no single entity much less the plaintiff could claim monopolistic rights over the use of the said expression.

The plaintiff, on the other hand contended that its registered mark SUN CONTROL is not descriptive since it has no direct reference to the character or quality of the products. Further, in its own trademark applications, the defendant did not specify or describe its goods as ‘sun control films’ and as such, the defendant’s assertion that the said words are descriptive is baseless.

The plaintiff further pointed out that one of defendant’s websites incorporated the words ‘sun control’ as part of the domain name and the same suggests its use as a trade mark. The plaintiff asserted that the use of a registered trade mark of another in domain names also amounts to infringement.

It was further contended that even otherwise the mark ‘SUN CONTROL’ of the plaintiff had acquired significant distinctiveness, goodwill and reputation through longstanding use, promotion and publicity and the high quality of the products as established through documentary evidence placed on record. Thus, the mark, by all means, was associated exclusively with the plaintiff among the relevant sections of the public and members of trade.

Further, even if it is assumed that the intention of the defendant’s use of the words ‘sun control’ is to describe the characteristics of the goods, what is relevant is as to how such use is actually construed by the general public and members of trade. Thus, if the same is construed as trade mark usage then the intention of the infringer would be immaterial.

The court upheld the contentions raised by the defendant and dismissed the case on, inter alia, the following grounds:-

Although the decision is in favour of the defendant in view of the principles enshrined in the provisions of Sections 30(2)(a) & 35 of the Act as to the descriptive use of the expression for which another party such as the plaintiff has trademark registration(s), the territory-specific common law rights acquired by the plaintiff also need to be carefully analyzed for the purpose of determining passing off, especially when the two sets of goods are identical in nature.

Thus, the three well-settled tests of passing off as laid down in a plethora of judgments viz. (i) reputation and goodwill acquired by the plaintiff qua the mark in question; (ii) misrepresentation caused among the public and trade or likelihood thereof by the use of the mark by the defendant; and (iii) consequent damage to the goodwill or reputation of the proprietor of the mark/plaintiff or even the likelihood of such damage – are required to be seen in light of the facts and circumstances of a particular case.

Also, if the reputation and goodwill and the ensuing acquired distinctiveness of the mark in favour its proprietor has been established, the other two tests pertaining to the likelihood of misrepresentation and damage to goodwill may be presumed.

However, such a presumption would depend on the facts and circumstances of every case including but not limited to the nature and strength of the mark in question and as to whether the same is purely descriptive of the characteristics of the concerned goods/services. As such, an incisive balancing mechanism has to be employed by the courts to come to a reasoned decision involving the above aspects of law.

All in all, keeping in mind the evidence looked into by the court and judiciously applying the above principles of law, the court’s aforesaid decision seems to be well reasoned and is fit to convincingly contribute to the list of good precedents on the above aspects of law as also mixed with questions of fact.

[1] A registered trade mark is not infringed where the use in relation to goods or services indicated the kind, quality, quantity, intended purposes, value, geographical origin, the time of production of goods or rendering of services or other characteristics of goods or services.