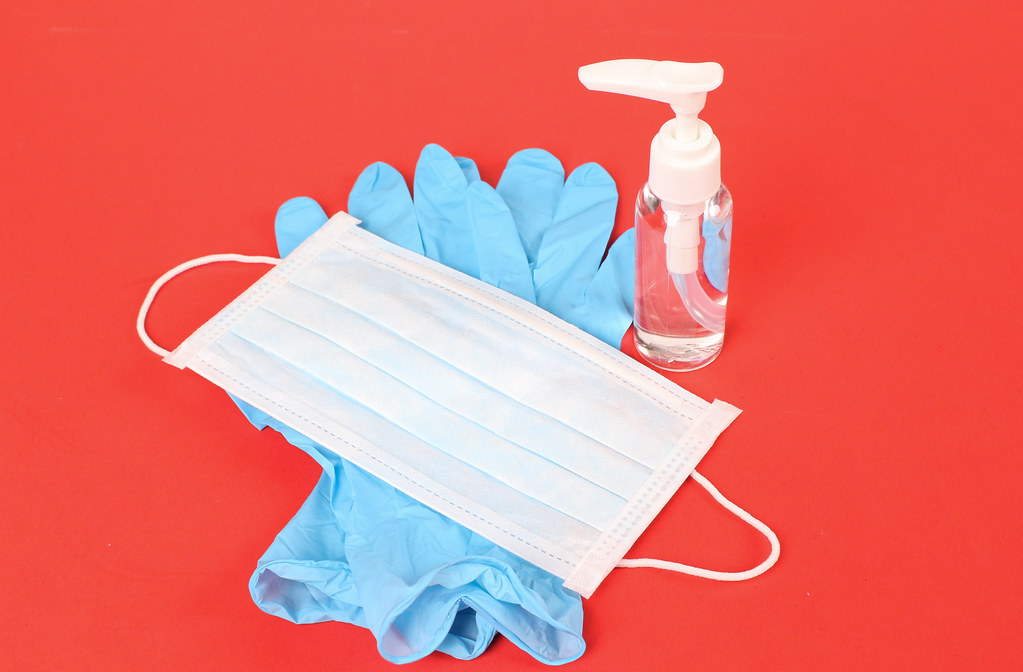 Further, general principles applicable to working of patented inventions in Section 83 of the Indian Patents Act mentions mutual advantage of producers and users of technological knowledge and in a manner conducive to social and economic welfare, and to a balance of rights and obligations. The patents granted should not impede protection of public health; the patents granted do not in any way prohibit the central government from taking measures to protect public health; and the patents are granted to make the benefit of the patented invention available at reasonably affordable prices to the public.

In 2005, World Trade Organization members reached agreement on an amendment to the Agreement on Trade-Related Aspects of Intellectual Property Rights (TRIPS) and the 2005 Ministerial Declaration which stated: “We reaffirm the importance we attach to the General Council Decision of 30 August 2003 on the Implementation of Paragraph 6 of the Doha Declaration on the TRIPS Agreement and Public Health, and to an amendment to the TRIPS Agreement replacing its provisions. In this regard, we welcome the work that has taken place in the Council for TRIPS and the Decision of the General Council of 6 December 2005 on an Amendment of the TRIPS Agreement.”

This decision created a mechanism to allow WTO members to issue compulsory licences to export generic versions of patented medicines to countries with insufficient or no manufacturing capacity in the pharmaceutical sector.

The Doha Declaration received positive reception, with many public health officials considering it an important step in prioritizing public health over intellectual property rights “in certain situations.” A major topic at the Doha ministerial regarded the TRIPS Agreement. The issue involves the balance of interests between the pharmaceutical companies in developed countries that held patents on medicines and the public health needs in developing countries.

The amendment, the first ever to the TRIPS Agreement, was circulated to WTO members for formal adoption. A deadline of December 1, 2007, was set for members to accept the permanent amendment. For the amendment to be put into effect, at least two-thirds of members must formally adopt it. In 2008 a decision was made to extend the deadline for accepting the TRIPS agreement amendment. The deadline was extended until December 31, 2009, or “such later date as may be decided by the Ministerial Conference.” The General Council further extended the deadline in 2011 to December 31, 2013.

According to Section 84 of the Indian Patents Act, at any time after the expiration of three years from the date of the grant of a patent, any person interested may make an application to the Controller for grant of compulsory license on a patent on any of the following grounds: a) that the reasonable requirements of the public with respect to the patented invention have not been satisfied, or b) that the patented invention is not available to the public at a reasonably affordable price, or c) that the patented invention is not worked in the territory of India.The Controller, if satisfied on any of the above grounds, may grant a license upon such terms as he may deem fit. The terms and conditions of compulsory licenses provided in Section 90 include working of the patented invention to the fullest extent by the person to whom the license is granted and with reasonable profit to him; making available the patented article to the public at reasonably affordable prices. The license granted is non-exclusive, the right of the licensee is non-assignable and the license is for the balance term of the patent unless a shorter term is consistent with public interest. The licence is granted with a predominant purpose of supply in the Indian market and that the licensee may also export the patented product, if need be in accordance with the provisions of Section 84.

Having said above, there is a special provision for compulsory licences on notifications by the central government under Section 92 of the Patents Act. In respect of any patent in force in circumstances of national emergency or in circumstances of extreme urgency or in case of public non-commercial use, if the central government is satisfied that it is necessary that compulsory licenses should be granted at any time to work the invention after the grant, it may make a declaration to that effect by notification in the Official Gazette. The circumstances include public health crises, relating to acquired immunodeficiency syndrome (AIDS), human immunodeficiency virus (HIV), tuberculosis, malaria or other epidemics. In settling the terms and conditions of a licence granted under this section, the Controller endeavours to secure that the articles manufactured under the patent shall be available to the public at the lowest prices consistent with the patentees deriving a reasonable advantage from their patent rights.

At any time after an application for a patent has been filed at the patent office or a patent has been granted, the central government and any person authorized in writing by it, may use the invention for the purposes of government in accordance with Section 100 of the Patents Act. The authorization may be given to any person whether or not he is authorized directly or indirectly by the applicant or the patentee to make, use, exercise or vend the invention or import the machine, apparatus or other article or medicine or drug covered by such patent. Except in case of national emergency or other circumstances of extreme urgency or for non-commercial use, the government notifies the patentee with such information as to the extent of the use of the invention, from time to time. If any person refuses or fails to furnish to the central government any information which he is required to furnish, or furnishes false information, he shall be punishable with imprisonment which may extend to six months, or with fine, or with both under Section 122 of the Indian Patents Act.

Rights of third parties in respect of use of invention for purposes of the government changes under Section 101 of the the Patents Act. The provisions of any licence, assignment or agreement granted or made, between the patentee or applicant for the patent (or any person who derives title for him or from whom he derives title) and any person other than the central government shall be of no effectso far as those provisions restrict or regulate the use for the purposes of the government of the invention or provide for the making of payments in respect of any use of the invention. The reproduction or publication of any model or document in connection with the said use for the purposes of the government is not considered an infringement of any copyright subsisting in the model or document.

The WHO’s coronavirus treatment protocol has a lengthy list of products that are needed at different stages of the disease outbreak. Efforts are also on war-footing to procure more protective gear, diagnostic kits, ventilators and so on. India is the largest provider of generic medicines globally, having a 20 percent share in global supply by volume, and supplies 50 percent of global demand for vaccines. Recently, the Directorate General of Foreign Trade (DGFT) amended the export policy for active pharmaceutical ingredients (APIs) such as vitamins B1, B6 and B12, tinidazole, metronidazole, acyclovir, progesterone and chloramphenicol, among others, to free from restricted in a notification dated April 6, 2020.

The current market size of the medical devices industry in India is estimated to be US$11 billion. Medical devices are segregated into six major segments, of which equipment and instruments (surgical and non-surgical) form the largest portion (53 percent) of the pie in India. Exemption is granted from basic customs duties and health cess (until September 2020) on import of ventilators, masks, personal protective equipment (PPEs), test kits, and inputs used to manufacture these.

Cess is a form of tax charged or levied over and above the base tax liability of a taxpayer. In Indian taxation and economics, a cess is usually imposed when the state or the central government looks to raise funds for specific purposes.

The Ministry of Textiles, along with the Ministry of Health and Family Welfare and the Department of Pharmaceuticals under the Ministry of Chemicals and Fertilizers, are working with industry bodies, stakeholders and manufacturers on a 24×7 basis to streamline the supply chain, remove bottlenecks and maintain a steady supply of all materials required for body coveralls, N95 masks and 2- and 3-ply surgical masks for healthcare professionals to combat Covid-19 cases.

The Strategic Investment Research Unit (SIRU) is the research and analysis backbone of Invest India. SIRU is in-charge of creating a knowledge repository which is served as information resource to the Department for Promotion of Industry and Internal Trade (DPIIT) and in the outreach and facilitation work of Invest India. Guidelines for telemedicine and for the Aarogya Setu app, an Indian open-source, cross platform contact tracing, syndromic mapping and self-assessment digital service developed by the National Informatics Centre under the Ministry of Electronics and Information Technology, have been updated recently.

On March 1, 2020 – two days before the WHO spoke of a global shortage of PPE – India had no PPE coveralls suitable for Covid-19. PPEs are protective garments designed to safeguard the health of workers by minimizing the exposure to a biological agent. PPEs include goggles, face shields, masks (surgical/N95), gloves (surgical/examination), coveralls/gowns (with or without aprons), head coverings and shoe coverings. India was completely dependent upon imports as far as PPE kits are concerned. In 60 days, the PPE industry in India has witnessed 56 times growth. India now produces nearly 450,000 PPE kits every single day.

Two of the medicines which are undergoing clinical trials to see if they can be repurposed for Covid-19, favipiravir and remdesivir are patent-protected in India. However, there is no need to panic at this stage, as the Indian Patents Act contains robust provisions to deal with such circumstances, as explained above.

Amidst rolling global shortages of personal protective equipment and pharmaceuticals, Manisha Singh and Preeti Tyagi explain how the Indian Patents Act and the TRIPS Agreement can help the Indian government manage the Covid-19 pandemic.