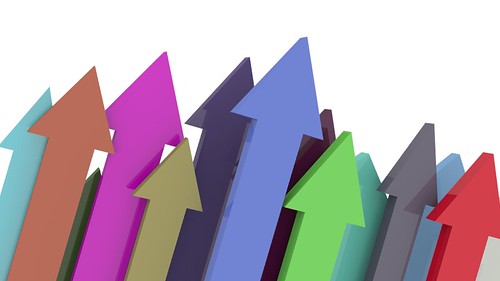 What is common to Google, Kentucky Fried Chicken, New York Times Bestseller List, and Listerine? This may appear a strange question. Apart from their international fame and success in their respective fields, there seems to be nothing common to all of them.

What is, in fact, common to all of them is Trade Secrets. Or at least, they owe some part of their success to Trade Secrets. A closer look at their stories makes interesting reading. But that is not the point here.

When people invent something or create something novel, quite often, their first inclination is towards protecting it with a patent. In certain fields of creative work such as engineering and pharmaceuticals and among many start-ups, the term intellectual property tends to mean patents, exclusively. But are patents the only way to protect your intellectual property? The purpose of this article is to explore what Trade Secrets have to offer.

One alternative to patenting an invention is to keep it secret. Having said that, some countries provide Trade Secret protection whereas India and many other countries do not do. They offer protection through other laws related to breach of contract, breach of confidentiality, law of torts and so on.

Let us see what a Trade Secret means and its advantages and disadvantages.

A Trade Secret may be defined as any information that;

Anything that can be completely known by just inspecting a product on the market cannot be a Trade Secret.

Any kind of information may qualify as a Trade Secret; a device, a system, a formula, a pattern, a method of production or other know-how, information or plans related to marketing, sales strategies, export and shipping means, and proprietary software used for various business purposes, and so on.

My first experience with a Trade Secret was more than three decades ago when I visited a collaborator’s factory in Europe. The company had installed a custom-built storage facility where everything from the smallest to the largest items the company used were stored. No one had access into the storage area itself. There were only robots inside, perhaps very primitive ones, which could be commanded to pick up any item and place it on a conveyor that would convey it to the delivery area of the stores. Similarly any incoming material would be picked up at the receiving station and placed on the conveyor. And once inside, the robots would put it on a shelf. Because of the insightful features that were built into the system, it reduced man power, reduced the receipt, storage and recall times so much so that it provided an economic advantage to the company which operated in an intensely competitive field. I was allowed to see the system only after obtaining special permission but the details of the insightful features were not revealed.

Let us take a look at the advantages of Trade Secrets. Trade Secrets do not require registration and hence, have no registration costs. They require no disclosure as patents do. Trade Secrets offer protection for unlimited time – until it is no longer a secret, for whatever reason. They are effective immediately.

Trade Secrets offer protection only against illegal or unauthorised acquisition of the secret by a third party. But legal methods such as independent or serendipitous invention or reverse engineering do not constitute violation.

One has to consider keeping a technology or know-how secret when the following are true and provides an economic advantage:

In other words, when it is possible to keep any information secret with reasonable efforts and it offers an economic benefit, one should consider Trade Secrets. In conclusion, one has to be aware that there is a choice – between patents and Trade Secrets and exercise this choice for business advantage. It may require the assistance of an external agency well versed in the area and it is worth the while to use it.