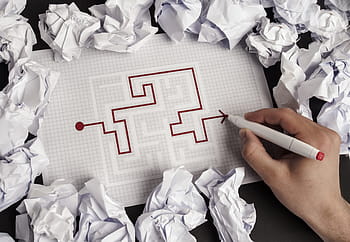 The career growth of a female lawyer is often challenged by difficult work-life balance choices, leadership bias, a lack of opportunity for dialogue and debate, and stagnant workplace cultures. There have been plenty of instances where a female has been treated as less competent in comparison to their male counterparts. The normalisation of problematic patriarchal social norms also adds heavily to the distress.

A female lawyer is expected to walk a tightrope, striking a perfect balance between an ever so demanding workplace and their domestic lives. The existing cultural stereotypes stick out like a sore thumb in this already difficult situation.

Getting away with stereotypes. There is a drastic need for blurring the lines between culturally assigned gender-based roles, which ultimately impact upon a woman’s career. Why does a child always go to the mother for food and the father for a new toy? Why not either for either purpose? A woman’s career is often perceived as a mere “hobby”. Patriarchy is as bad for men as it is for women, for it makes the man “the sole bread winner”, while extending a false sense of control.

Changing hostile work environment. If the leadership or employees of a workplace create a hostile environment for a particular gender, then no amount of progressive policies can help in catalysing women’s unbiased participation. To create a more inclusive workplace environment, passive sexist behaviour should be done away with, and women should be offered equally challenging work and opportunities.

Regulating working hours. An erratic time culture, especially in law firms and law chambers, is another challenge regularly faced by women lawyers, who are expected to work at odd hours, which is far more difficult for them in comparison to male counterparts due to safety concerns and domestic responsibilities. Unfortunately, a lack of work-life balance and long working hours are seen as a matter of pride in the legal profession.

Firstly, absence from work for short or long stretches invites an unspoken disapproval in all professions and businesses across the board, including the legal fraternity, and may result in a loss of networking and promotion opportunities.

Law firms usually tend to avoid hiring female lawyers from a particular age group to avoid loss of working hours, but that trend has lately been changed and we see many law firms having more female lawyers than men. For instance, more than 70% of employees and professionals at LexOrbis are women. At the firm’s Mumbai office, that figure is 100%, except for one male security guard. Secondly, maternity benefits are only available to women working in law firms and companies, and not to litigating lawyers associated with law chambers.

Gender inclusivity in leadership. While the gender ratio may not be that skewed at entry level, it is alarming when looked at in leadership roles. While corporate laws and related guidelines provide for the inclusion of at least one female in a decision-making role, organizations often flout such provisions. The bias related to appraisals, promotions, better opportunities, etc., prevents women from climbing the corporate ladder.

While companies are increasingly hiring women, the roles are mostly limited to entry level. The chances of a woman getting promoted within the same career span as that of a man are not good. Still, more women are working at higher levels in in-house jobs. The judiciary, the courtrooms and the bar all tell a starkly different story.

Workplace policies affect the chances of women getting hired as partners in law firms. As of 2020, only eight female judges have been appointed to the Supreme Court of India, which has been functioning for the past 70 years. A low number of women representatives in the bar councils and associations is another example of the exclusion of women from decision making roles. The fact that the number of leading female lawyers can be easily tallied is worrisome.

Policies to discourage gender bias. The legal industry would realize the actual potential of women if it adequately supported them through progressive workplace policies. Avoiding odd working hours, and introducing crèche facilities, strict anti-harassment rules and increased safety initiatives are some of the measures companies and law firms can easily take in order to create a gender-inclusive work environment.

While some organizations are actively striving to achieve gender-neutral workplace policies, they are often confronted with cultural roadblocks. This must be strictly dealt with by a zero-tolerance approach towards discrimination of any sort, even unconscious bias. Gender diversity should be encouraged and organizations should make it a point to invest their resources in creating holistic work policies. Diversity training and workshops should be conducted at regular intervals to create sensitization towards the female gender.

Zero tolerance towards harassment. Harassment at the workplace also contributes greatly to women’s disadvantage. The legal profession has always been male-dominated, and women are often seen as misfits who have to prove themselves time and again to establish their worth. This leads to exploitation and harassment by those in power, which reinforces gender disparity in the legal profession.

The Supreme Court passed a landmark judgment in the case of Vishakha & Ors v State of Rajasthan & Ors, where a list of guidelines for safeguarding women in the workplace was passed. These guidelines were then given a better legal outfit after the enactment of the Sexual Harassment of Women at Workplace (Prevention, Prohibition and Redressal) Act, 2013. Sadly, there is still hesitation when it comes to reporting such incidents. The victim is usually ostracized, and may face backlash from the industry.

Colleagues often create an awkward environment of mistrust around a complainant. There is a pressing need of sensitization to avoid such instances of victim blaming.

Infrastructural shortcomings. Litigating female lawyers face prejudice not only from their counterparts but also from the institution. The lack of women washrooms, proper hygiene facilities, sanitary pad vending machines, crèche facilities, etc., in Indian courts and lawyers’ chamber blocks is a less talked about example of the issues faced by women lawyers. Seldom do we find bar associations and court authorities allocating resources and setting targets towards such infrastructural needs. Major infrastructural changes are required to accommodate gender diversity.

Undoing gender pay gap. The gender pay gap is like an indirect penalty levied on women for being anatomically different. Article 39 (d) of the Indian Constitution promises equal pay for equal work for men and women. Yet, on the ground, vast pay gaps exist.

Even though women lawyers are equally educated and trained, they are often paid less once they move up the career ladder. At entry level, this gap is relatively low. Some law firms provide equal pay for equal roles. However the career growth of women is challenged by slower promotions, lower incentives and other benefits.

Validation from clients. As unreal as it may sound, many clients often request opinions from male colleagues while working with female lawyers. If a male and a female lawyer enter a client meeting together, such clients usually perceive the female to be the junior, and start interacting with the male lawyer first. Additionally, clients tend to show more trust in male lawyers.

For women in the legal profession, trust from colleagues and clients comes after years of hard work. Also, women are judged not only on their intellect, but also on the basis of their physical appearance. Hence, women deal with the constant pressure of performing better, and working harder than their male counterparts. Women are forced to balance between being not too aggressive, and not too weak, either.

The glass ceiling clearly exists in the legal profession, and bars women lawyers from reaching their true potential. To shatter this ceiling, a major upheaval is needed with respect to cultural and professional expectations from women. In addition to blurring the gender based division of domestic responsibilities, a woman should not be expected to assimilate to male norms or ‘work like a man’ in her professional space. A woman can work like a woman, and get the work done.

A conscious effort has to be made to build greater gender parity at all levels of an organization – the unconscious and latent biases should be done away with. At any organization, gender sensitization must begin from the top for equality to be embraced at all levels.