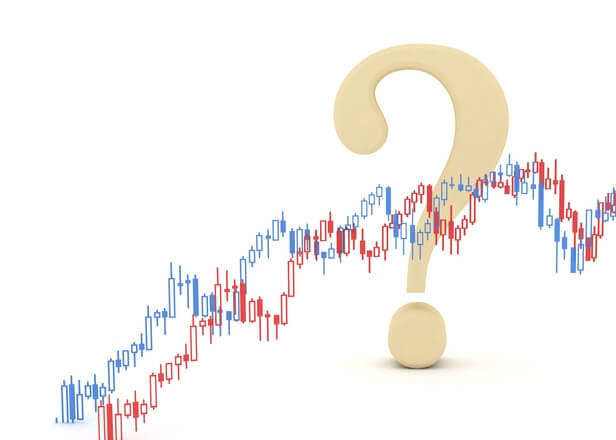 The Supreme Court of India recently while bringing much-awaited relief to Non-Banking Financial Corporations (NBFCs) has upheld the supremacy of the Reserve Bank of India (RBI) over the supervision and regulation of NBFCs registered under the Reserve Bank of India Act, 1934 (RBI Act)1. The Court has further held that the provisions of the Money lenders Act, enacted by the state government in due exercise of its powers under Entry 302 in the List-II of the seventh schedule of the Constitution, are not applicable to the NBFCs registered under the RBI Act and regulated by the RBI.

The Legislature of Kerala passed the Kerala Money Lenders Act, 1958 with an object to regulate the business of money lending in the state of Kerala. The NBFCs which were registered with the RBI under the RBI Act, challenged the provisions of the Money Lenders Act before the Kerala High Court by way of writ petitions and sought a declaration that the NBFCs registered under the RBI Act will not come within the purview of the Money Lenders Act since the same are regulated and supervised by the RBI under the RBI Act. The Single Judge of Kerala High Court dismissed the writ petitions on a finding that there is no repugnancy between the two enactments and hence both can co-exist on a harmonious interpretation. The said order was affirmed by the Division Bench. The NBFCs challenged the judgment of the Kerala High Court before the Supreme Court. Also, challenging a similar enactment by the Government of Gujarat, the NBFCs in the state of Gujarat had approached the High Court of Gujarat and the High Court had struck down the state enactment in so far as the NBFCs regulated by the RBI are concerned, holding that there is repugnancy between the two Acts and hence only the Central Act can only be made applicable to the NBFCs controlled by RBI. The State Government challenged the judgment of the High Court of Gujarat before the Supreme Court. Both batches of appeals were heard and decided together by the Supreme Court.

The Court noted the source of powers of the state legislature as well as parliament to enact a law dealing with the subject in hand i.e., money lending and, incorporation and regulation of financial corporation. The subject related to incorporation, regulation and winding up of financial corporation falls in entry No. 43 in list-I (Union List) of the seventh schedule of the Constitution. And the subject related to money lending and money lenders falls in entry No. 30 in list-II (State List) of the seventh schedule of the Constitution. Therefore, the Court held that the competence of legislature of the state government to enact a law to regulate business of money lending cannot be questioned as their power is traceable to entry 30 in list-II of the seventh schedule.

To answer the question the Supreme Court firstly observed the scheme and exhaustive provisions of chapter-IIIB3 of the RBI Act and noted that the chapter is a complete code in itself which provides for a supervisory role of the RBI to oversee the functioning of NBFCs, from the time of their birth (by way of registration) till the time of their commercial death (by way of winding-up), and all activities of NBFCs come under the scanner of RBI.

The Supreme Court in the facts of the case, held that the question is not whether there is a repugnancy or not and applied the doctrine of eclipse4 to hold that the Money Lenders Act enacted by the state has to give way to the parliamentary enactment i.e., RBI Act. The Court referred to Deep Chand v. State of UP5 and observed that the moment the parliament stepped in to codify the law relating to registration and regulation of NBFCs, by inserting certain provisions in chapter IIIB of the RBI Act, the same would cast a shadow on the applicability of the provisions of the Money Lenders Act enacted by the State Governments to NBFCs registered under the RBI Act and regulated by RBI.

On the applicability of Article 254 of the Constitution, the Court while relying upon the judgment in Innoventive Industries Limited v. ICICI Bank and Another 6 observed that the question of repugnancy under Article 254 does not arise once it is established that the RBI Act is traceable to an entry in the list-I and state enactment is traceable to an entry in the list-II. Instead, in order to confirm the supremacy and paramountcy of the RBI Act, the Court took recourse to the non-obstante clause of Article 246(1)7 and observed that the RBI Act, being a parliamentary legislation, is in a dominant provision. Therefore, it was held that the RBI Act has dominance over the Money lenders Act. And consequently, the Supreme Court held that the NBFCs registered under the RBI Act are not covered by the Money Lenders Act.

The Court also observed the conflict between the two Acts inasmuch as the Money Lenders Act empowered the debtor under section 8(1) to deposit the money due to money lender, into a civil Court. And section 8(2) empowers the civil Court to pass orders recording full or part satisfaction of the loan. But to the contrary, certain NBFCs are entitled to enforce security interest without the intervention of the civil courts and the remedy of the borrower (debtor) lies only before the Debt Recovery Tribunal8 and in such cases the jurisdiction of civil courts is also barred9. Therefore, the argument of the State that the provisions of Articles 246 and 254 cannot be invoked since there is no conflict between the two Acts, was rejected.

The ruling will bring sigh of relief to the NBFCs, registered under the RBI Act, as they are no longer required to comply with the provisions of the Money Lenders Act enacted by the state. The Hon’ble Supreme Court has rightly upheld the mandate of the Constitution while reaffirming the power and competence of the parliament to legislate on a topic enumerated in List-I (Union list) of the seventh schedule of Constitution of India. It has been made clear that such NBFCs cannot be subjected to dual regulation and control especially when the chapter-IIIB is a complete code in itself.

2. List II (State List) of the Seventh Schedule contains an entry in Entry No.30, which reads: “money lending and money lenders; relief of agricultural indebtedness”

3. Under Chapter-IIIB of the Reserve Bank of India Act heading Provisions Relating to Non-Banking Institutions Receiving Deposits and Financial Institution. The Chapter was inserted by way of an amendment which came into force w.e.f. 01.02.1964 and has been subjected to various amendments till date. The chapter empowers the RBI to grant registration to NBFCs (Section 45-IA), to determine policy and issue directions to NBFCs (Section 45-JA), to collect information from NBFCs as to deposits and give directions (Section 45-K), to call for information from financial corporation and give direction (Section 45-L) and to cause inspection (Section 45-N) et all. Further as per section 45-Q the chapter has been given overriding effect.

4. Doctrine of eclipse- The doctrine conventionally means that any law which is inconsistent with fundamental rights is not invalid. It is not totally dead but overshadowed by the fundamental right and the inconsistency can be removed by the constitutional amendment. But over period, the Supreme Court has also used the doctrine in different context. Refer Kailash Sonkar v. Smt. Maya Devi reported in (1984) SCC 2 91 wherein the doctrine of eclipse was invoked to hold that when a person is converted into other religion, the original caste remains under eclipse and as soon as during his lifetime he is reconverted to original religion, the eclipse disappears and caste automatically revives.

5. Reported in AIR 1959 SC 648 wherein the Constitution Bench of the Supreme Court held that a law may be valid when made, but a shadow may be cast on it by supervening constitutional inconsistency or supervening existing statutory inconsistency.

6. Reported in 5 2018 1 SCC 407. Para 51.1 Repugnancy under Article 254 arises only when if both parliamentary and state law are referrable to List-III in seventh schedule to the Constitution.

7. Article 246. Subject matter of laws made by Parliament and by the Legislatures of States: (1) Notwithstanding anything in clauses (2) and (3), Parliament has exclusive power to make laws with respect to any of the matters enumerated in List I in the Seventh Schedule (in this Constitution referred to as the “Union List”).”

8. By virtue of a notification bearing No. S.O.856(E) dated 24th February, 2020, issued in exercise of the powers conferred by Section 2(1)(m)(iv), the Central Government, have specified such NBFCs as defined in Section 45I(f) of the RBI Act having assets worth rupees one hundred crore and above to be entitled for enforcement of security interest in secured debts of Rupees fifty lakhs and above.

9. Section 34 of the Securitisation and Reconstruction of Financial and Enforcement of Security Interest Act, 2002- Civil court not to have jurisdiction.—No civil court shall have jurisdiction to entertain any suit or proceeding in respect of any matter which a Debts Recovery Tribunal or the Appellate Tribunal is empowered by or under this Act to determine and no injunction shall be granted by any court or other authority in respect of any action taken or to be taken in pursuance of any power conferred by or under this Act or under the Recovery of Debts Due to Banks and Financial Institutions Act, 1993 (51 of 1993).