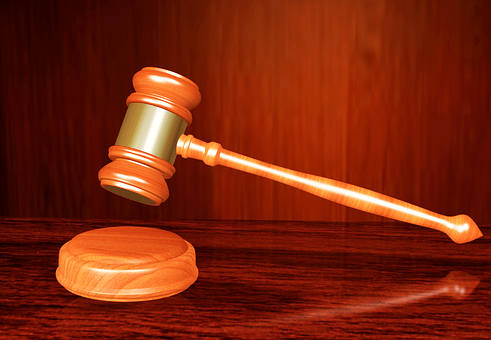 As the grant of an anti-suit injunction restrains a party from prosecuting before a foreign court, indirect interference is inevitable. The Indian Supreme Court has laid down the basis on which such orders can be granted. One of its landmark judgements delivered in the case of ONGC vs. Western Co. of North America, the court emphasised that an anti-suit injunction is to be granted only in the rarest of rare cases and that its grant is limited to cases where the foreign proceedings are “oppressive or vexatious”. The likelihood of oppression was laid down as a prerequisite for granting an anti-suit injunction which would be assessed vis-à-vis the proceedings pending in the Indian court.

In a recent case, an Indian company named M/s Raaj Unocal Lubricants Ltd. (plaintiff) claimed that it had been granted a license for the exclusive use of the trademark UNOCAL in India, due to which it had applied for registration of marks “UNOCAL”, “76” and “UNOCAL 76” in India. However, an American company, Philips 66 Co. (defendant) raised an objection to this application and initiated proceedings before the Texas District Court on the ground that the former is using the same trademark and has started targeting customers in the United States through its website and social media pages.

The disputed representation of the mark ‘76’ | Source

The defendant also contended that the merits regarding enforcement of their US trademarks could be decided by the Texas Court only and there was no interference with the Delhi High Court continuing its proceedings, so the Texas proceedings could not be treated as vexatious or oppressive.

The plaintiff contended that the complaint filed in the Texas Court was premised on the plaintiff’s online use of the “76” mark on its Indian website, and not limited to actual trade of its products under the mark in the US. The representations on the plaintiff’s website and social media pages were merely in the exercise of its exclusive rights of the “76” mark in India, and that it had no intention to pursue activities in the US. To justify “vexatious or oppressive” proceedings, the plaintiff argued that the court must see whether the effect of the grant of the relief sought in the foreign proceedings would be oppressive or vexatious to the plaintiff in India and herein, if the relief sought before the Texas Court was granted, it would result in the plaintiff having to remove reference to the “76” mark from its India webpage which would be vexatious and oppressive.

In view of these, the Delhi High Court held that because intellectual property rights are territorial, and the defendant has limited its claim in the foreign suit to the plaintiff’s use of the “76” mark in the US, the Texas Court proceedings cannot be vexatious or oppressive of the suit filed in Delhi High Court. The court decided in favour of the defendant for the revocation of the anti-suit injunction.

The court relied on various precedents in relation to anti-suit injunctions. When it comes to the contention that the test of “oppression or vexation” is effect based, what must be seen is that if the foreign proceedings were to be continued or the prayer was to be granted, would its effect be oppressive to the Indian proceedings, and not to the Indian parties. If it is so, only then is the grant of an anti-suit injunction justified. The court also relied on various landmark judgments such as Modi Entertainment Network vs. W.S.G. Cricket and Dinesh Singh Thakur vs. Sonal Thakur, wherein it was reiterated that before passing an order of anti-suit injunction, courts should be very careful and that it should be granted sparingly and not as a matter of routine as such orders involve a court impinging on the jurisdiction of another court. The same principle was applied in an earlier case of Magotteaux Industries vs. Aia Engineering Ltd., wherein it was held that since intellectual property rights are territorial the mere fact that the parties brought one suit before an Indian court for infringement in India, it will not preclude a party from filing for infringement of IP rights, granted in the jurisdiction of some other court.