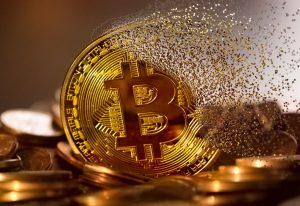 The Cryptocurrency and Regulation of Official Digital Currency Bill, 2021, will be introduced in the next session of the Parliament this year beginning November 29. As per the Lok Sabha bulletin, the bill “seeks to prohibit all private cryptocurrencies in India” but allows for “certain exceptions to promote the underlying technology and its uses”.

The Reserve Bank of India has been voicing its serious concerns on cryptocurrencies since 2017. In July 2017, the then RBI Governor informed a parliamentary panel that the central bank was keeping a close watch on transactions involving cryptocurrencies and on April 6, 2018, RBI by way of circular prohibited banks and entities regulated by it from providing services in relation to virtual currencies. However, on March 4, 2021, the Supreme Court of India had set aside the circular.

Thereafter, an Inter-Ministerial Committee on Virtual Currencies headed by finance secretary Subhash Chandra Garg had submitted its report to the government. The committee set up by the central government had proposed a draft bill ‘Banning of Cryptocurrency & Regulation of Official Digital Currency Bill, 2019’.

The committee, in its report titled “Report of the Committee to propose specific actions to be taken in relation to Virtual Currencies”, had proposed banning cryptocurrencies. The committee had noted with concern the mushrooming of cryptocurrencies almost invariably issued abroad and numerous people in India investing in them. The report had categorically said, “All these cryptocurrencies have been created by non-sovereigns and are in this sense entirely private enterprises and there is no underlying intrinsic value of these private cryptocurrencies due to which they lack all the attributes of a currency.”

According to the report of the committee, the cryptocurrencies cannot serve the purpose of a currency because private cryptocurrencies are inconsistent with the essential functions of money/currency. The committee’s other significant recommendation was that the government should keep an open mind regarding an official digital currency. It proposed for setting up of a group by the Department of Economic Affairs, with participation of the representatives of the RBI, MeitY and DFS for examination and development of an appropriate model of digital currency in India.

The new Bill to be introduced before the Winter Session of the Parliament starting from November 29, 2021, has deleted the word “Banning of” from the Bill that was introduced in 2019. However, the object of the new Bill as shown in the Lok Sabha bulletin maintains “to prohibit all private cryptocurrencies in India” and yet to provide “certain exceptions to promote the underlying technology and its uses”.

We will update this publication once the text of the proposed Bill is made available to the public.