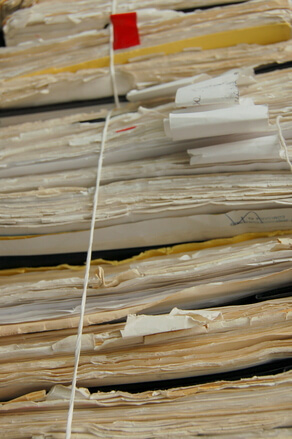 In an endeavour to clear the backlog of the pending applications and oppositions, the Indian Trade Marks Registry (TMR) initiated a disposal drive in March end and abandoned close to two hundred thousand(200,000) trademark applications. A large number of opposition matters were also abandoned. Unfortunately all this was done without any prior notice and in fact later it came out that many of these applications or oppositions were abandoned erroneously.

The TMR disposed off trademark applications where the examination reports were sent to the applicants and no response was filed within the statutory 30 day deadline. The Opposition matters were disposed off where the parties had not filed counter statements despite the service of official notice to them by the TMR.

This action of the TMR however turned out to be the perfect example of good intention and bad execution as many applications and oppositions were abandoned erroneously. A number of applications were abandoned even though responses to the examination reports were duly filed or where the opponent/applicant had complied with the requirements of the opposition proceedings.

After much hue and cry, the TMR issued a public notice on April 4, 2016 on its website providing some relief to the aggrieved parties. The notification indicates that in the interests of justice, the Registry has decided to provide an opportunity to the applicants. Aggrieved applicants or their agents, whose applications have been erroneously treated as abandoned are required to send a representation with all details substantiating their case on or before April 30, 2016.  This public notice clearly states that this deadline is not extendible.

There is an obvious error on part of the Registry as it is humanly impossible clear a backlog of decades in about 10 days. The abandonment orders clearly seem to have been passed without any application of mind.

In an attempt to safeguard the interest of the stakeholders, on April 5th, 2016, the Intellectual Property Attorneys Association took this matter to the Delhi High Court by filing a writ petition alleging that the TMR has abandoned these applications without issuing sufficient notice to the parties. The Delhi High Court agreeing to the plea, stayed the abandonment and also directed the TMR that no further abandonment shall be ordered without prior notice to the Applicants.

The event has alarmed the whole IP fraternity nationally and internationally. Though, relief has been granted by both the judiciary and TMR for an apparent error caused, the action initiated to reduce the backlog will eventually boomerang on the TMR as more time will be spent trying to reinstate the applications and oppositions that were erroneously abandoned.

Your documents are frequently the only proof

The only thing you will need to do would affordable-papers.net be to be certain that you have all of the details which you’ve written in your head and you will have a simple time in article writing.

your reader has to foundation his/her judgment on.