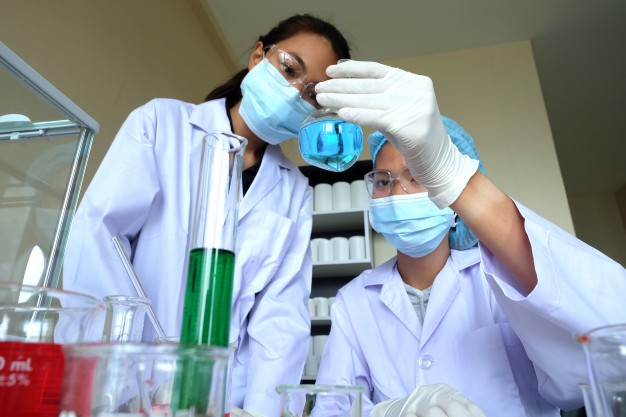 In the corona virus induced impeding crisis, it is believed that owners of the patents on test kits and other medicinal requirements would stand with the national Governments to help alleviating the public health needs of the community. The patents would not stand in the way to affordable access to the existing or new medicines/diagnostic kits to the effected public during the pandemic situation. Indian Government cannot be a moot spectator to any opportunists who may be tempted to use patent law to stop companies who are willing to manufacture and supply the required patented products to meet the public demand. Recent reported case in US is pointer to this fact, where a company named Labrador Diagnostics LLC filed a complaint for patent infringement of two US patents (US Patents 8,283,155 and 10,533,994) granted to Elizabeth Holmes and Theranos to stop Biofire Diagnostics, LLC and Biomerieux S.A. that makes and distributed COVID-19 tests.

In middle of the ensuing corona virus pandemic situation BioFire, launched three Covid-19 tests using FilmArray technology platform of the company. Labrador alleged that BioFire FilmArray pouches, to be used in conjunction with the FilmArray 2.0, FilmArray EZ, and/or FilmArray Torch as part of the FilmArray System is an infringement of two US patents (US Patents 8,283,155 and 10,533,994) held by them. The US’155 Patent, entitled “Point-of-Care Fluidic Systems and Uses Thereof,” and the accused Products embody at least claim 1 of the ‘155 Patent, literally or under the doctrine of equivalents. FilmArray EZ of infringing product operates in substantially the same manner as the FilmArray 2.0 claimed by the plaintiff. Similarly, in respect of second patent, US 994 entitled “Systems and Methods of Sample Processing and Fluid Control in a Fluidic System,” which allow real-time detection of analytes from a biological fluid, Labrador claimed that accused FilmArray System of the defendant embody at least claim 1 of the ‘994 Patent, literally or under the doctrine of equivalents. Without going into the techno legal details of this case, the inevitable fallout of this suit would be stopping of use of Covid-19 diagnostic tests in the middle of a pandemic by others. No doubt, the plaintiff acted in a legal manner to enjoy patent rights under the patent law but his actions became suspect, as it would result in block the use of Covid-19 diagnostic tests developed by others. A meticulously drafted petition of 63 pages of the plaintiff through which he has approached The District Of Delaware on 9th March 2020 with a petition of a trial by jury on all issues triable to a jury speaks volumes about the intended action of the plaintiff. This case highlight darker side of the patent system, which appeared to be rosy so far for encouragement and development of innovative lifesaving products for the society.

Lucky enough national patent laws also provided for inbuilt safeguards to deal with such crisis situations. Even US Law, under 28 U.S.C. § 1498, for example gives government the statutory authority to issue compulsory licenses on patents that stand in the way of access to existing technologies and the space to develop new technologies to benefit public health. This provision empower the U.S. government with broad ability to use inventions patented by others. The Bayh-Dole Act also offers the US government to “march-in rights” in appropriate patent cases involving public health in particular. These provisions are used in US infrequently since decades. When the Indian government decided to grant a compulsory license on the chemotherapy drug sorafenib on March 9, 2012, this decision attracted controversy at global level. In the same breath, the use of this provision to facilitate access to affordable essential lifesaving medicine found favour with champions of public health. It is pertinent to note that the use of patent by US government through ‘March in Rights’ or the grant of compulsory licence is India is not royalty-free license. The patentee is paid the adequate remunerations for the use of the patent. Such use is permitted to meet the contingencies of the existing situation and it is not for granted for unlimited period.

Is India prepared to meet this kind of situation as happened in US? The answer to this is affirmative. Indian Patent Law 1970 was fine-tuned in 2002 and 2005 to meet any situation arising from national emergency or circumstances of extreme urgency or for public non-commercial use to fast track the grant of compulsory license in appropriate cases. Section 92 provides for special provisions for issue of notification by Central Government in appropriate cases on the availability of Compulsory license relating patent so notified. The section 92 reads

92. Special provision for compulsory licences on notifications by Central Government.—(1) If the Central Government is satisfied, in respect of any patent in force in circumstances of national emergency or in circumstances of extreme urgency or in case of public noncommercial use, that it is necessary that compulsory licenses should be granted at any time after the sealing thereof to work the invention, it may make a declaration to that effect, by notification in the Official Gazette, and thereupon the following provisions shall have effect, that is to say—

(i) the Controller shall on application made at any time after the notification by any person interested, grant to the applicant a licence under the patent on such terms and conditions as he thinks fit;

(ii) in settling the terms and conditions of a licence granted under this section, the Controller shall endeavour to secure that the articles manufactured under the patent shall be available to the public at the lowest prices consistent with the patentees deriving a reasonable advantage from their patent rights.

(3) Notwithstanding anything contained in sub-section (2), where the Controller is satisfied on consideration of the application referred to in clause (i) of sub-section (1) that it is necessary in—

(i) a circumstance of national emergency; or

(ii)a circumstance of extreme urgency; or

(iii) a case of public non-commercial use,

which may arise or is required, as the case may be, including public health crises, relating to Acquired Immuno Deficiency Syndrome, Human Immuno Deficiency Virus, tuberculosis, malaria or other epidemics, he shall not apply any procedure specified in section 87 in relation to that application for grant of licence under this section:

Provided that the Controller shall, as soon as may be practicable, inform the patentee of the patent relating to the application for such non-application of section 87.

Some commentators may criticize that such issue of compulsory licenses would substantially diminish incentives to the R&D firms to conduct research and development. Nevertheless, there is enough support from public health champions advocating for affordable access to medicines who support the grant of such licenses under certain conditions. These provisions are likely to stay in the statute of many patent-granting states to meet the dire health needs or lack of access to the patented technologies. It does not matter that these provisions are sparsely used in India yet they are very effective to deal with the situation that has been recently reported in US where many cases of corona virus have been reported and the need for corona virus test kit is substantially increasing. Indian courts are very sensitive in infringement cases relating to public health related patents. The court in CIPLA case declined to award an injunction in favour of the plaintiff, which according to some observers is akin to the grant of a compulsory license. Luckily, no case relating to corona virus test kit patent infringement has been reported so far in India. Nevertheless, Indian Government should be prepared to issue directions and take proactive measures to ward off any opportunists, who may be tempted to use patent law to stop others. The good news about US case is that the plaintiff has agreed to grant the royalty-free license to the defendants. Let us joint hands with Governments to ensure uninterrupted supply the required corona virus related test kits patented products or medicines, to meet the growing public demand.

Public non-commercial use : Compulsory licence on  patents during pandemic by DPS Parmar