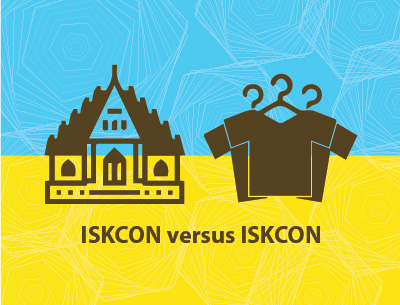 What do you recall when you read ‘ISKCON’? Not a clothing brand, for sure.The famous religious organisation International Society for Krishna Consciousness, notably known as ISKCON, recently found itself in legal soup when a clothing brand decided to steal their trademark ‘ISKCON’.

The International Society for Krishna Consciousness (ISKCON) filed a commercial suit against the apparel company ISKCON Apparel Pvt Ltd at the Bombay High Court. ISKCON alleged that the apparel manufacturer was infringing its registered trademark to sell clothes online.

ISKCON is a religious body with a global presence which was established in 1966 in New York.The term ‘ISKCON’ is an acronym which was derived from the Plaintiff’s name.The mark ISKCON is also used on all the advertising materials such as calendars, magazines,cards, literature, religious books, t-shirts, clothing, garments, etc., which are circulated amongst the devotees of the Plaintiff for free or at subsidised rates.
The Plaintiff discovered the infringement in February and sent repeated summons to the
defendants but neither did they respond, nor did anyone appear on their behalf.

According to the Plaintiff, the defendant was running an online clothing business under the name of ISKCON Apparel Pvt Ltd. The defendant had changed its name to Alcis Sports Pvt Ltd (www.alcissports.com) but continued to use the expression “formerly known as Iskcon Apparel Pvt Ltd” on the internet and its websites. The term ‘ISKCON’ was prominently used in all of their products.

The Plaintiff also argued that the mark ISKCON is inherently distinctive and deserves protection.They also contended that it had an enviable and longstanding reputation and goodwill and that a continued use of the mark ‘ISKCON’ for apparel would lead consumers to believe that it was somehow associated with the Plaintiff’s brand.
On March 6th, 2020, the Bombay High Court issued its decision and said that the adoption of the trade name ISKCON was “deliberate with a view to trade upon the enviable reputation and goodwill acquired by the Plaintiff in the said ISKCON marks.”
The court further observed that – “Prima facie, there is no manner of doubt that the Defendants’ impugned trading name is identical and/or in any event deceptively similar to the Plaintiff’s ISKCON marks. Assuming that the name of the Defendant No.1 has changed to Alcis Sports Pvt. Ltd. (Defendant No.2), the use of the expression “Formerly known as Iskcon Apparel Pvt. Ltd” on its website amounts to infringement of the Plaintiff’s trademarks and passing off considering the registrations secured and reputation acquired by the Plaintiff in the said ISKCON marks.

Moreover, no prejudice would be caused to the Defendants in case they have already switched their brand name to Alcis Sports Pvt. Ltd. The Defendants were only prohibited from using the expression “formerly known as Iskcon Apparel Pvt. Ltd.”

Citing the likeliness of suffering injury due to a continued usage of the trade mark by the
Defendant, the Court granted relief as requested by the Plaintiff. It also observed that the Plaintiff made out a strong prima facie case and that the balance of convenience lied in favour of the Plaintiffs. “The Plaintiffs are also likely to suffer irreparable injury if the Defendants’ acts of infringement and passing off continue.”

Finally, the Court granted an ad-interim injunction, barring the apparel company from using the trade name ISKCON during the pendency of the suit.

Article was 1st published in the Lexology.