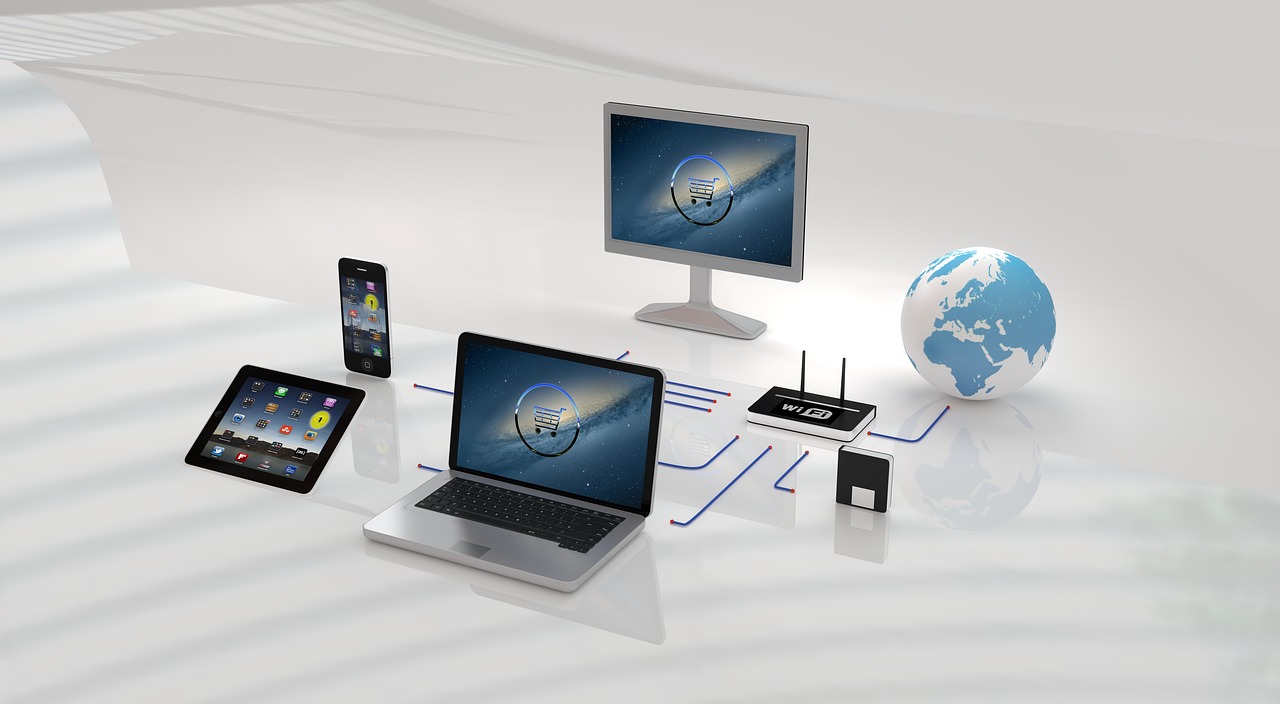 In the past two decades there has been a boom in the consumer electronics market in India, particularly in relation to telecoms. The government has been giving special attention to this sector to help extend its e-governance programmes in remote areas and to connect communities for direct benefit programmes, as well as to provide health, education, financial and information services. As a result, as of 30 April 2020, India has more than 1.14 billion wireless-telephone subscribers with overall tele-density of 85.18%.

Since the consumer electronics industry, and particularly telecoms equipment and mobile devices, require inter-operability, there is a growing need for standardising technologies. This allows multiple manufacturers to enter the market with compatible devices, and standardisation boosts fair competition.

Issues emanating from implementation of standards in consumer electronic devices has become common in the industry. Most of the Indian telecoms industry relies on components manufactured by third parties such as chip manufacturers like Qualcomm and MediaTek. Initial lack of licensing in these sectors hinged on the notion that sourcing components from a third party inevitably absolves the manufacturers of final products from obtaining licences in respect of SEPs. This has resulted in several litigations in which SEP owners have begun asserting their patents aggressively against manufacturers and importers of consumer electronic devices, including telecoms equipment and mobile handsets.

Since 2010 there has been an increase in the number of litigations in information and communication technology. To start with, Philips sued a local assembler of DVD players for infringement of its patents that qualified as SEPs. This was followed by Ericsson suing several mobile manufacturers in India (ie, Kingtech in 2011; Micromax, Gionee and Intex in 2013; Xiaomi in 2014; and iBall and Lava in 2015 in relation to eight SEPs on mobile standards). Similarly, Vringo filed two different suits against ZTE (2013 and 2014) and one suit against Asus and its distributor in New Delhi in relation to its SEPs. Later, Dolby joined the foray and sued Chinese mobile manufacturers Oppo and Vivo based on its SEPs. These disputes arose from SEPs and inevitably revolved around FRAND licensing terms and the amount of royalty to be paid. Recently in 2020, another SEP owner, Interdigital, sued Xiaomi for infringement of its SEPs relating to wireless communications.

The Delhi High Court has been the busiest court for SEP-related litigations and has helped shape patent law in India. Its decisions are getting noticed, not only by other high courts but also at international fora. The recent judgments, especially those rendered after trial, have established India as a strong enforcer of intellectual property.

The Delhi High Court has even aligned its rules with the necessities arising from the peculiar aspects of a patent litigation. For example, technical experts are an indispensable part of any patent litigation and to reduce delay in examining and cross-examining technical witnesses from each side, the court has allowed ‘hot tubbing’, in which the court simultaneously hears their points of difference. This reduces significantly the time necessary for recording technical evidence.

One of the challenging issues in India has been the inevitable delay in finally adjudicating a case. With the introduction of the Commercial Courts Act 2015, the government has taken a significant step towards reforming procedures that had contributed to delay. One of the key changes is case management hearings setting a mutually agreeable schedule for a smoother, more organised and time-bound trial process. Provisions have been made for summary judgment in which either party can apply for a summary disposal of the suit or an issue if it does not require the elaborate evidence-gathering trial process. Another significant reform has been the introduction of a mandatory pre-institution mediation in case urgent relief is not sought. The timelines to file pleadings have also been made stricter, which historically had been one of the main causes of delay. As of October 2018, 63% of cases were finalised by the Delhi High Court in under 12 months, and only 17% of cases continued for more than two years. Moreover, the data demonstrates that 45% of the commercial cases were settled and 34% were adjudicated by the court.

To streamline trials in SEP cases, recordal of evidence is conducted before a local commissioner appointed by the court. Given the enormous volume of pending cases in each court, recording evidence takes a considerable amount of time. The local commissioners, on the other hand, allow flexibility in hearings and can even accommodate continuous hearings for evidence as they are not pressed by a large caseload. In most instances, retired judges are appointed as local commissioners.

One of the predictable trends in patent litigation, especially SEP cases, is parties opting to settle the dispute instead of going for a trial. Even in cases where a trial has either commenced or even completed, the parties are found to prefer a settlement rather than awaiting adjudication by the court. An early settlement in patent cases mostly pivots on the outcome of the request for an interim injunction made by the patentee. This has given rise to high-pitched battles between parties at the beginning of the case on the issue of temporary injunction. In most cases, the courts have been liberal in granting interim injunctions in the first hearing, while even granting ex parte injunctions before summoning the defendants. Indeed, it puts the patent owners at an advantage to bring an early end to the case by way of settlement.

Before arriving at a final settlement, interim arrangements have also become the norm in SEP litigation. There are several variations in interim arrangements but, principally, the defendant is directed to deposit an interim royalty and, in turn, the SEP owner may be required to furnish a security to secure the interests of the defendant. The interim royalty can be deposited with the court or can be paid directly to the SEP owner and on the furnishing of security by the SEP owner, it may be allowed to withdraw the deposits. Looking at the precedents, Indian courts have tried to strike a balance between the interests of both the defendant and the SEP owner during the pendency of suits.

The trend in defences being taken by mobile-telephone manufacturers in SEP-related cases has been consistent. A defendant in a patent case can take any ground in defence by which a patent can be revoked and almost all the defendants in SEP cases to date have taken the defence that the patent alleged to be infringed is invalid. Section 64 of the Commercial Courts Act provides grounds for revoking a patent and the same grounds are available as defence in any patent infringement suit. These grounds include, among others, the grounds of lack of novelty and inventive step, as well as ineligible subject matter. The defendants also took the ground that material facts were concealed, and that the technology used by the defendants is entirely covered by another earlier patent.

The abovementioned defences are normally manifested in every patent litigation. However, in SEP cases, defendants have also struck at the ‘essentiality’ of patents, and in the Ericsson SEP cases the defendants took a defence under competition law. The defendants alleged that the patent owner was misusing its dominant position and hindering the commercialisation of proprietary technologies in an unfair manner. The defendants in almost all the SEP infringement cases filed by Ericsson complained before the Competition Commission of India and sought an investigation into the misuse of dominant position by Ericsson. There has been no conclusive decision in this regard by the Competition Commission of India as yet.

SEPs and FRAND – consideration by the courts

These cases involved SEPs and inevitably revolved around FRAND licensing terms and the amount of royalty to be paid. There was a growing expectation that eventually there would be some judicial principles laid down in respect of FRAND terms in India in at least some of the cases. Even though the Philips case was decided after a lengthy trial and the court relied on licence agreements that Philips had entered with other manufacturers to arrive at a rate of compensation in the form of a royalty that the defendants should pay as damages, the court did not venture into laying strong legal principles on FRAND terms in India. Since other cases were also settled between the parties, the court could not analyse the issue of FRAND terms and judicial scrutiny on this matter is still awaited.

To date, there has been no authoritative judicial precedence on FRAND terms in India. Even though there have been several SEP litigations in the country, the courts have not had the opportunity to decide on FRAND terms. While granting interim injunctions, the courts have fixed terms of licence before allowing the defendants to continue with their manufacturing, this has been based on discretion of the courts according to the terms that the SEP owners agreed on with other manufacturers. The courts sought licences from SEP owners that they have agreed with other manufacturers and, based on such terms, the courts made interim arrangements. This method indicates that the courts rely on the parallel arrangements to arrive at FRAND terms, although a definitive and conclusive judgment in this regard is outstanding.

Recently, Interdigital filed two suits before the Delhi High Court for infringement of their SEPs against leading mobile manufacturer Xiaomi (CS(COMM) 295 and 296, 2020). Incidentally, Interdigital has not sought an ex parte injunction, and these suits appear to be focused on settling FRAND terms. Therefore, this suit might eventually enable the courts in India to give guidance on FRAND terms and set a strong precedent on future transactions between SEPs and manufacturers.

Court procedures and patent law are evolving hand in hand with the increasing volume of patent cases, resulting in simpler and stricter procedural laws that go a long way to reducing the time taken in adjudicating a case. Parties are also encouraged to arrive at a settlement, thereby reducing the burden on the courts. Although these trends paint an optimistic picture for patent rights holders, there is still a need to spread patent awareness and patent litigation, which is currently focused on Delhi and predominantly the Bombay High Court, in other parts of the country.