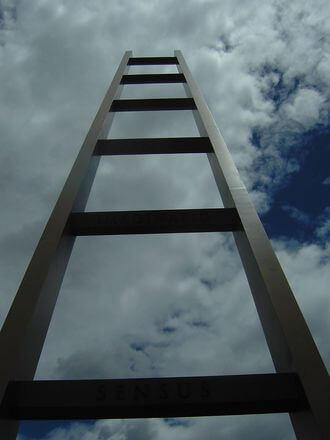 Led Zeppelin carved a niche for themselves in early 1970’s and is one of the bands which still continue to plague various music playlists. The song ‘Stairway to Heaven’ released in 1971 by the band from the ‘Heart’ album is highly popularised and idolized by people across all ages, sensational even after 45 years!

On May 31, 2014, the estate of Randy Craig Wolfe[i] filed a lawsuit against Jimmy Page, Robert Plant, and John Paul Jones, amongst others including Warner Music Group.[ii] Last month on April 8, 2016, the district court judge denied the relevant parts of Led Zeppelin’s Motion for summary judgment and the lawsuit is set to proceed towards trial on June 14, 2016.[iii]

According to this suit an American rock band called ‘Spirit’ alleged that Led Zeppelin has copied the ‘legendary’ song sequence written by the former for their song ‘Taurus’ released in 1967. They add that this was possibly done by Led Zeppelin while performing with Spirit on certain festivals together in 1968 and 1969.  The judge after listening to both tracks countered that Stairway to Heaven and 1967 instrumental Taurus were “substantially similar”, from the first 2 minutes of Stairway to Heaven. The suit claims co-authorship in the lyrics as well as royalties.

After recommending a specific genre to a band, the availability of ideas is limited and the ways of expression therefore mostly restricted. According to Spirit, the presence of acoustic guitar, strings, recorder/flute sounds, and harpsichord as well as the noticeable absence of bass and drums lend both songs a decidedly ‘classical’ style, particularly evoking somewhat a Renaissance atmosphere. On the other hand, abstract ideas preserve competitiveness and barring ideas would mean barring creativity altogether. Keeping in mind the limited scope of musical expression it has been stated in Baxter v. MCA, Inc., that repetition is not therefore an inescapable badge of plagiarism.[iv] But in a 1987 decision it was opined that, even copying a ‘riff’ could land one into trouble, despite the copied portion being relatively small in proportion to the entire work; if qualitatively important, the finder of fact may properly find substantial similarity.[v]

Further in 1968, Ode Records released the second Spirit album, titled The Family that Plays Together, and launched a tour to promote the new record. Spirit and Led Zeppelin performed at the same venue on the same day at least three times between 1968 and 1970.[vi] Both parties present conflicting versions of the interaction between Led Zeppelin and Spirit at these three events. While the surviving members of Led Zeppelin testified that they never toured with, shared a stage with, or listened to any of Spirit’s music during these brief encounters, the surviving Spirit members, on the other hand, recalled conversing with the Led Zeppelin members backstage between sets and performing in succession at two of the festivals.[vii]  The surviving members of Led Zeppelin also testified that the band recorded Stairway to Heaven between December 1970 and January 1971 entirely in London, England. Regardless of where the song was mixed, neither party disputes that Led Zeppelin first performed Stairway to Heaven in March 1971.[viii]

The song Taurus was never publicly released or expressed. It is acknowledged that Wolfe did not personally comply with the statutory formalities. He did not publish copies of Taurus with proper notice, nor did he register and deposit copies of the unpublished musical composition with the Copyright Office.[ix] This brings up the question of whether the copyright infringement lawsuit stands legit against Led Zeppelin taking into consideration the fact that Taurus was never accorded copyright protection. Here the doctrine of idea-expression dichotomy comes into picture which is followed in various cases.  While ideas per se are not copyrightable; the medium through which the idea is expressed and brought to life can be protected.[x] Doctrine of idea-expression dichotomy has been quoted amply in various international as well as Indian copyright cases.[xi]

While it is still surprising that such a sensational song has been hit by a copyright infringement suit, it comes as no surprise that various artists have to their name copyright lawsuits and accusations for stealing lyrics/sounds from other artists and musicians in their songs/melodies. This has either forced them to battle expensive court mêlées or to settle the suits in private for a concealed amount.[xii]  Everybody waits with bated breath for the verdict which will be rendered in this case, where a new day will dawn for those who stand long or the forests will echo with laughter.

[x] The case of Baker vs. Selden, 101 U.S. 99 (1879) was the first case to opine on how one idea can have two interpretations, the account book entries expressed in totally different ways showed that the idea could not have only one way of presentation.