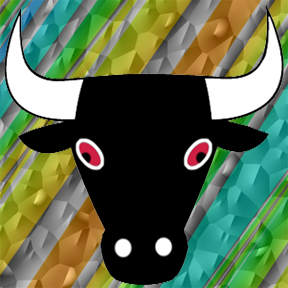 In a patent infringement litigation, the defense by confrontation is a very helpful weapon. This type of strategic approach is suggested where the patentee claims to cover the broadest possible construction of the claim. The patentee choice to advocate a broad construction at times prove fatal as it may invite the unavoidable validity problem. The counter attack of the defendant by way taking the bull by horn to assert that the defendant action is non-infringement based on the Gillette defence. The basic premise of the Gillette defence is that defendant pleads that the allegedly infringing invention practises the prior art. This defence put patentee into perplexing situation to the extent that If patentee proves that there is an infringement then the asserted patent is invalid by being anticipated by the prior art. If on the other hand the court finds the patent is valid then there is no infringement. This defensive strategy works well where the defendant is sure that the coverage of the claim asserted by the patentee encompass the prior art. The key question before the court in such a situation is to find whether the patentee’s claims could be read to cover implementation of invention used by defendant.

In TearLab Corporation v I-MED Pharma Inc., a Canadian patent infringement case the defendant’s[I-MED Pharma Inc] I-MED’s i-Pen® Osmolarity System was alleged to infringe certain claims of Canadian Patent No. 2,494,540 (the 540 Patent). TearLab Corporation, is an exclusive licensee of the ‘540 Patent, which is owned by the Regents of the University of California. This patent claims a diagnostic devices, systems, and methods for measuring the osmolarity of tears, said to be useful for diagnosing and treating dry eye disease. To be more precise the TearLab asserted that the I-Med’s i-Pen, which involved using a single-use electrical sensor placed against the inner surface of an eyelid, is infringing its patent 540. I-Med countered it with the assertion that i-Pen involved placing the sensor in the eye, which is different from TearLab’s system in which tear fluid is required, on a chip.

The first claim in dispute, which covers the “sample receiving chip” of the invention, is for

a substrate that receives an aliquot volume of a sample fluid;

The second claim at issue recite an osmolarity measuring system made up of a sample fluid reception device and a platform for data communication, which reads as

The reception device can be quite simple (as a set of electrodes on a chip) or more complex (as a logic-enabled microprocessor capable of enacting measurement dynamics). The platform for data communication receives output from the reception device, interprets it and then displays osmolarity.

The TearLab System, which the patentee claims to be covered by the ‘540 Patent, has three components: a reader base-station, a handheld pen and a single-use test card. After the attaching test card by the user to the top of the pen,the pen is brought in contact with the corner of the eye. The system then extracts a sample of tear fluid from the eye using capillary action, and deposits said fluid on the sample region. When electrical energy is imparted to the tear fluid ex vivo, it produces an output signal, which is then stored and used to provide an osmolarity reading.

I-Med asserted that the i-Pen,is designed to measure the conductivity of the moisture in the eyelid conjunctiva and tear film, which measurement can then be correlated to osmolarity. In i-pen a  single use sensor (SUS), consisting of two electrodes mounted on a non-conducting substrateprovides the required measurement. This in vivo sensor is placed against the moist tissue on the inner surface of an eyelid. The pen then produces electrical current, which travels through the SUS into the tissues of the eyelid. The current completes a circuit between the electrodes and its conductivity is measured by the i-Pen. A different SUS is used for each measurement, and is then disposed of.

The judge then considered whether I-MED had infringed the ‘540 Patent.

“First, he set aside the distinction drawn by I-MED between the SUS card and the “chip” referred to in Claim 1 of the patent. Having adopted a broad construction of this term, one that did not require the chip itself to perform calculations onboard (except in Claim 6), the judge found that the SUS infringed Claim 1 and its dependent claims..

Second, he rejected I-MED’s argument that the i-Pen was distinct from the invention claimed in that its application was in vivo, and not ex vivo. No such limit, he found, was specified in the ‘540 Patent.”

Invalidity findings by the court

Since the I-Med asserted the coverage of prior, art the court went into the question of determining validity of the patent claims as been obvious and lack novelty.

“the asserted claims of the ‘540 Patent are not restricted to an ex vivo device comprising a rigid, planar chip with integrated electrodes” he concluded that Claim 1 and its dependent claims were anticipated by each of the York Patent, Davis Patent, Ogasawara Papers and Fouke Paper Based on this finding, he accepted I-MED’s Gillette defence.” [Emphasis added]

“obvious to a POSITA at the relevant date to combine the Josefsen or Hill Patent with any one of the Davis Patent, York Patent or Ogasawara Paper, to create a device that can be used both in vivo and ex vivo, and includes a separate or onboard processing unit, to measure osmolarity of tear fluid”[Emphasis added]

In this case,the court went beyond finding that the defendant have infringed the patent and ruled the patent is invalid on the ground of anticipation and obviousness in view of raising the Gillette defence plea by I-Med. In other words, patent was founded to be infringe but invalid.

“The defence that the alleged infringement was not novel at the date of the plaintiff’s letters patent was a good defence in law and it would sometimes obviate the great length and expenses of patent cases if the defendant could and would put forth his case in this form, and spare himself the trouble of demonstrating on which horn of the well-known dilemma the plaintiff had impaled himself, invalidity or non-infringement”.

This ruling was followed in India in Hindusthan Lever Ltd v Godrej Soaps Ltd [1996] AIR Cal 367 and Raviraj Gupta v Acme Glass Mosaic Industries (1994) 56 DLT 673.In both of the cases Gillette plea proved as a good defence as the defendants were able to prove that the infringing act was merely what was disclosed in a prior publication and which can be relied on against the validity of the patent, and no patentable or substantial alteration has been made in respect thereof.

The TearLab won the battle of infringement but lost the validity of the patent on the substantial grounds of anticipation and obviousness. This case highlights how the Gillette defence is useful in taking the patentee by horns and subjecting the patent claims to prior art coverage inquiry. In this case when I-Med agreed that he might be infringing the prior art, he in fact laid a trap for the patentee to assert the infringement and succeed. The subtle hint which the patentee missed was the coverage of the prior art and which provided the defendant a solid Gillette defence to assert the possible challenge based on anticipation and obviousness using same prior art citations. Thus the defendant succeeded in this case while admitting to the infringement of the prior art and proving that TearLab patent covers the prior art. Perhaps, the TearLab’s overcautious approach to prove coverage of the I-pen within the sweep of the claims proved fatal for the patent validity.The Indian position of Gillette defence is summed up in J Mitra case,where the court observed that “A perusal of the decision in the cases of Ravi Raj Gupta and Gillette Safety Razor Co. cases (supra) shows that where it is shown that the act complained of is what was disclosed in a prior publication, which can be relied on against the validity of the patent, and no patentable or substantial alteration has been made in respect thereof, there is a good defense.” The Indian courts are no hesitant to allow Gillette plea is appropriate cases and we may look forward to get more clarity on this issue in near future when this issue would be taken up during trial to invalidate a patent, which court otherwise find infringing.