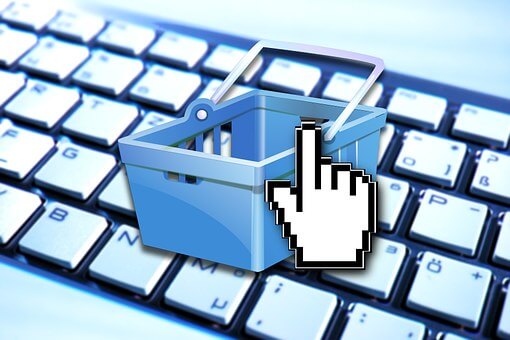 The Competition Commission of India (“CCI”) vide an order dated 17th December 2021 (“Order”) held that Amazon had suppressed the actual scope and purpose of the transaction to acquire Future Coupons Private Limited (“Future Coupons”). The CCI further held vide the Order that Amazon had failed to give notice of the transaction as required under Section 6(2) of the Competition Act, 2002 (“Act”). Accordingly, the CCI imposed a penalty of Rs. 202 crores on Amazon. The CCI further held that its approval vide Order dated November 28th, 2019 (“Approval Order”) shall remain in abeyance.

According to the Act, any person undertaking an M&A transaction is required to apply for the approval of the CCI and/or notify the CCI[1]. In the instant case, Amazon had notified the CCI of the transaction by Amazon to acquire Future Coupons and had procured the prescribed approval vide the Approval Order. However, the CCI, after hearing all the parties to the dispute and examining applicable documentation including internal communication between the senior management of Amazon, concluded that the intent of Amazon through the acquisition of Future Coupons was to obtain strategic rights in Future Retail Private Limited (“Future Retail”). Further, according to the CCI, Amazon had presented the acquisition as a transaction to acquire Future Coupons. This led to the CCI (in addition to imposing penalties), holding that the Approval Order is in abeyance.

The case raises numerous interesting issues. The objective of this article is to examine the Order of the CCI holding its earlier Approval Order in abeyance.

Interestingly, the CCI has passed the Order under Section 45 (2) of the Act. This provision enables the CCI to pass “such orders as it deems fit” if a person, who

(a) makes any statement or furnishes any document which he knows or has reason to believe to be false in any material particular; or

(b) omits to state any material fact knowing it to be material; or

(c) willfully alters, suppresses or destroys any document which is required to be furnished as aforesaid.

In our view, the ruling by the CCI of holding its earlier Approval Order in abeyance is not clear. It is well understood that business entities enter into acquisition transactions for numerous reasons such as for entering new markets, for inorganic growth etc. The reasons for entering M&A transactions are business considerations. The law needs to be in tandem with these considerations.

Furthermore, in India there is a plethora of legislation governing the conduct of acquisitions, especially by foreign owned multinationals, such as the FDI Policy, the Competition Act, 2002, the Companies Act 2013 and the Foreign Exchange Management Act, 1999 and the regulations made thereunder, the SEBI regulations etc. This makes the regulatory framework for conducting transactions complicated and difficult to manoeuvre. Additionally, the multitude of regulations bring with it numerous regulatory bodies, each exercising separate jurisdictions.

Our view is that the “ease of doing business” requirement for enhancing the Indian economy and enabling business transactions such as mergers, acquisitions and takeovers needs consideration. If highly esteemed regulatory bodies such as the CCI pass orders nullifying or suspending their past approvals (such as in the instant case) the very veracity of such regulatory bodies is called into question. It will also render the making of business decisions based on regulatory implications more difficult. Consequently, undertaking M&A transactions in such an uncertain regulatory environment becomes complicated. Such orders allow uncertainty to creep into the regulatory framework which is extremely detrimental to the business environment as a whole.

To conclude, in our view, careful consideration needs to be made of the implications of overturning or suspending earlier orders or approvals by any court or regulatory body. Failure to do so, may result in overzealous regulation which may in turn have extremely harsh and far-reaching implications.

This article analyses the order of the Competition Commission of India (“CCI”) dated 17th December 2021 in the Amazon dispute with the Future Group (“Order”). This Order held that the approval of the CCI granted to Amazon for the acquisition of the Future Group was in abeyance in light of the current dispute. Mini Raman analyses the Order and examines the concern that it is detrimental to the business environment in India when regulatory authorities such as the CCI overturned the earlier orders passed by them.