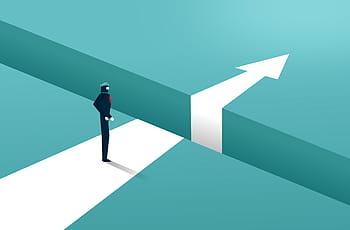 The Limited Liability Partnership (Amendment) Bill 2021 (“Amendment Bill”) was introduced in the Rajya Sabha (the upper house of the Indian Parliament) on July 30th, 2021 and passed by the Rajya Sabha on August 4th, 2021. Pursuant to the introduction of the Amendment Bill, the Government had proposed several amendments to amend the Limited Liability Partnership Act, 2008 (“LLP Act”). The LLP Act provides for the formation and regulation of Limited Liability Partnership (“LLP”) and matters connected therewith or incidental thereto. The main purpose of the Act is to provide a new corporate form that would provide an alternative to the traditional partnership form to enable professional expertise and entrepreneurial initiative to be combined, organised, and operated in a flexible, innovative, and efficient manner. The Amendment Bill has been introduced to facilitate greater ease for corporates and to decriminalise certain penal provisions under the Act.

The key amendments proposed in the Bill are set forth below:

1. Introduction of the new concept of Small Limited Liability Partnership

A new definition of “Small Limited Liability Partnership” has been introduced in line with the concept of “small company” under the Companies Act, 2013. As per the Amendment Bill, “Small, Limited Liability Partnership” shall mean (i) an LLP having contribution up to INR 25 lakhs or a higher amount not exceeding INR 5 crore (ii) turnover for the preceding financial year is up to INR 40 lakh and not exceeding INR 50 crore and (iii) which meets such other requirements as may be prescribed and fulfils such terms and conditions as may be prescribed[New insertion Section 2(t)(a)].

3. Insertion of Accounting Standards for classes of LLP

5. Establishment or designation of Special Court for speedy trial of offences

The Amendment Bill proposes to insert a new Section 67A to empower Central Government to establish or designate Special Courts as may be necessary for the purpose of providing speedy trial of offences under the LLP Act. The Special Court shall consist of a single Judge holding office as Sessions Judge or Additional Sessions Judge, in case of offences punishable under this Act with imprisonment of three 3 years or more; and a Metropolitan Magistrate or a Judicial Magistrate of the first class, in the case of other offences. The bill seeks to empower Special Courts to try an offence other than an offence under this Act with which the accused may, under the Code of Criminal Procedure be charged at the same trial.

6. Clarity on the timeline of filing the application to the Appellate Tribunal

In order to provide relief to the aggrieved party, the Amendment Bill proposes to amend the provisions relating to Jurisdiction of Tribunal and Appellate Tribunal under Section 72, to bring more clarity on the filing of an application to the Appellate Tribunal if a person is not satisfied with the judgement of the Tribunal. Accordingly, an appeal can be made by the aggrieved party within 60 days of the copy of the order of the Tribunal made available to such party.

The Amendment Bill proposes to insert a new Section 76A, to appoint as many officers as adjudicating officers to adjudicate penalties under the LLP Act.

In our view, the proposed amendments are a welcome step as these will encourage small partnerships to convert into the organized structure of an LLP due to the introduction of the concept of “Small Limited Liability Partnership” and the de-criminalisation of offences. However, the establishment of special courts for the purpose of providing speedy trials of offences under the LLP Act is questionable due to the administrative burden that arises from such an establishment. It would have been simpler to use the existing framework of the National Company Law Tribunal (NCLT) to handle disputes pertaining to the affairs of LLPs.