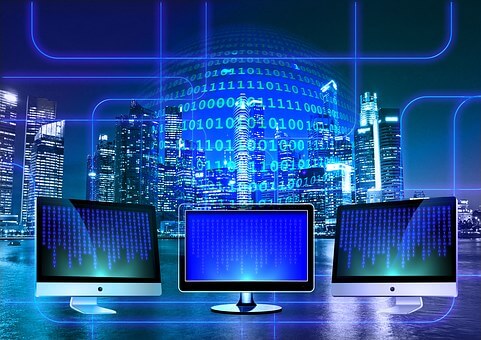 It is normally believed that once a patentee has sold patented goods, the purchaser gets the exclusive right to use the goods as he deems fit. This belief is supported by the common law doctrine of exhaustion in many countries.

For example, in the United States, a patentee’s monopoly rights over its inventions are ‘exhausted’ after sale following the exhaustion doctrine applicable under common law. In some countries, courts follow the principle of ‘implied licence’, which means that the right of the patentee extents to even the right to repair based on the user agreement signed by the licensee. Such kind of licence agreements are signed where the patented products are normally use-and-throw type products like printer cartridges. A use-and-throw product means that, in the case of an ink cartridge, once the ink in the cartridge has been used, the old cartridge must be disposed of and replaced by a new cartridge. The users will not have the option to refill and reuse it.

This practice has been criticized as misuse of licencing terms which coerce the licensee to get a new cartridge at a premium price only from the patentee, as that type of ink cartridge will not be available in the free market. Even in cases where the cartridge needs to be repaired, it will not ber possible for the user to get it repaired from his or her vendor of choice. At times, the only available option for users would be to take a new – and that one, too, only from the patentee.

The forceful argument raised perennially by the patentee is that they are entitled to profit via the business model of their choice, even if that business model requires an expansive reading of the patent monopoly they enjoy. In certain cases, in order to prevent reuse and to enforce this single-use/no-resale restriction, leading companies went a step further, going so far as to install a microchip on every cartridge tied into the manufacturer’s return programme.

The right of reuse by remanufacturers is more than a creative way to reuse the thing otherwise thrown away as waste or scrap. Many remanufacturers/resellers acquired empty return programme cartridges and used reverse engineering to develop methods to counteract the effect of the microchips, unlock the cartridges for reuse and sell the refilled cartridges in other countries as well. But this business model of the remanufacturers was vehemently opposed and resisted by the leading companies in the sector. Some of the patent-owning printer manufacturers filed an infringement suit in order to check this misuse by resellers. Some jurisdictions have supported the freedom of device owners and fend off the monopolistic threat of patent rights eliminating fair, essential competition in markets for repair and third-party innovation. The court have not been hesitant in rejecting the business model argument of the patent owners where it amounts to an expansive reading of the patent and unfavourable to users of the patented products.

It has been observed that patentees use such arguments frequently in patent litigation. Apart from the classic example of printers, other examples of such business models have been seen in sellers of patented video game consoles and shaving blades. The video game console makers invariably argue the rights to modify the gaming console must be restricted to enable the loss-leader business model of selling inexpensive game consoles and pricey games.  For example the Xbox One video game console sold by Microsoft was linked to the sale of expensive video games and subscriptions to the company’s Xbox Live service. Another example of such strategy is the classic case of Gillette’s patented razor blades, where customers have no other option but to buy replacement blades as no substitutes for the blade match with the razor design. The so-called the loss-leader strategy is common throughout the video game industry, mobile phones and other similar industries. In most cases, the main patented item is sold for less than they cost to build. The patented games or printer cartridge or blades are then sold at a premium price.

Last year, this controversy was set to rest by the Australian courts in Calidad Pty Ltd v. Seiko Epson Corporation [2020] HCA 41. In this case, Seiko Epson Corporation manufactured and sold patented printer cartridges under the brand name Epson. The patented Epson cartridges were a single-use product, and it was necessary to dispose of it once the ink in the cartridge was used up.

From the facts of the case

Ninestar Image (Malaysia) cracked the security chip of the Epson cartridges and the company was able to modify them to refill for reuse. They obtained empty Epson cartridges from various locations throughout the world and started selling modified refilled throughout the world at a price far less than the Epson original cartridges. Calidad, an Australian wholesaler of stationery and office supplies, purchased the modified cartridges from Ninestar and imported those cartridges into Australia for public sale.Seiko Epson was holding an Australian patent on this product. The patented Epson cartridges were a single-use product and Seiko was selling it under a licence agreement to take back the empty cartridges and supply the new cartridges at a premium price. Customers were coerced to buy the new cartridge to replace empty ones as no refilling was made available by the company.

Calidad found this as a business opportunity and met customer needs without realizing the danger of being declared an infringer of a patent held by Seiko. When Seiko filed a suit of infringement, Calidad placed reliance on the implied licence doctrine to argue that they had not, in fact, breached Seiko’s patent, as an implied licence to use, maintain, import, export, resell or otherwise dispose of the Epson cartridges was applied to the product upon its first sale only, and that they had purchased a modified product from Ninestar. Seiko contended and asserted that the modifications extinguished any implied licence, and that such action amounted to a ‘making’ of the patented Epson cartridges, and that, therefore, importing and selling the cartridges modified by Calidad is clear infringement of Seiko’s patent.

What made things difficult for Calidad was the decision of the court of first instance, which favoured Seiko. That court ruled that the Epson cartridges were so materially altered that the implied licence no longer applied and that Calidad had therefore infringed Seiko’s patent rights. Calidad filed an appeal against this ruling.

Late last year, the High Court of Australia overturned more than 100 years of precedent when it handed down its decision to favour the licensee by not agreeing to the 100-year-old existing principle of implied licence as argued by Seiko. The High Court adopted a U.S. common law patent doctrine which provides that a patentee’s monopoly rights over its inventions are ‘exhausted’ after sale – the exhaustion doctrine, reversing a lower court decision that had given patent owners the power to sue customers who had paid in full for a patented item but then chose to reuse the item in a way that patent owner did not provide for. The question before the appeal court was whether the right to own a patented thing purchased by the user extends to its reuse or resale the way owner choose.

This Australian decision was influenced by a similar decision in the U.S. Supreme Court in Impression Prods., Inc. v. Lexmark Int’l, Inc., where the Supreme Court held that after the sale of a patented ink cartridge, the patent holder cannot sue for patent infringement relating to the further use of these cartridges even when in violation of a contract with a customer or imported from outside the United States.

In this case, Lexmark filed an infringement lawsuit against Impression Products when that company bought used ink cartridges, refilled them, replaced a microchip on the cartridge to circumvent the digital security lock and then resold them – even in the U.S. market. Lexmark alleged that they were holding several patents related to the ink cartridges and that Impression Products was violating their patent rights. The U.S. Supreme Court, in this case, like the Australian case, reversed a 2016 decision of the Federal Circuit and ruled that the exhaustion doctrine bars Lexmark’s patent infringement lawsuit. In other words, relief of infringement is not available where the patented goods were lawfully purchased and resold.

In the Indian context, the reasoning in the court’s decision match with Section 140 restrictions on the patentee, which are anticompetitive actions of the patentee that entails revocation if the market would be hindered where the patentee retains a legal right to control the repair and resale of the devices they sold. Rather than defining specific types of conduct under coercive package licensing, Section 140 merely established broad general policy guidelines, leaving the courts to fashion the appropriate rules for specific activities to be treated as anticompetitive in case of a dispute. Section 140 treats coercive packaging licensing conditions as ab initio void and hence not enforceable under the law.

One must understand that a patent possesses some attributes of personal property which give the patentee certain privileges like rights of exclusion and the right to license others to use the patented invention. Incidental thereto are the right of the users or purchaser of patented goods to resale and repair. There is long standing demand of the customer’s right to own, control and use the devices in the way they decide, even where the goods are covered under patent rights. The restriction on freedom to use imposed by the patentee have been viewed as a threat to those rights.

This Australian court decision will help customers on other fronts as well where the patentee uses end user license agreements that purport to strip the rights of the purchaser of patented goods to resale and repair. Such decision of the courts rather reinforces the freedoms of device owners and fends off the monopolistic threat of patent rights. The Australian court, reasoning that people who buy patented things are allowed to use and resell them without being sued under patent law, is logical and sound in view of the fact that this freedom is necessary for commerce to function. We may find courts to recognize in future that customers who buy digital goods are owners of those goods, not mere licensees, and can resell and modify with their digital goods to the same extent as purchasers of tangible property. It may be seen as a blow to the age-old practice of the patentee to use patent infringement lawsuits to prevent the entry of modified patented products into the origin market. However, the patentee is free to use breach of contract as remedy to enforce his rights under civil law. Besides printer and ink manufacturers, such decisions could affect the markets of high-tech consumer goods like gaming consoles and certain prescription drugs. We may find the ripples of such decisions in the Indian courts in the years to come, as well.

DPS Parmar discusses the right of a buyer to resale and repair patented goods vis-à-vis Australian High Court’s decision in the case of Calidad Pty Ltd v. Seiko Epson Corporation. The article was first published in the news & analysis section of Asia IP.