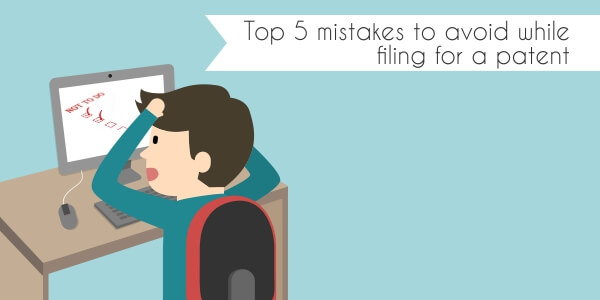 Many companies depend on the IP portfolio of their company in which patents play an important role. Even a well-researched and careful attempt to file a patent can run into unforeseen mistakes. In other words, mistakes in a patent application can be ruinous to the company.

Below are five mistakes which can be avoided with respect to filing patent applications:

Imagine a world without an enforceable Non-Disclosure Agreement (NDA), where you cannot disclose a confidential piece of work. It would be very discouraging to disclose confidential information, with all the risk and loss of all the creative work being done.

However, when some information is revealed to another party under an NDA, and that party reveals it to the public in violation of the NDA before the filing date of an application based on the revealed information, that information is considered to be prior art. Some patent laws give inventors a certain time to file a patent application after such a violation occurs. If the application is filed within that period, the wrongfully disclosed invention does not count as prior art.

This blog is very impressive and infomative.Keep rocking!!!