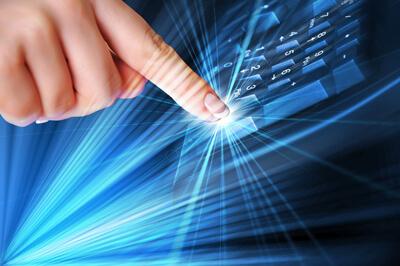 Can you guess who is being described with these words: “Earned a PhD in Mathematics from Yale, rose to be a rear admiral in the US Navy, became computer scientist, wrote the first ever operating system for a computer, created one of the earliest linkers (a type of computer program)”?

Women played an important role in the early history of modern computers. The word ‘computers’ was first used for people, mostly women, who broke up number crunching problems, each of them solving only a part of the problem, and together accomplished what electronic computers do today. This was needed in the US in relation to the design of new aircrafts, analyzing wind tunnel data for model aircrafts of new designs for the war effort during the second world war.

It is said that while working on one such computer it malfunctioned. One of the people working on it went to investigate and found an insect caught between the contacts of a relay and hence, it was not able to close. The “bug” was removed and the computer started working again. When the co-workers asked what was found, the answer was, “I found a bug”. This is the origin of the term bug for errors in a computer or software and correcting one is called debugging.

The person we are talking of is Grace Brewster Murray Hopper (née Murray). Grace was born in New York city. She was the eldest of the three children of Walter Fletcher Murray and Mary Campbell van Horne.

Grace studied in Vassar College and graduated Phi Beta Kappa in 1928 with a bachelor’s degree in mathematics and physics. She earned her master’s degree at Yale University in 1930. In 1934, she earned a PhD in mathematics from Yale. Grace began teaching mathematics at Vassar in 1931 and was promoted to associate professor in 1941.

Grace tried to enlist in the Navy but was rejected as she was thirty-four years old by then. During the war in 1943, Grace obtained a leave of absence from Vassar and was sworn into the United States Navy Reserve. She reported in December and trained at the Naval Reserve Midshipmen’s School. Grace stood first in her class in 1944 and was asked to work in the Bureau of Ships Computation Project at Harvard University.

There, she served on the Mark I computer programming staff. Grace and her manager Aiken co-authored three papers on the Mark I, also known as the Automatic Sequence Controlled Calculator. After the war she continued to serve in the Navy Reserve. Grace remained at the Harvard Computation Lab until 1949, turning down a full professorship at Vassar in favor of working as a research fellow under a Navy contract at Harvard.

In 1949, Grace joined the Eckert–Mauchly Computer Corporation as a senior mathematician and joined the team developing the UNIVAC I. The UNIVAC was the first large-scale electronic computer to be on the market in 1950.

Grace recommended that data processors should be able to write their programs in English, and the computers should translate them into machine code. Such a job is done by a compiler. Even though her idea was not accepted, she published her first paper on compilers in 1952. She finally wrote a compiler called the A compiler.

In 1952, she created the first link-loader. The link-loader translated mathematical notation into machine code. Nobody believed that and told her that computers could only do arithmetic. She was convinced that programs in English could be translated into machine code by the machine itself. That was the beginning of COBOL – an early computer language.

In 1954 Grace was named the company’s first director of automatic programming, and her department released some of the first compiler-based programming languages, including MATH-MATIC and FLOW-MATIC.

Grace advocated the replacement of large, centralized systems with networks of small, distributed computers such that any user on any computer could access databases on the network. She pioneered standards for testing computer systems and components especially for early programming languages such as FORTRAN and COBOL.

Even though Grace retired at the age of sixty, she was repeatedly called back to duty and she retired finally as a rare admiral in 1986. At her retirement, she was awarded the Defense Distinguished Service Medal – the highest non-combat decoration.

Following her retirement from the Navy, she became a senior consultant to Digital Equipment Corporation (DEC) and retained that position until her death at age 85 in 1992.

Grace Hopper Conference is an annual conference held worldwide to celebrate women in technology. Ever wondered who it is named after? The pioneering computer scientist is introduced here by J L Anil Kumar, Senior Consultant, LexOrbis, the tenth article in the series of articles on women inventors.