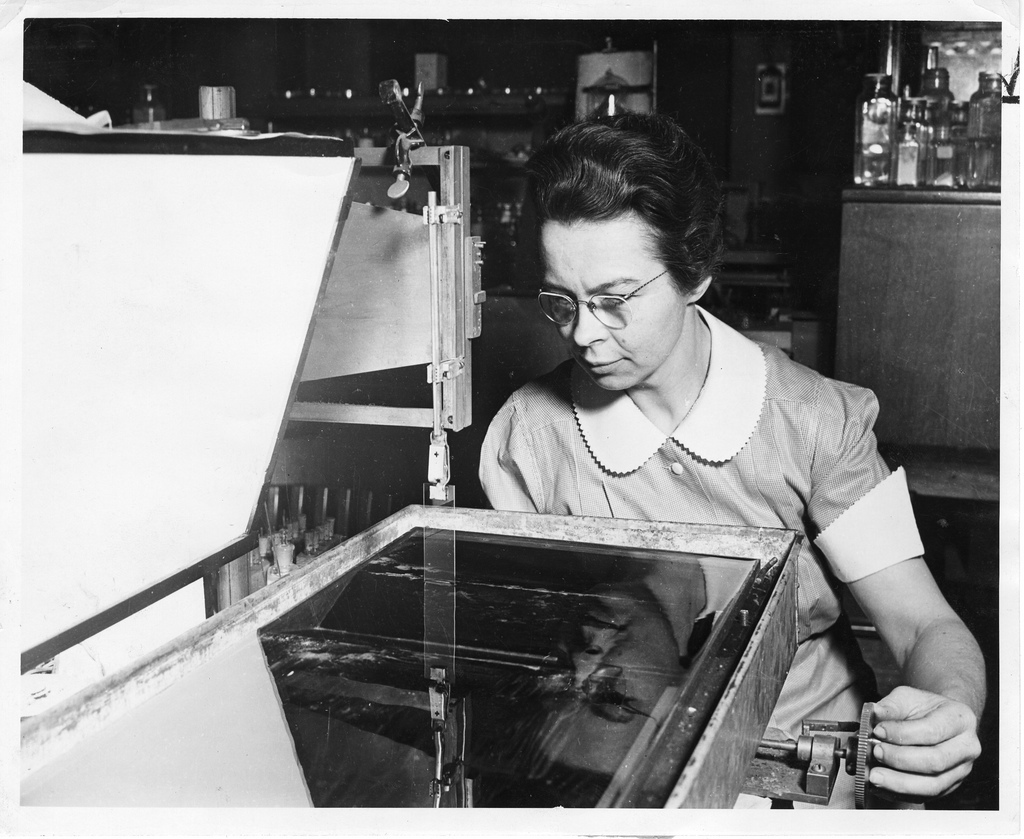 It is said that when the popular film Gone with the Wind was released movie goers were fascinated with the superb clarity of the cinematography. You may also have noticed that surfaces of lenses of cameras appear to have many colours and wondered why. Among other things, optical astronomy and photography in general have benefitted immensely from the invention which was also the reason for the clear cinematography of the movie.

The invention behind them is anti-reflective coatings. The use of that technology used on plane sheets of glass has resulted in what is dramatically dubbed as invisible glass. The technology involves applying layer after layer of monomolecular coatings of certain compounds on glass and metals. Monomolecular layer means a layer which is just one molecule thick – of the material being coated. Invisible glass itself was created by depositing forty-four monomolecular layers of barium stearate on glass. This invention was patented by Katharine Blodgett while working for General Electric.

Katherine was born on January 10, 1898 in Schenectady, New York. Her parents were Katharine Buchanan Burr and George Reddington Blodgett. Her father was a patent attorney and headed that department at General Electric. Her father was shot and killed in his own house by a burglar she was born. After his death, her mother moved to New York City with Katharine and her brother George Jr. In 1901, the family moved to France and lived there for several years. They returned to New York for a year, during which time Katherine attended school in the village of Saranac Lake and then spent time traveling through Germany. In 1912, Katherine returned to New York City and attended New York City’s Rayson School.

After attending Rayson School in New York City, she went to Bryn Mawr College on a scholarship. A former colleague of her father, Irving Langmuir, who later won a Nobel Prize, took Katherine on a tour of General Electric’s research laboratories. He offered her a job as a researcher at GE – provided she completed higher education. So, she got her master’s degree at the University of Chicago after receiving her bachelor’s degree.

She graduated in 1918 and became a researcher with Langmuir. After six years there, she decided to pursue a doctoral degree hoping for advancing in GE. Langmuir arranged for her to study physics the Cavendish Laboratory of Cambridge University. She was enrolled at Newnham College. She studied with Sir Ernest Rutherford and in 1926 became the first woman to receive a PhD in physics from Cambridge University.

In GE she had developed techniques for creating monomolecular layers of various materials, along with Langmuir. Further, Blodgett developed practical uses for those films. She used barium stearate to cover glass with monomolecular layers. This made the glass more than 99% transmissive – thus, invisible glass. The light reflected by the layers of film cancelled the reflections by the glass. This type of coating is now called Langmuir–Blodgett film and has wide variety of applications. Once introduced, nonreflective lenses were applied to cameras and projectors. The glass was also used for submarine periscopes and airplane spy cameras during World War II.

Blodgett and Langmuir gave attention to improving the light bulb. They studied electrical discharges in gases that was to lay the foundations of plasma physics.

Blodgett obtained eight US patents during her career – as a sole inventor on six of them. Vincent J. Schaefer was the co-inventor for two. She published some thirty technical papers. She also invented poison gas adsorbents, methods for de-icing aircraft wings, and improving smokescreens, among other things.

She received many awards for her achievements and to name a few: She was recognized as one of the thousand most distinguished scientists in the United States. She was honoured by the American Association of University Women with its Annual Achievement Award. She received the prestigious Francis Garvan Medal from the American Chemical Society. In 2007 she was inducted into the National Inventors Hall of Fame.

She never married and lived with a few women friends until her death in 1979.

You may have seen a variety of colours when camera lenses reflect light. The secret behind that is a number of layers of a coating with a mouthful of a name – monomolecular. Read all about that in this article on Katharine Burr Blodgett, third in the series of articles on women inventors written by J L Anil Kumar, Senior Consultant, LexOrbis.