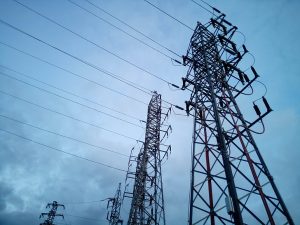 Power is among the most critical components of infrastructure, crucial for the economic growth and welfare of nations. India was ranked fourth in wind power, fifth in solar power and fifth in renewable power installed capacity in 2018. India ranked sixth in the list of countries to make significant investments in clean energy estimated at US$ 90 billion.[1]

The Indian power sector consists of the value chain which can be broadly segmented into generation, transmission, and distribution sectors. The distribution sector consists of Power Distribution Companies (“Discoms”) responsible for the supply and distribution of energy to the consumers of all sectors such as industry, commercial, agriculture and domestic. However, Discoms are struggling with high levels of losses and debt. Due to poor financial health, Discoms have been unable to meet their payment obligations to transmission companies, generators, and financial institutions. Cash strapped Discoms have failed to meet their payment obligations to generators with dues of nearly INR 700 billion (March 2021). As a result, creating stress across the value chain. This has prevented the modernisation of their infrastructure and investment in technology such as smart meters[2].

Despite several reforms to the Electricity Act, 2003 (“Act”), the power sector has been facing various operational inefficiencies and financial solvency. Thus, the Government introduced the Electricity (Amendment) Bill 2021 (“Bill”)[3]. The Bill has been proposed keeping in mind the objectives of (i) enabling the free choice of electricity to electricity consumers, (ii) appointment of members in the Electricity Regulatory Commission with a law background, (iii) strengthening of Appellate Tribunal for Electricity (“APTEL”) by increasing the number of members for dealing with long-pending cases and delay in deciding the appeals; (iv) to meet India’s international commitment for promoting the use of renewable energy.

In India presently, a few cities such as Delhi, Mumbai and Ahmedabad have private entities operating power distribution and in the rest of the country, power distribution is controlled by state-owned distribution companies. A few states have raised concerns that the Bill allowing privatization could lead to “cherry-picking” with private entities providing power to only commercial and industrial consumers and not residential and agricultural consumers[4]. Another concern raised by states is the stringent penalties for failure to meet RPO obligations as states have failed to meet earlier RPOs and have requested a rationalization of penalties for not meeting RPO requirements.

Once the Bill is promulgated into law, private distribution entities will be able to enter other states (under the delicensing provisions of the Bill), and consequently, competition will increase in the power sector. Electricity consumers will have the option to choose their supplier and buy electricity as a commodity like other sectors such as telecom. This will facilitate private companies entering and competing with the Discoms. This should attract fresh capital, novel practices, and the latest technology, boosting efficiency and reducing losses.

The Bill also proposes to help in handling issues like cross-subsidy losses, poor infrastructure, and losses. This will enhance the competitiveness of domestic industries in the power sector. The reforms under the Bill will provide financial relief to the states burdened by their Discom’s financial losses. Finally, the adoption of compliance with the RPO is a positive change for the increase in the utilisation of green energy. The Bill is a critical step in the right direction considering India’s international commitment to the use of renewable energy.

[2] Electricity Amendments Bill 2021: A game changer for the power sector – The Financial Express

The article gives a brief background on the current state of the power sector  in India and analyses the reforms to the power sector  proposed by the Electricity (Amendment) Bill 2021. Authors Mini Raman and Angelina Talukdar further examine the various positive implications that would arise if the said Bill is promulgated into law.