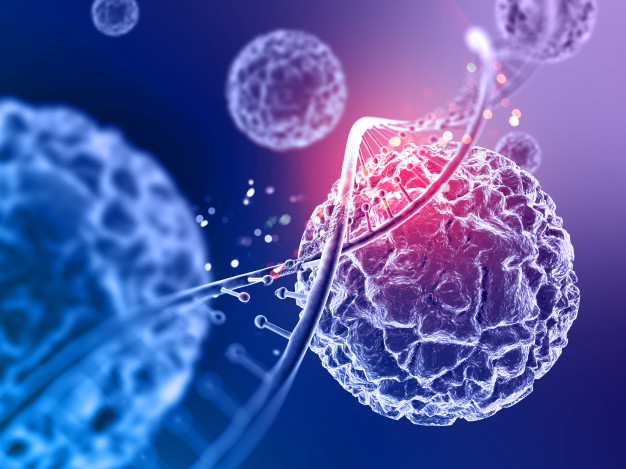 The quest for decoding and isolating the ‘code of life’ is above 150-year-old when first attempt was made by Friedrich Miescher who isolated “nuclein” (DNA with associated protein) in 1869 and identified DNA as a distinct molecule. It took almost another 100 years of consistent research to gain further information in this code which led to discovery by Oswald T. Avery, Colin MacLeod, and Maclyn McCarty in 1944 that it was DNA, and not protein as was previously believed by Friedrich which formed the “hereditary molecule”. No attempt was made to patent these research results as it was believed that these tine molecules are the research tools in hands of the scientific community to dive deep into its mystery and decode it further to establish its exact structure. The establishment of the “double helix” structure of the deoxyribonucleic acid (DNA) which was deciphered by Doctors James Watson and Francis Crick in 1953 revolutionized and conceptualize the commercial aspect of the DNA. In meantime Scientists and researchers continued their efforts to developed new techniques to extract DNA from its natural cellular environment. Such DNA was referred to as “isolated genomic DNA”. The isolated genomic DNA found many uses such as genetic diagnostic tools and in DNA/gene sequencing. Debate over patentability in this tricky area of enormous commercial importance rests on keeping the nature out of the reach of the patent monopoly. One such discovery which became controversial is patenting of gene. A gene covers a specific sequence of a DNA. If a patent is granted on a gene, the patentee can control how the gene can be used, in both commercial and non-commercial ways settings. Such patents are critical as clinical genetic testing tools useful in diagnostic methods in health care industry. They are useful tool for carrying out further research in genetic disorder related medical treatments replacing the traditional treatment. No doubt gene patents would give patenting companies exclusive ownership of genetic testing for patented genes.

Patent eligibility of gene remained shrouded in mystery till 1980 when the lawyer’s trick perhaps worked to convince US Supermen court in Diamond versus Chakrabarty case that the act of ‘isolation’ or ‘purification’ gives a human-made character to human genes which clearly distinguish them from naturally occurring genes. The Court for first time held that a human-made, living, genetically engineered bacterium, capable of breaking down components of crude oil, was patentable. This opening encouraged the filing of many gene related applications and by the year 2013, above 4,300 patents on even human genes were granted without much resistance from the patent offices in US, Europe and elsewhere. However, in June 2013 Supreme Court of the United States curtailed and clipped the race of patenting human genes. In Association for Molecular Pathology v. Myriad Genetics, Inc., [133S.Ct 2017 (2013)] Supreme Court ruled that “human genes” cannot be patented in the U.S. because DNA is a “product of nature.” Judge Sweet critically observed that ‘Mere purification of a DNA does not alter its essential characteristics – its nucleotide sequence – that is defined by nature and central to both its biological function within the cell and its utility as a research tool in the lab’. He ruled that isolated DNA [BARC1& BARC2 genes] is not markedly different, as it exists in nature and therefore is considered unpatentable.

Section 3(c) of Indian patent action 1970 was amended by section 4 of the Act of 38 2002 effective from May 2003, which categorically excluded “discovery of any living thing or non-living substances occurring in nature”. The direct implication of this exclusion from the patent eligibility hit all those inventions which are mere discoveries of the living or non-living substances already exiting in nature but also what is pre-exiting in the nature including in the bodies of animals. Prior to 2002, the Indian Patent Office denied patents inter alia for inventions relating to “(a) living entities of natural or artificial origin, (b) biological materials including altered gene, DNA fragment, plasmids, vectors, replicons or other materials having replicating properties, (c) substances derived from such materials and (d) any processes for the production of living substances/entities including nucleic acids.” as they fall under erstwhile section 2(1)(j) and/or section 3(i). [Office instruction 1 0f 1991]. When sections 3(c),3(d),3(i) were amended and new sections 2(1) (j) and 3(j) were added in 2002 patenting of gene automatically stood limited to modified gene like c-DNA. However, patent office continued to refuse patents involving living entities including genes as per office instruction of 1-1991. This position changed when in 2002, the High Court of Calcutta in Dimminaco AG v Controller of Patents & Designs ruled that processes involved in the preparation of the Bursitis vaccine where the final product of that process contained living organisms as patentable which was rejected by the Indian Patent office on the grounds that the process for the preparation of the said vaccine could not be considered a “manner of manufacture” under erstwhile section 2(1)(j). Main reason for this rejection was that its product contained a living entity, and the claimed process was a natural one.

When Patents Act was amended in 2002 to comply with TRIPS requirements, patenting of gene except those occurring in nature became available. First patent on an expression cassette comprising a DNA molecule (1772/del/1995) was granted which followed grant of many more DNA related patents. This clearly meant that IPO is not averse to granting patents on gene or DNA material. Nevertheless, IPO examination practice on applications relating to genes faces multi facet objections such as S 3(b) [morality], S 3 (c) [natural occurring], S 3 (d) [New use, same substance, enhanced efficacy] and S 3(j) [part of animals]. Invariably all these objections are raised in first examination report in inventions on genes or human genes. A quick look at list of granted patent between 1995 to 2020 on DNA related reveals that around 222 such patent could cross the patentability line set by IPO. Though this list includes patents based on biotechnological processes and methods , some of these patent are for pure DNA or gene containing vaccines for small pox (4050/KOLNP/2010) and influenza or even production of closed linear DNA (5006/CHENP/ 2011).

There no directs case in India where patentability of the gene sequence or human gene have been tested till now. However, Justice Bhatt through an obiter in a decision in Emergent Genetics India v Shailendra Shivam [ (2011) (47) PTC 494 (Del)] dealt with inter alia, genetic sequence [genetic information of hybrid seeds] and observed that “the genetic sequence was not an original expression of ideas but mere reproduction of something found in nature.” Justice Bhat emphasized that: “The microbiologist or scientist involved in gene sequencing discovers facts … Such scientists merely copies – from nature-genetic sequence that contains codes for proteins … So long as a researcher constructs a DNA sequence based on a sequence discovered in nature, there is no independent creation, no minimum creativity and thus no originality.” Though this case pertains to determination of copyrightability in a gene sequence, but it clearly set the possible technical tone involved in ascertaining the patentability in Indian context to the effect that the gene sequence lacked originality thus gene patent may hit section 3(c) exception hurdle. Some experts may find this argument not very convincing, but patent examiner may consider it in the back of his mind while examining application on gene and gene sequence. But a quick look at the background of the process by which those gene sequences are created, or isolated, or improved may make them a suspect to receive any intellectual protection in India and other jurisdictions. The gene/human gene application is more susceptible to refusal as it is expressly excluded for patent protection by reason of Section 3 (c) (occurring in nature) read with section 3 (b) (morality grounds) under the Patents Act 1970 as amended in 2005. All other application containing non- human genes/DNA appears to be patentable in India if it pass 2(1)(j) criteria novelty, inventive step and industrial application.

A clear picture as to whether and to what extent (if any) should human genes be patent eligible subject-matter eludes as cut to cut reply from patent office in all jurisdictions including India is. One must understand that the patent eligibility of a subject matter such as human gene / gene sequence being a question of law and fact can be decided on case-to-case basis only. One thing is clear that there is no blanket ban on patentability of gene/gene sequence patent in India. However, its eligibility rest with determination of the question of whether genetic sequences should be considered as chemical compositions; or whether the focus should be on its information transmitting qualities based on its nucleotide arrangements. While the chances of denial are more in the later approach, the former chemical composition approach may favor grant of patent it the novelty and efficacy under section 3(d) is supported and established by description in the patent. It is pertinent to add that basically all genes are chemical compositions, and its patentability should be treated at par with other chemical compounds which are generally regarded as patent-eligible subject-matter. Humen gene patentability may hit the ethical / morality wall exclusions under section 3(b) irrespective of meeting all the criteria of patentability in Indian context as well. No drafting skills can take the subject matter which is excluded from patentability to the patent eligibility side as it will be difficult to enforce such patents in the long run as we have seen invalidation of BRAC patents in US and other jurisdictions. The filing of the patent application in this nascent but commercially growing field is on the rise in India. However, expert advice may be useful to clearly understand the patentability position of gene before such applications are filled in India.

In this feature, DPS Parmar, Special Counsel, discusses the scope, limitations and the judicial stance on the patentability of gene/gene sequence patent in India.