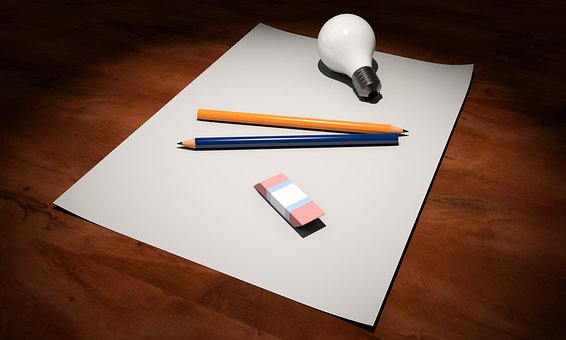 It is true that for carrying out any post filling amendment in a claim, a basis must be found elsewhere in the patent application.  Any addition of new language that is to be added by way of amendment can be imported into a claim only where it has support in the specification or a claim. Normally, during prosecution of an application the newly added language is imported from another claim in the claim set, or from the specification. As understood from the established case law in other jurisdictions it not essential that the language added to the claim being amended should have to match exactly with the wording found in the other claim or found in the specification. It is pertinent to add that the sole purpose of including drawing in patent specification is to allow skilled person to clearly derive the structure and function from the drawings that would be useful to define more precisely the subject-matter for which protection is being sought. Another aspect of permissibility of amendment derived from the drawings is that its application in practice is limited to and guided by the content of the description filed. A drawing would never be interpreted in isolation from the overall descriptive content of the specification as it would only qualify its general context. It is important to understand that the description in relation to drawing in the specification not only defined by its features mentioned or shown therein but also by their relationship to each other. In any case introduction of additional matter would not be allowed which would amount to enlarging the scope of the protection as originally sought.

Conditions on allowability of amendments

Plain reading of this provision suggests that there is no bar as such on inputting amendments based on the drawings. Such amendments typically contain deriving language from drawings that subsists in the specification. Question normally arises when drawings in a patent do not contain any words at all how such amendments could be allowed.

Contents and extent of disclosure in drawings

“15. Drawings.—(1) Drawings, when furnished under section 10 by the applicants otherwise than on requisition made by the Controller, shall accompany the specifications to which they relate.

(7) No descriptive matter shall appear on the drawings except in the flow diagrams.

Rule 15(7) specifically bar appearance of any descriptive matter on the drawings. In that case how the amendments in claims based on the drawing can be inputted to meet the requirement of section 59 read with rule 15 ?  Drawings in patents rule do not contain any words at all. It may be note worthy that patents where drawings are integral part of the invention in variably have an omnibus claim in form like “substantially as herein described with reference to drawings.” This omnibus clause perhaps gives credence to the applicant to seek amendments in the claims based on the drawings.

If we see EPO guidelines, we come across many established standards for considering and giving patentable weight to the disclosure in the drawings. The basic standard being that while considering support for a feature in a drawing the exact same standards must be applied as applied to reading of patent specification. Question asked would be what the skilled person would derive directly and unambiguously from the drawing using common general knowledge. (T 2537/10). In many decisions it has been proved that there is no prohibition to amend the claims to include features from drawings, provided the structure and the function of such features were clearly, unmistakably and fully derivable from the drawings by the skilled person and not at odds with the other parts of the disclosure. It is also understood from EPO practice that where drawings existed, they were to be regarded as an integral part of the documents disclosing the invention. In other words, drawings were to be treated on an equal footing with the other parts of the patent specification.

In a case relating to process for regulating the print quality of printers which could only be carried out using statistical calculation, Board allowed the incorporation into the text of the claims of the numerical features derived from the curves. (T 145/87). In yet another case, ( T 398/92 patent claims were amended to contained features (percentage of drug release) that had not been mentioned expressis verbis in the description in the specification but had been derived from the figures for the application as filed. “The board recognised that the points of these curves were not purely intellectual graphic constructions but, on the contrary, corresponded to real experimental values, representing the percentages of a particular drug released in solution. Although these percentages were not mentioned expressis verbis in the original document, the board observed that for a skilled person they would have been clearly and unambiguously derivable from the scale given on the Y-axis, since the figures were sufficiently precise for the ordinate values to be read exactly and thus for the same numerical features as introduced in the claims to be derived from them.”

Turning to the position of USPTO relating to amendment based on or derived from the drawings, we find that the practice in USPTO is more or less similar to EPO. For example, in Ex parte Dart, Ex parte Almada, and Ex parte Lee board considered a situation where an inventor successfully argued that a drawing served as a basis for new language (structural element) inputted into a claim by way of an amendment. In Ex parte Dart [2011 WL 4545864, at *2–3 (B.P.A.I. Sept. 29, 2011)] the amendment was “no smaller than a particular size of about 40 microns,” and in Ex parte Almada [2009 WL 789939, at *5 (B.P.A.I. Mar. 23, 2009)] amendment was “a ring diameter more than two times a ring width,” . In Ex parte Lee [2009 WL 2904632, at *6 (B.P.A.I. Sept. 9, 2009)] board allowed the amendment “a drum connection duct positioned adjacent an exhaust outlet.” as it had basis in drawings. Similarly, functional elements, when inputted into a claim by way of an amendment, which found basis in a drawing, where allowed in Ex parte Michelson No. 2009-009897, at 22 (B.P.A.I. Dec. 9, 2009). by board. Therefore, it is understood that in US the practice of inputting amendment based on the disclosure in drawing is acceptable.

In India drawings are deemed to form the part of the complete specification. In Biswanath Prasad Radhey Shyam vs Hindustan Metal Industries [(1979) 2 SCC 511], Hon’ble Supreme Court observed that:

“27. …A specification whether provisional or complete, must commence with the title, and in case of a complete specification must and with a distinct statement of the invention claimed. (Sec. 4)

The Controller then considers that application and may require the applicant to supply suitable drawings and such drawings shall be deemed to form part of the complete specification.” [Emphasis added].

That means the drawing are given patentable weight while consideration of scope and content of the description. In Prism Cement Ltd. Vs Controller (OA/7/2006/PT/MUM [12th OCTOBER 2020]) appeal case where controller refused the patent even where the applicant/appellant submitted the amendments that were derived directly from the specification and drawings, IPAB held that

Both cases clearly mandate the Controller to deem the drawings as part of the patent specification. In latter case IPAB observed that where the amendments are derived from the specification read with drawing same should be allowed.

It is contented by many experts that drawings in fact are approximate and therefore unreliable to form the bases of amendments. Nonetheless, it is not denied that they could be useful in interpreting amended claims if the description did not contain a more precise indication of what was meant as we have seen in the Prism Cement case.  In many cases the patentable weight is given to the amendments based on or derived from the drawings. EPO Board is not averse to allowing amendments driving from the drawings, but they normally do so based on the specific facts of a case. So is the established position of the USPTO. If we see section 59 of the Indian patents Act 1970, we do not find specific bar on using drawing as the basis of amendments in the claims so long as the proposed amendment do not amount to enlarging the scope of the protection as originally sought. However, when it is necessary it to amend the wording of a functional element in a claim in the prosecution stage a basis for this could be found in the specification and/or in drawings. An expert advice would be useful in such cases to avoid rejection of the patent.

DPS Parmar, Special Counsel at LexOrbis, provides a breakdown of the process and benefits of adding drawings to a patent claim.