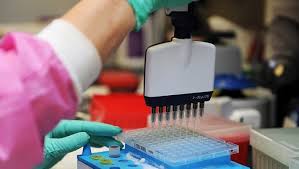 On 9 April 2020, the Cancer Patients Aid Association (CPAA) a charitable organisation has written to Central Government for the revocation of recently granted patent of Remdesivir under section 66.

The Remdesivir patent Application No. 201727012821, filed by Gilead Sciences has been granted in India on Feb 18, 2020. The patent states that Remdesvir, is useful for treating “Filoviridae virus infection”. Coincidently, the novel coronavirus also belongs to the same family of Filoviridae virus. Remdesvir has not yet got marketing approval and is undergoing clinical trials on COVID-19. US has also authorised the antiviral drug Remdesvir against Coronavirus.

The CPAA has urged that Remdesvir may be an effective treatment of Coronavirus. Therefore in today’s situation monopoly rights to Gilead Sc. Inc. may be imperative to public interest. Hence, the patent should be revoked under section 66 so that generic version of the drug shall be made available to the people in need.

CPAA has also urged that the granted patent is non-patentable as it lacks novelty, inventive step and also falls within the provisions of section 3d of the Indian patent Act. Lack of novelty and inventive step are the grounds of both post grant opposition and Revocation under section 64. Since one year has not yet completed after the grant of patent therefore CPAA have the option of filing post grant opposition to invalidate the patent. Further, the patentability of a patent under post grant opposition is to be ascertained by the learned Controller or the IPAB and does not have any link with the Central Government.

Now the question arises whether Remdesvir patent may be revoked on the grounds of public interest under section 66.

Section 66 in The Patents Act, 1970 defines the revocation of patent in public interest.

Where the Central Government is of opinion that a patent or the mode in which it is exercised is mischievous to the State or generally prejudicial to the public, it may, after giving the patentee an opportunity to be heard, make a declaration to that effect in the Official Gazette and thereupon the patent shall be deemed to be revoked.

Central government has exercised his powers twice under section 66 to revoke the patents in India in 1994 and 2012. The first patent revoked under section 66 in 1994 was the Agracetus patent which covers all forms of genetically engineered cotton. It was revoked to preserve the farmer’s right. The second was the revocation of Avesthagen patent which was held prejudicial to public since the patent relates to Traditional knowledge.

The presently granted Remdesvir patent is neither prejudicial to the farmer rights nor is the part of traditional knowledge. Therefore previous judgements cannot be reciprocated to the present case.

The primary intent of the CPAA is the availability of Remdesvir to the peoples in need at effective cost which is possible if the other manufactures can produce the generic version of Remdesvir. Revocation of patent under section 66 may give birth to the number of controversies and can weaken the Indian patent framework. Other than revocation, the Patent’s Act 1970 has the provision of granting Compulsory licence under special provisions under section 92. Many other countries are also either granting compulsory licences (as in Italy) or amending their laws (Canada) such that granting CL become easier in order to combat COVID 19 situation. However according to the recent reports Gilead has signed voluntary licensing agreements with Cipla Ltd., Ferozsons Laboratories, Hetero Labs Ltd., Jubilant Lifesciences and Mylan to manufacture Remdesivir for distribution in 127 countries such that drugs could be available to the people in need at effective cost.