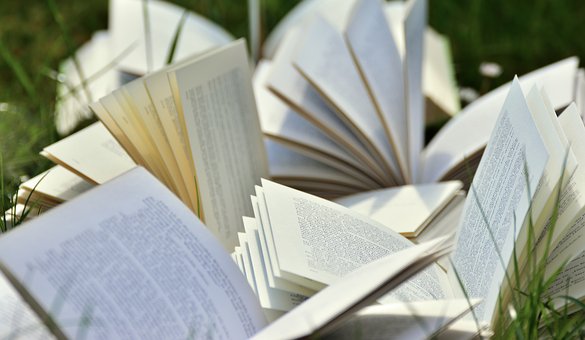 Due to the pandemic induced nationwide-lockdown, the physical distribution of newspapers became impossible. Many newspaper publication agencies resorted to publishing digital or enewspapers on their websites. This however led to an unprecedented surge in people sharing copies of e-newspapers on different social media platforms. When it comes to newspaper websites, access to their e-newspapers is allowed only to subscribers, and these subscribers are obliged to follow the ‘terms of use’ as specified by the publication. These terms allow access only for personal use while disallowing the unauthorized circulation of these e-newspapers. Although the prima-facie circulation of free e-papers is not considered to be illegal, a user sharing an entire PDF copy of a newspaper that would otherwise be available only after payment of the subscription fee would amount to infringement of the newspaper agency’s copyright.

The Times of India, an English daily and the most widely circulated in India since 1838, is ranked among the world’s best newspapers. Its proprietor Bennett Coleman Co. Ltd. also owns The Economic Times, Nav Bharat Times, Maharashtra Times, Sandhya Times etc. In addition to publishing physical copies of its newspapers, during the pandemic, it had also begun distributing its publications in digitized format on its website on a subscription basis, wherein a customer could subscribe for a fee and get direct access.

In June 2020, the plaintiff, Bennett Coleman Co. Ltd. came to know that without its authorization, its proprietary e-newspapers were being illegally circulated for free by users of WhatsApp and Telegram. The defendants, WhatsApp, Telegram, Administrators of WhatsApp groups like Media Guru and others were transmitting and disseminating the plaintiff’s enewspapers without authorization.

The plaintiff applied for restraining these activities of illegal copying, reproducing, adapting, distributing, transmitting, disseminating in any manner etc., copies of its e-papers on the defendant social networking platforms WhatsApp and Telegram through mobile or on any website/portal/domain or in any manner. It contended that the publications and news articles in its newspapers are published by giving proper credit to specifically named sources such as PTI, Reuters and so on. Such publications on the plaintiff’s website as e-newspapers similar to its physical newspapers constitute “original literary works” within the meaning of copyright, and hence are protected under Section 14 of the Indian Copyright Act. Due to which it is the exclusive owner of the copyright of the aforementioned literary works, with the right to reproduce them in any material form. Hence, the plaintiff contended that the access and permission granted by the defendants to various users, channels and groups created by known and unknown administrators to unauthorizedly and illegally upload the e-newspapers free of cost in a PDF file format daily, was in direct violation of its exclusive rights.

Given this, the Delhi High Court held that the plaintiff is the exclusive owner of the copyright in the said literary work and that they possess all rights to it in any material forms. Therefore, the actions of the defendants illegally circulating copies of e-newspaper owned by the plaintiff resulted in a violation of the rights of the plaintiff. The court granted an interim injunction in favour of the plaintiffs and against the defendants.

A similar stance has been echoed by the courts in other cases involving the copyright infringement of a newspaper. In the case of Bennett Coleman & Company Limited & others vs. Ajay Kumar & others, a website downloading PDF files of Times of India etc., and providing them free to students was held liable for copyright infringement. Similarly, in Jagran Prakashan Limited vs. Telegram FZ LLC & others, the court had restrained a messaging app from circulating an e-copy of the newspaper without permission.

The Indian Copyright Act prohibits a person from copying, publishing, and communicating a ‘work’ to the public without the permission of the work’s owner. The Indian information technology law also imposes a similar prohibition. As per copyright law, the concept of ‘fair dealing’ does not completely prohibit the use of a literary work. However, this view gets balanced out with Article 13 of the TRIPS Agreement that emphasizes that such exceptions to exclusive rights should only be allowed to the extent that they do not exploit the work or unreasonably prejudice the interests of the right-holder.

The pandemic saw an unprecedented rise in usage of internet, but as a collateral damage the increase in infringement and counterfeit affected IP owners. The judiciary has time and again opined that allowing the widespread use of PDF files of e-newspapers on social networking platforms free of cost would result in a loss of visits to the official news websites, decreased market visibility, future subscriptions and hence, would result in infringement of the newspaper’s exclusive rights. While media houses protect their publications through technological measures, the courts help in enforcing legal rights. A mix of techno-legal measures present the perfect blend for protecting IP rights in this digital age.

“Digital-dependency during the pandemic has been double-edged for IP owners due to rising cases of counterfeit and infringement. In this article, Manisha Singh & Simran Bhullar explain the Delhi HC’s verdict discussing the copyright violation of e-newspaper through illegal online distribution. It was 1st published in Lexology on June 15th , 2021”