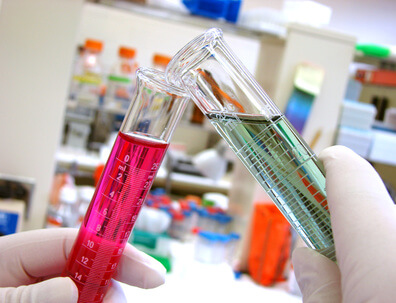 The most common question that comes to mind when dealing with biologics and biosimilars is, “Is there a difference between a generic drug and a biologic/biosimilar?” Beginning with the basics, biosimilars are biological products which are highly similar to or copies of approved biologics. Biologics are products or compositions that are produced from living organisms such as microorganisms (bacteria or yeast), human, and plant or animal cells and are large, complex molecules with no definite structures and are harder and more expensive to develop and manufacture. However, they do have the advantage of being highly target specific. Some examples of biologics are monoclonal antibodies (Rituximab, Adalimumab, Bevacizumab, Cetuximab), stem cell therapy, hormones (Teriparatide), insulin (Insulin glargine), enzymes (Asparaginase), recombinant protein (Erythropoietin) etc. Whereas, generic drugs have simple molecular structures chemically derived from predictable synthesis processes and can be easily purified and characterized. They are chemically and thermally stable with high permeability and are capable of being easily distributed in the body. Some examples of generic drugs are metformin, albuterol, phenytoin, lovastatin, omeprazole etc. Even though biologics and biosimilars involve considerable investment at the development stage, it also opens pathways to cash-in on the complexity of large molecules. There are few factors that should be taken into consideration before taking the plunge to explore the market.

Biosimilars entry in to the Indian market

In India, biosimilars are called as “similar biologics”. India has come a long way since the first “similar biologic” was launched in 2000 for hepatitis B when no specific guidelines had been established for approval and marketing of a biosimilar in India. Now there are approximately 95 approved biosimilars in India. Some of the major Indian players actively growing in the biosimilars space are Biocon, Glenmark, Torrent, Zydus, Reliance, USV, Dr. Reddy’s Laboratories Ltd. etc. Biocon, for instance, earned Rs 1,517 crore or nearly 28 per cent revenue from biosimilars in FY19 proving that biosimilar launches are commercially rewarding1. Indian players should also venture out into the western markets, rather than restricting themselves to India alone. If they are not able to do so, they can adopt a partnership strategy like Biocon. Biocon entered into a partnership with Mylan to launch Trastuzumab biosimilar, Ogivri in the US. Similarly, Roche entered into an agreement with India-based Emcure to produce an affordable version, Bicletis of its drug Herceptin so as to address the issue of access of medicines in India. The active partake of the Indian companies in the biosimilars space is seen by the fact that 201 active biosimilars are in the pipeline of 52 Indian companies. A report by Associated Chambers of Commerce of India (Assocham) predicts that by 2030 the global market for biosimilars will have reached $240 billion and the Indian market will be at a booming $35 billion 1. If the figures are right, this indicates that the Indian market is ripe, lucrative and full of potential, still left to be explored.

In response to the growth of the biosimilars market in India, the regulatory framework of “similar biologics” is now governed by “Guidelines on Similar Biologics; Regulatory Requirements for Marketing Authorization in India” which was initially implemented in 2012 and later revised and released in 2016. As per the guidelines: A Similar Biologic product is that which is similar in terms of quality, safety and efficacy to an approved Reference Biological product based on comparability. The aforementioned guidelines of 2016 provide guidance regarding good manufacturing practices, quality, safety and efficacy requirements and the mandatory pre- and post-marketing regulatory requirements of “similar biologics” claiming to be similar to an already approved Reference biologic. Apart from these guidelines, “similar biologics” are also regulated by the Drugs and Cosmetics Act, 1940, the Drugs and Cosmetics Rules, 1945, Recombinant DNA safety, 1990, Guidelines and Handbook for Institutional Biosafety Committee, 2011, Guidelines for generating preclinical and clinical data for recombinant DNA vaccines, diagnostics and other Biologicals, 1999, CDSCO guidance for Industry, 2008 comprising Requirement for permission of New Drug Approval, Information of Quality for submission of drugs for New Drug Approval: biotechnologic or biologic products, Clinical Trial Application submission for evaluating safety and efficacy and Biological products post approval changes: quality, efficacy, safety document. The Department of Biotechnology (DBT) through the Review Committee on Genetic Manipulation (RCGM) and the Central Drugs Standard Control Organization (CDSCO) are responsible for granting marketing authorization to “similar biologics”. The approval process for biosimilars has three stages viz. pre-clinical trial, clinical trial and post clinical trial stages. Pre-clinical studies require information about the reference biologic and the “similar biologic”. It also includes submission of manufacturing process data which encompasses downstream process development, process development – fermentation, molecular biology considerations and quality based considerations for “similar biologics” such as product characterization and stability. The clinical trial application contains information relating to pharmacokinetic studies, pharmacodynamics studies, multiple dose studies, immunogenicity studies, confirmatory safety, single dose pharmacokinetic studies and efficacy studies. The post-market data/ post clinical trial data consists of post marketing studies (Phase IV Study), pharmacovigilance or drug safety (PV) and reporting of adverse drug reaction (ADR). The market authorization application should be submitted to the CDSCO along with the phase IV studies. The revised guidelines lets the biosimilar applicant use a reference biologic which has been approved in India or any other ICH country and the reference biologic should have been licensed in any ICH countries if not marketed in India. It also provides details about the number of patients and types of studies needed to be carried out in each phase of the clinical trial. Confirmatory clinical safety and efficacy study of a “similar biologic” may be waived if comparable quality, non-clinical and convincing pharmacokinetic and pharmacodynamic data indicating reduction in residual risk is demonstrated. Basically, the “similar biologic” has to be comparable to the reference biologic in terms of quality, safety and efficacy. These stringent guidelines show that India has taken efforts in appointing sufficient safeguards when it comes to the quality of biosimilars and has also streamlined and made easier the process for obtaining market authorization. An example of a case law relating to the stringency for maintenance of biosimilar quality is given below. In Roche Products (India) Private Limited v Drugs Controller General of India (Delhi High Court; CS (OS) 355/2014), Roche filed a suit against Biocon and Mylan on grounds of non-adherence to guidelines and misrepresentation of drugs as biosimilars and passing off with respect to Roche’s Herceptin. Biocon and Mylan were restrained from relying upon or otherwise referring to HERCEPTIN®, HERCLONTM or BICELTIS® (plaintiff’s drugs) or any data relating to Trastuzumab marketed as HERCEPTIN®, HERCLONTM or BICELTIS® including data relating to its manufacturing process, safety, efficacy and sales, in any press releases, public announcements, promotional or other material for the defendants’ drugs, i.e. CANMAb and HERTRAZ and from claiming any similarity with HERCEPTIN®, HERCLONTM or BICELTIS®2. In a contrasting scenario, Reliance Life Sciences received marketing approval for a biosimilar version of abciximab.

In contrast to the scenario in US, there is no linkage between marketing approval and patent protection in India. The intellectual property protection of biologics and “similar biologics” is not dependent or in any way connected to the marketing approval in India. Having said that, patenting of biologics is allowable provided the biologic is novel, involves an inventive step, is industrially applicable and is not a mere discovery of a living organism occurring in nature. Listed are examples of some patents granted. Millenium Pharmaceuticals (a subsidiary of Takeda Pharmaceuticals) received a patent (IN335696) on April 24, 2020 for its Vedolizumab composition. Vedolizumab is indicated for the treatment of ulcerative colitis and Crohn’s disease. IN336474 was recently granted in favour of Eli Lilly for Tibulizumab because it was able to successfully traverse the obviousness, section 3(c) and section 3(d) objections. Tibulizumab (LY-3090106) is a tetravalent bispecific antibody targeting BAFF and IL-17A for the treatment of autoimmune disease. Additionally, a patent (IN268632 titled pharmaceutical formulation comprising HER2 antibody) protecting a pertuzumab antibody formulation comprising histidine-acetate buffer was granted to Genentech in 2015. However, since the biologic is already protected by a product patent, “similar biologics” cannot be protected by a product patent, but can be protected by a process patent subject to satisfaction of the patentability criteria. In this regards, patents have been granted to Biocon for preparation of insulin compounds (IN257450), insulin oligomer conjugates, formulations and uses thereof (IN281034), a method for producing biologically active polypeptide having insulinotropic activity (IN259104) and many others. Similarly, Coherus which is developing a biosimilar version of etanercept along with Daiichi Sankyo has received an Indian patent (IN335063) for an aqueous composition of etanercept and magnesium as a stabilizer. It was successful in addressing the section 3(e) and lack of inventive step objections.

The recent COVID-19 pandemic has increased the demand for monoclonal antibodies such as tocilizumab, sarilumab and itolizumab for testing on COVID-19 patients. It is believed that these monoclonal antibodies prohibit the cytokine storm which is a complication of COVID-19. Similarly, Zydus Cadila is also exploring the use of long-acting Interferon alpha-2b (a biosimilar version is already being commercially manufactured by Zydus Cadila for treating Heptatis B and C) for treating COVID-19. Therefore, the market potential, current scenario along with the patent protection available for biologics and “similar biologics” make India an all the more attractive market.