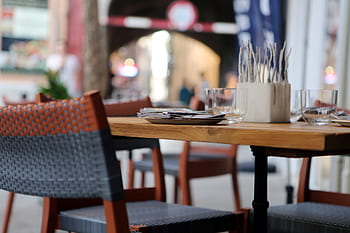 The concept of Corporate Social Responsibility (CSR) enshrined in the Companies Act, 2013 mandates the companies earning more than the threshold set out in the Act to contribute at least 2% of its average net profit towards activities mentioned in the Act which includes education, health care, sanitation, drinking water, hunger, environment, art and culture, sports, etc. through a registered trust, society or a non-profit firm. The statutory provision pertaining to CSR has become more stringent through the amendment of 2019, by making it compulsory for all companies to transfer the unused funds meant for CSR in an escrow account specially opened for CSR activities. The Company’s responsibility to serve the society is one of its statutory duty under the provisions of the Companies Act but there is a slight change in the scenario. Nowadays, these duties are also awarded as penalty to the Companies by the Courts.

An example of this can be understood from the public spirited order passed by Hon’ble Mr. Justice Najmi Waziri of the Hon’ble High Court of Delhi in a contempt action instituted by Hermes International against Riyaaz Nasruddin Amlani where the Court awarded a punitive cost of Rupees Twenty Lakhs on the contemnors which was ordered to be spent towards benefits of adolescent girls attending government schools and other under-privileged girls in orphanages, and for meeting other needs of school-going children. It was also suggested to the contemnors that if they wish to continue with this social work, they may do it and claim the benefit of it from the Corporate Social Responsibility (CSR) account. Here, it should be kept in mind that the Petitioner in this case is a French luxury goods manufacturer having its ranking as one of the world’s most valuable luxury brand and the contemnors are the owners of the popular restaurant chain in large metropolises like Delhi, Bombay and Bangalore. These two, being big brand names in their respective fields and having strong financial footprint must comply with the rules under the scope of the CSR rules.

Let’s consider the case law mentioned above. It stems from a suit of permanent injunction filed before the Delhi High Court by the Petitioner against the contemnors restraining them from infringement of trademark and copyright, passing off, disparagement, etc. apropos its trademark consisting of the word “HERMES” and “Duc-carriage with horse logo” being identity of the petitioner since 1950s. The contemnors were found using the word “HERPES” along with “Duc-carriage with horse logo” as well as photographs from advertising campaigns of the petitioner and their ‘Evelyne Bag’ as part of its restaurant’s decor namely “Social Mumbai” at Goregaon, Mumbai. The Hon’ble Court decreed this suit on 28.02.2018 wherein the contemnors gave its undertaking before the Court that they are willing to remove the marks, photographs and bags infringing the trademark of the petitioner within a period of two weeks without prejudice to their rights and contentions.

The petitioner vide a Contempt Petition [Contempt Case (C) No. 660 of 2018] titled as Hermes International & Another versus Riyaaz Nasruddin Amlani & Others filed under Section 12 of Contempt of Courts Act, 1971 accused the contemnors of committing contempt by not removing the offending marks despite the undertaking given by it before this Hon’ble Court. The petitioner specifically pointed out that the contemnors are still displaying in show-window of their restaurant “Social Mumbai” at Goregaon, a red coloured watch box with an identical “Duc-carriage with horse logo” along with the offending word “HERPES” in the same font size and style as “HERMES.”

The counsel for the petitioner apprised the Court that the malice act of the contemnors has not only infringed their trademark but has also made a deliberate attempte to dilute the wellestablished global reputation of the petitioner. Considering the submission of the petitioner, the Court observed that the restaurant of the contemnors must have been visited by well – off and literate persons, who would understand the brand value as well as its association with a word which means “a skin ailment”. The visitors of the restaurants must have noticed the word “HERPES” written under the “horse drawn Duc-carriage logo” instead of the word “HERMES”. There are chances of them recalling the brand name of the petitioner with a chuckle or distaste or even a degree of aversion because of its link with a skin disease. Thus, the petitioner has a genuine grievance against the contemnors as their sinister act can very easily ruin the well cultivated image of the petitioner’s brand.

The contemnors pleaded themselves guilty and offered to tender an unqualified apology for their act which was accepted by the Court. It was submitted by the contemnors that any harm or injury to the business and reputation of the petitioner was not intended. It was further clarified by the contemnors that in compliance of their undertaking, all the offending marks were removed from the decor of the restaurant but the object in question must have been inadvertently placed by house-keeping staff for which they are sincerely apologetic.

Firstly, to supply mid-day meals for two years as per the minimum parameters prescribed for it by Government of National Capital Territory of Delhi (GNCTD). Secondly, to supply sanitary napkins for girl students for a period of one year. The product should be sourced from the same supplier from whom GNCTD is procuring under its Kishori Yojna. Thirdly, to install a ‘RO Purifier’ at a 150-years-old orphanage for girls situated in Delhi namely “Bachhiyon ka Ghar” and also get it serviced for next five years and lastly, to provide twenty tournament size footballs to promote the spirit and fun of sports.

This is not the only case where this kind of penalty has been awarded by the Delhi High Court. In an another Contempt Petition titled as Merck sharp & Dohme Corp & Anr v Abhayakumar Deepak & Anr. [Contempt Case (C) 846/2018] the contemnors were directed to plant 1,40,000 trees on the Central Ridge of New Delhi from the amount of cost imposed on them. It was also observed that the duty to care for natural resources is fundamental in nature and casted upon all the citizens under Article 51A (j) of the Constitution of India.

The issue in these cases might be common but the remedy provided is the need of the hour. Most of the times, the compensation awarded to corporate giants is petty and it hardly covers the losses but if the same amount is utilized for advancement of the weaker sections of the society, it can prove to be significantly beneficial.

The companies might be complying with their obligation to contribute to the society through CSR but the Courts penalizing them with social work demonstrate a progressive approach to bring a revolution to the concept of awarding punishment and simultaneously benefit the society. Had the Court followed the traditional way of penalizing, it’d have only been beneficial to the party claiming the contempt. Through this directive the Court has aimed at killing two birds with a single stone.