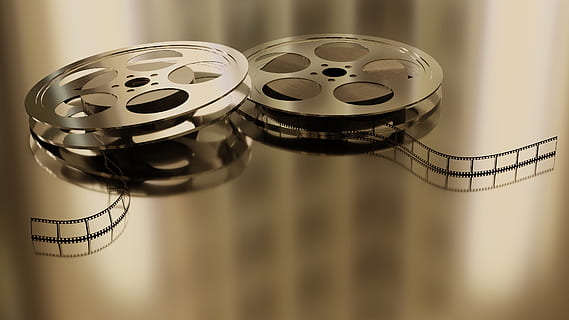 India is acclaimed for its film industry and produces the largest number of movies in the world per year. Apart from Hindi cinema, there are many other regional film industries renowned for their glitz, vibrancy and drama. Cinema has become one of the most preferred and powerful mediums of communication and entertainment. Even a small-budget movie delivers high returns, as it is the content that draws audiences to the box office. With this model of low investment and large profits, there is more litigation in the entertainment business than ever before.

The plaintiff placed reliance on a deed of assignment previously executed between it and one of the defendants and claimed that not only the rights in the original film were assigned to it but also all other existing and future rights. The particular defendant had assigned the rights in the film negatives including the intellectual property rights. The dispute involved the copyright in the literary work including the title, characters, script and dialogue, as well as the trademark, De Dhakka. The defendants argued that the plaintiff was presuming that the copyright in respect of the title of the original movie created rights in respect of a sequel. The defendants argued that no right had been created in favour of the plaintiff in the assignment or by presumption either in respect of the title or in respect of the production of a sequel. In any event, it was said that De Dhakka 2 was entirely based on a different story line and a different concept.In the case of Zee Entertainment Enterprises Ltd v Ameya Vinod Khopkar & Ors, the Bombay High Court refused to grant an injunction where it was alleged that there was copyright infringement and passing off in respect of a commercially successful film, De Dhakka. The plaintiff claimed to be the absolute, sole and exclusive owner of the intellectual property rights subsisting in that film and sought injunctions restraining the defendants from producing a sequel, De Dhakka 2, that would infringe the plaintiff’s copyright and trademark in the original film.

The court construed the words in a clause “and all other rights that are existing as also those that may be discovered or come into being in future” as having “to be read along with the rights that are mentioned in the said clause. It is not as if all future rights even with reference to a sequel have been assigned in favour of the plaintiff”. The court held that particular clauses in the deed plainly stated that what was transferred to the plaintiff under the assignment were rights with reference to the movie, De Dhakka, and nothing else. The court also referred to a schedule in the deed, which clearly stated that the total number of films assigned was one and the rights assigned were only the rights in the negatives of that film. There was also no passing off, as the film in dispute, being a sequel could not be passed off as the original film, and the film in dispute was neither a remake nor a copy of the original film. The plaintiff could not establish that there was either a specific provision in the deed of assignment or a presumption that it had rights over any sequel and the court refused to grant it an injunction.The court construed the deed of assignment and cited the case of Narendra Hirawat & Co v M/s Alumbra Entertainment & Media Pvt Ltd & Ors, in which a similar argument had been raised in respect of a sequel. In that case, as the words sequel rights appeared nowhere in the assignment there was no evidence that the defendant had assigned any rights to make a sequel to the plaintiff. The court observed that in the Narendra Hirawat case the assignment had assigned only the rights to the original film. The court, on construing the deed of assignment as a whole, was of the view that the plaintiff was assigned only the rights in the film De Dhakka and no rights in any sequel or prequel. The words prequel or sequel were clearly absent from the deed of assignment.

To avoid similar situations, parties should draft agreements, assignments and licences to provide specifically for the transfer, assignment or creation of any rights in or over sequels. Any means that can be used to circumvent the assignment of sequel rights should also be dealt with in agreements. As in all drafting, the parties should have in writing a clear agreement avoiding any vagueness, with the documentation confining the terms to that which has been specifically agreed.