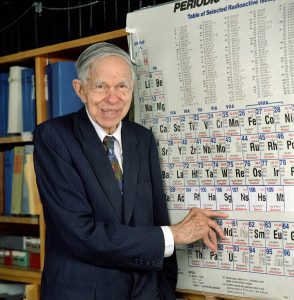 Seaborgium, element 106 in the periodic table of elements with the symbol Sg, is named after Glenn T. Seaborg when he was still alive! That is a rare honour accorded to only two others. Seaborg also has the record for patents with the shortest claims. Read about him and his patents in the fifth article in the series on Nobel laureates and their patents article by J L Anil Kumar, Senior Consultant, LexOrbis.