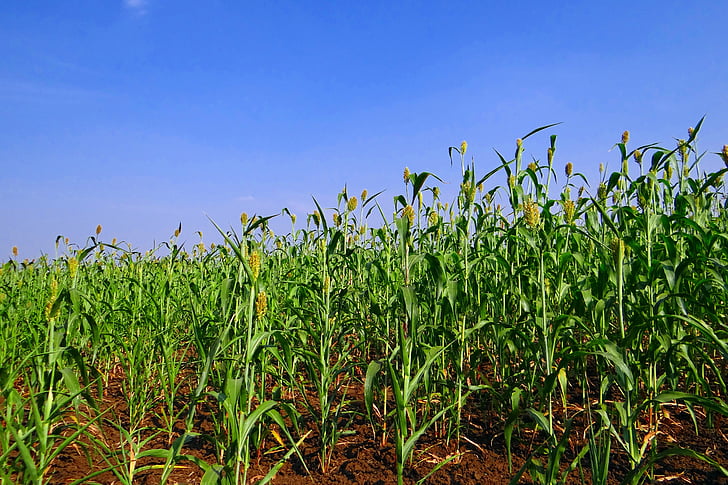 The Protection of Plant Varieties and Farmers’ Rights, 2001 (the PVP Act) is a sui-generis system providing intellectual property rights on the plant varieties developed, in compliance with Article 27(3)(b) of the Trade-Related Aspects of Intellectual Property Rights (TRIPs) Agreement.

Being a sui-generis system, the PVP Act is formulated considering the local needs of farmers, local seed industry and the prevailing seed regulating system. Some of the major features that distinguishes the Indian PVP system from the UPOV, the international regulation on plant variety rights, include extended farmers rights that considers farmers as breeders, recognition of farmers for their efforts/contribution in conservation and sustainable use of genetic resources under the Gene Fund, and registration of extant varieties.

Under the PVP Act, varieties are registered under three main categories: new, extant and farmers varieties. A variety is considered “new” if at the date of filing the application for registration, the propagating or harvesting material of the candidate variety has not been commercialized in India earlier than one year and outside India earlier than six years (in case of trees and vines) or earlier than four years in other cases. Provided, if the variety does not qualify the aforementioned criteria of novelty, the variety would be considered for registration under “extant” category. An extant variety is a variety available in India which is (i) notified under Section 5 of the Seeds Act, 1966; or (ii) a farmers’ variety; or (iii) a variety about which there is common knowledge; or (iv) any other variety which is in public domain. Section 2 (l) of the PPV Act defines a farmers’ variety as a variety which has been traditionally cultivated and evolved by the farmers in their fields; or is a wild relative or land race of a variety about which the farmers possess the common knowledge.

In a recent public notification – F. No. PPV &FRA/Legal/02/2019 dated April 04, 2022 – the Authority has taken a good initiative to expedite the registration of extant varieties of crops species which are not notified so far. In said notification, applications are invited from interested parties with the details of candidate variety namely botanical species, category of registration (variety of common knowledge or farmers’ variety), source of origin (Indian or abroad), method of propagation, available descriptors of distinguishing genetically inherited morphological characters on individual as well as population of the variety (as recorded by the plant breeder) along with the methodology of recording variations within the character, names of example/reference varieties available in India along with their trait expression data as per distinguishability from the candidate variety, suitable regions and public institutions for conduct of DUS testing, suitability production conditions for optimal agronomic expression in the trials for conduct of DUS tests, etc., in order to facilitate due examination of the extant variety application.

After examining the aforesaid details, the Registry would decide whether to take up said application for further action. In view of the foregoing, though the Authority has taken a stand on one of the major pending issues of requirement of gazette notification for registration of extant variety however, in absence of DUS test guidelines and other procedural requirements, the registration of candidate variety cannot be assured. The same is reflected in the aforesaid notification, as it directs the applicant to provide all the details of candidate variety but leaves the responsibility of registry open ended. Nonetheless, this new initiative would definitely bring a hope to long-term pending non-notified crop species which are commercialized globally.

Based on the trend analysis of crop species notified so far under Section 29 of the Act, it is observed that crop species are notified randomly as per local requirement and does not efficiently cover all the crop species in aforesaid categories. This is evident from the late notification of barley, and cow pea notified recently in 2022. Similarly, tea is notified and coffee project is not even in initial stage of formulation of DUS test guideline. Some useful crops like olives, rubber, tobacco, hemp, blueberries, raspberries and various other crops species having international commercial market are neglected from the notification process.

In view of the above, it is totally unclear on what basis the crop species are notified under Section 29 of the PVP as it neither meets the local needs nor satisfy the global requirement. Further, while granting projects for formulating crop specific DUS Test, the prospective crop varieties, industrial application must be considered. This is turn would facilitate the notification of commercially useful crops. Further, the Authority must consider notification of crop species which are not or rarely grown under Indian climatic conditions but have huge IP value. So, a fast-track mechanism is required to notify the crop species so that both industry and breeders benefit.

The Protection of Plant Varieties and Farmers’ Rights, 2001 (the PVP Act) is a sui-generis system providing intellectual property rights on the plant varieties developed, in compliance with Article 27(3)(b) of the Trade-Related Aspects of Intellectual Property Rights (TRIPs) Agreement. In this article, Vijaya Choudhary describes the registration process of variety of common knowledge (VCK), the crop species of which are not notified under section 29 (2) of the Indian Plant Varieties Act (The PPV&FR Act, 2001).