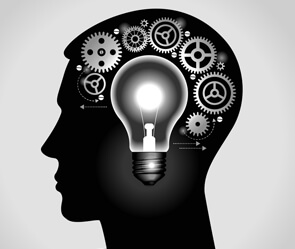 On 23rd July 2021, the Department Related Parliamentary Standing Committee on Commerce presented 161st Report on “Review of the Intellectual Property Rights Regime in India” in the upper house of Indian Parliament (Report is available at: https://rajyasabha.nic.in/rsnew/Committee_site/Committee_File/ReportFile/13/141/161_2021_7_15.pdf). The report indicated that Intellectual Property (IP) is essential for the holistic growth and development of a country and emphasised on promoting and developing the IP environment in India by considering measures at different fronts and suggesting a consolidated approach.

General observations and recommendations of the Committee on IP ecosystem include:

In view of the changing trends of technologies and innovation, the Committee has recommended to review the provisions of the Indian Patents Act, 1970 particularly those which deals with the patent ineligible subject matters:

The Committee noted the significance of issuing Compulsory Licenses to manufacturers andindividuals for utilizing the patents to serve public needs during circumstances of emergency and crisis such as this COVID-19 pandemic. The Committee, therefore, recommended that the Government should delve into the prospect of temporarily wavering patents rights and issuing Compulsory Licensing to tackle the inadequacy in availability and accessibility of Covid-19 vaccines and drugs.

In one of its recommendation, committee has suggested to examine the stringency of Section 122(2) and to make necessary amendments to relax the provision related with imprisonment.The Committee also recommended to consider relaxing the requirement to furnish information under the Form 27 on a yearly basis to ease the compliance burden on universities, R&D institutions, start-ups, and small enterprises.The Committee also recommended that the timeline of 4 years to request for examination by the patent applicant may be shortened to a reasonable time frame to avoid any unnecessary delay in examination and grants of patents.

The Committee has made several recommendations that not only address the current needs of the Patent law but pave way for overcoming future challenges and changes. With rising awareness of IP and consequently, rising number of contentious matters, the Committee has recommended to amend the provision of jurisdiction to promote establishing of alternative dispute resolution mechanism in India such as arbitration, mediation, etc., for ensuring speedy justice to right owners in IPR litigations. The Committee opined that labelling of products with ‘patent pending’ would acknowledge their credibility and authenticity hence yieldmarketing benefits to the patentees. It further recommended that the Department should make efforts in reviewing the existing legislations such as the Patents Act, 1970 and Copyright Act, 1957 to incorporate the emerging technologies of AI and AI related inventions in their ambit.

The Committee also recommended to explore and study patenting of Utility Models and its implementation in different countries for ascertaining it being considered as an alternate IPR in India.The Committee also recommended to explore opportunities in establishing PPH with other nations/countries and, also to carry out impact assessment of the Japan PPH model, which India already has, before venturing on PPH programs with other countries. Above all, the Committee highlights the need for supplying more manpower to the IP Office.

In the area of Copyright, Committee has recommended:

With regard to trademarks, the Committee has recommended to:

The Committee has acknowledged the need for businesses which possess secret formulas, business strategies, algorithms, etc. to secure the same and maintaining its confidentiality. In view of thereof, the Committee has recommended enactment of a separate legislation or a framework for protection of trade secrets, after referring to laws in other jurisdictions.

The Committee report captures the declining trend in seeking GI protection which is evident from drop in number of filings and registrations. To reverse this trend, the Committee has recommended concerted efforts should be taken by both the Department for Promotion of Industry and Internal Trade (DPIIT) and GI Registry to generate awareness in the country about the importance of GI in imparting uniqueness to a product related to its place of origin. Further to prevent duplicity, infringement and unfair competition of GI tagged products causing economic losses, there has been a recommendation to have an enforcement mechanism through a centralized agency to ensure compliance that of GI tagged products.

The committee favoured reviving IPAB and recommend empowering and strengthening IPAB with more structural autonomy, infrastructural and administrative reforms, as well as ensuring timely appointment of officials and experienced manpower.

The recommendations also suggest setting up of various government nodes such as an apex level institution for IPR development, National IPR agency to facilitation coordination between industries, government and international agencies; and state level innovation councils for increased role of state government in promotion and development of IPR.  The overall observations and comments of the Committee indicated that the importance of IPR was analysed and understood from the economic point of view.