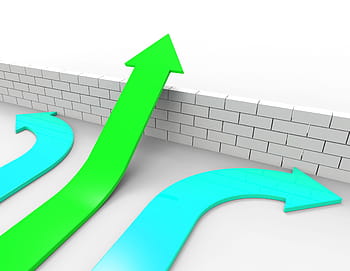 In a legal sense, how can one prove that infringement has occurred? So, the determination of the scope of claims of the patent becomes crucial when deciding whether an act is an infringing act. Numerous approaches are followed by the courts in determining the scope of the claims while deciding on the issue of infringement.

In 1960, the English law about the determination of non-textual infringement began to alter. The House of Lords attempted to finish the pith and marrow test and replace it with a new, less complicated test of purposive construction instead of purely literal construction to claim interpretation.

Lord Diplock analysed the previous cases of the House of Lords addressing claim construction and recognized the problems upon which the cases turned:

According to Lord Diplock, the essential options of the invention are considered to be a subset of all the features in the claim. Lord Diplock then expressed the conception within the Catnic case as:

“A patent specification should be given a purposive construction rather than a purely literal one derived from applying to it the kind of meticulous verbal analysis in which lawyers are tempted by their training to indulge. The question in each case is: whether persons with practical knowledge and experience of the kind of work in which the invention was intended to be used, would understand that strict compliance with a particular descriptive word or phrase appearing in a claim was intended by the patentee to be an essential requirement of the invention so that any variant would fall outside the monopoly claimed, even though it could have no material effect upon the way the invention worked.”

In this way, the doctrine of pith and marrow in English patent law was abolished and replaced with the Catnic test.

THE DOCTRINE OF PITH AND MARROW

The doctrine of pith and marrow outlined the scope of patent protection by the substance of invention. According to the doctrine, an infringement may be established if the defendant’s device or method enclosed all the essential elements of the patent.

An invention may be considered as consisting of many integers (components), some essential to it and a few nonessentials. The essential integers are fundamental to the invention and are like the ‘pith and marrow’ of it. If a variant of a patented invention, that is presupposed to have infringed the invention, contains all the essential integers, it infringes the patent, regardless of what variations are there in non-essential integers. This puts the focus on deliberately drafting specification and claims. The draft ought to take care that the property within the invention, that makes it worthy of protection, is satisfactorily protected by the claim and no loopholes are left. Also, the draft ought to make sure that inroads into the periphery of the claim cannot be created. The claims, even realistic and supported by information filed within the specification, should be framed with decent breadth and imagination to eliminate the likelihood of patenting other inventions that is merely a minor variation of the patentee’s invention.

A HISTORICAL EVALUATION: THE SUBSTITUTION OF THE DOCTRINE OF PITH AND MARROW BY THE CATNIC TEST IN ENGLISH PATENT LAW

The doctrine of pith and marrow may solely be invoked once the accused product or method took all the essential integers of the patented invention despite it omitted, varied, or added some inessential feature. If the suspected product or method omitted a vital feature, the doctrine of pith and marrow had no application. For this reason, it had been continually of utmost importance to see whether the integer that was omitted or added or the variant had any practical value or significance to the successful operation of the patented invention. If it failed to have any practical value or significance, the right approach was then to say a widely known rule of patent law on immaterial variations. If it was found in an extraordinary case that the variation introduced by the alleged infringer was material, it might follow that there was no infringement. However, if it had been found that the variation or omission or addition was immaterial, then a finding of infringement would be created.

The doctrine was first mentioned in the case of Ravi Kamal Bali v. Kala Tech and others [2008] in India.

In Raj Prakash v Mangat Ram Chowdhury and others [1978], the Delhi High Court held that the “pith and marrow” of the invention claimed should be looked into, and courts should not be weighed down within the elaborated specifications and claims created by the parties. The Court held that the title of the specifications of an invention does not affect the actual claim. Under the Indian law, a party cannot avoid infringement by adding an inessential feature, or some minor or inessential variations/additions. An individual cannot be held to take the substance of a patented invention if such a person omits a vital feature.

The Delhi High Court, in this case, relied on the Australian case of Beecham Group Limited v. Bristol Laboratories Private Limited [1968]. In this case, it was held that the infringement would so occur if the substance of the patented article is copied; even if there’s no literal infringement. The court stressed that nobody should build use of a patented product or method, simply by making an insignificant variation in it.

Moreover, in the case of Bajaj Auto Limited v. TVS Motor Company [2010], the purposive construction of claims was accepted by the Madras High Court. In this case, the court stressed on finding the ‘substance’ of the invention, ignoring sure omission or addition of elements.

However, in the case of Ravi Kamal Bali v. Kala Tech and others [2008], the primary discussion of the doctrine of equivalent patents was brought within the purview of the courts. The court in their factual analysis of the case found that the alleged product and the patented product had a similar ‘usage/purpose’, a similar ‘nature of material’, and conjointly worked on the ‘same principle’. Because the court found no substantial distinction within the constructional and purposeful aspect of the product, it held that the amendment within the main structure of the body alone did not indicate the presence of an invention. The case established the practice of the doctrine, it did not expressly write the rules for interpreting the same.

Authored by Esha Mehra, this article gives a comprehensive overview on how the doctrine of pith & marrow, that was used for over 100 years, was replaced by the Catnic test in the determination of non-textual infringement of patents. Esha is an Associate in the Patents – Engineering team at LexOrbis and holds a master’s degree in electronics and communication.