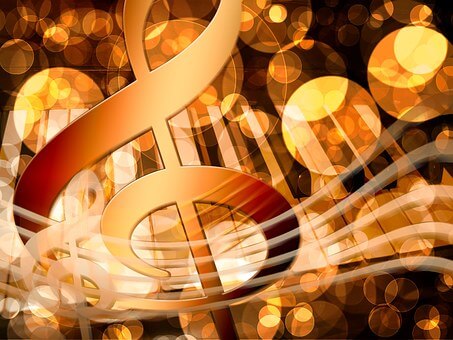 Registrations have been granted for sound marks since 2008 when the Yahoo! Yodel was the first. The first Indian entity to obtain a sound mark registration was ICICI Bank, which registered its corporate jingle. Many more have followed. The Trade Marks Rules, 2017, introduced provisions for the recognition and registration of sound marks. An application must be submitted in MP3 format no longer than 30 seconds. A graphical representation of the sound mark shall accompany the application.

A trademark acts primarily as a source of origin. With traditional marks such as word marks or logos, assessment of distinctiveness is easy. Consumers can see and read such marks, and immediately recognise that the goods or services come from a particular business. If the applied mark cannot distinguish the goods or services of the applicant, it is nondistinctive. For a sound mark to be distinctive, the manual states that “The acceptability of a sound mark must, like words or other types of trademarks, depend upon whether the sound is or has become a distinctive sign; that is whether the average consumer will perceive the sound as meaning that the goods or services are exclusively associated with one undertaking … no sound marks will qualify for acceptance without evidence of factual distinctiveness”.

To prove factual distinctiveness, evidence of extensive usage is required. Zippo Manufacturing Company filed for registration of the click of its cigarette lighter, but faced objection on the grounds that the sound was non-distinctive and incapable of distinguishing the goods or services. Zippo then filed extensive evidence of the use of its sound mark and of its registration in other jurisdictions. Registration was then granted. Zippo overcame the objection by successfully establishing its exclusive association with the sound, and showing that the sound had acquired secondary meaning because of its extensive usage.

Hero MotoCorp filed an application containing a repetition of the word vroom against an instrumental background, which the company used in its advertising campaigns. There were objections on the grounds of non-distinctiveness and descriptiveness, but Hero relied on its extensive use of the sound mark corroborated by documentary evidence. It argued that, as a result of such widespread use and extensive publicity, the mark had become very popular and had acquired further distinctiveness.

The mark was eventually granted registration. The objection that the mark consists only of words or indications which may show the type of intended purpose of the goods or other characteristics, that is descriptiveness, was also raised in the application for registration by Suzuki Motor Corporation. The company applied for registration of its sound mark of “distinct car running sound (of a jet aircraft) in relation to certain types of automobiles”. The application was filed on a proposed to be used basis. In response, Suzuki submitted that the mark consisted of the sound of a jet engine, and as hybrid and electric vehicles did not make such a sound, the mark did not designate the goods.

These applications show that for the successful registration of a sound mark, there has to be firm evidence of factual distinctiveness. In cases where the sound could have been the result of the functioning of the goods, the examiners have applied the acquired distinctiveness test in a robust manner. In the examples above, when the examiners considered the objection on absolute grounds, they may have thought that the sound was commonplace. However, the submission of documents establishing that the sound was associated only with that particular proprietor because of its extensive use, enabled the proved acquired distinctiveness of the sound to displace the presumed generic, commonplace or functional nature of the sound.

Whether it is a traditional mark or a sound mark, any mark that functions as a source identifier can be registered as a trademark.

Authored by Aprajita Nigam and Ruchi Sarin, the article discusses the trend concerning prosecution of sound mark applications in India and, how acquired distinctiveness plays a vital role in successful registration of the sound mark.