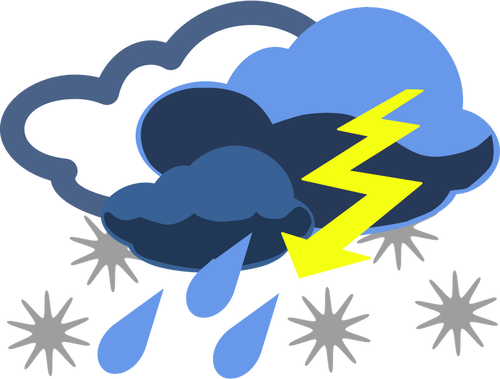 There are innumerable weatherman jokes – about how their predictions never come true. But we must recognise that the science of meteorology has made tremendous progress. The science depends heavily on the extensive collection of accurate weather data. That, in turn, depends on the instruments used to measure the values of parameters related to the weather and record them through the day. Temperature (thermometers and thermographs), relative humidity (hygrometer and hygrograph), wind speed (anemometer and anemograph) are a few such parameters.

Anna Mani has contributed immensely to the field of meteorological instrumentation, among other things.

Anna Modayil Mani was born in Peermade, Kerala, India, as the seventh of eight children of the family. Her father was a civil Engineer. Even as a child, she was a voracious reader. She was influenced by Gandhi during the Vaikom satyagraha and the nationalist movement. She then started wearing only khadi.

She opted for a set of Encyclopædia Britannica as her birthday gift when she turned eight. The tradition in her family, otherwise, was to get girls a pair of diamond earrings. Books introduced her to new ideas, and she developed a deep sense of social justice which shaped her life.

She decided to study physics and graduated in 1939, from Pachaiyappa’s College in Chennai (then Madras) with a BSc Honours degree in physics and chemistry. In 1940, she won a scholarship to do research in the Indian Institute of Science, Bengaluru. She worked on the optical properties of ruby and diamond. She authored five research papers and submitted her dissertation too. She was not granted a PhD because she did not have a master’s degree.

Later, she set up a network of weather stations to measure solar radiation. She set up a workshop in Bangalore for manufacturing instruments for measuring wind speed and solar energy. She worked on the development of an apparatus to measure the concentration of ozone in the atmosphere. She was elected a member of the International Ozone Association. She was invited to set up a meteorological observatory and an instrumentation tower at the Thumba rocket launching facility as weather conditions and prediction of weather conditions are critical to rocket launching.

She was associated with many scientific institutions such as the Indian National Science Academy (INSA), American Meteorological Society, International Solar Energy Society, World Meteorological Organisation (WMO), the International Association for Meteorology and Atmospheric Physics – to name a few. In 1987, she was a recipient of the K. R. Ramanathan Medal awarded by INSA.

The World Meteorological Organization remembered her on her birth centenary year and published her life profile along with an interview with her.

She died on 16 August 2001 in Thiruvananthapuram.

When human induced climate crisis is wreaking havoc all over the, monitoring the weather has assumed great importance. Anna Mani was a pioneering scientist and inventor in this field. J L Anil Kumar, Senior Consultant, LexOrbis, takes a look at her life and achievements.