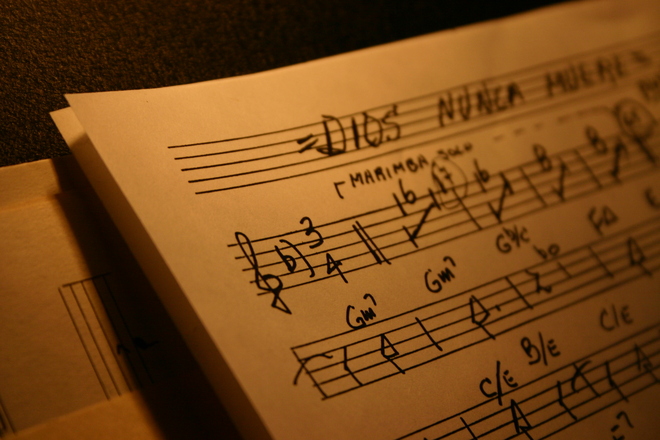 The Plaintiff, Music Broadcast Pvt. Ltd. carried on the business of running, operating and maintaining 20 FM Radio Broadcasting stations across India. The Defendant No 2, Phonographic Performances Limited, then was a copyright society registered under Section 33 of the Copyright Act, 1957, engaged in carrying on the copyright business of its members in sound recordings who administers the sound recordings of its members and further claims to charge and collect license fees from the said users of sound recordings. The present dispute arose when the defendant cancelled all the 20 compulsory licenses for Radio Broadcasting, as per the Cancellation Notice dated 21st June, 2013, pursuant to the order dated 25th August, 2010 of the Copyright Board. The Defendant No. 1 bank was arrayed in the suit as it has furnished the bank guarantees on the request of the Plaintiff to the Defendant No. 2.

The Plaintiff filed a suit, seeking;

Further, the plaintiff alleges that the Cancellation Notice interferes with the due course of judicial proceedings pending in Madras High Court and the Bombay High Court. Moreover, the defendant does not have any power or locus under the Copyrights Act, 1957 read with Copyright Rules, 2013 to cancel the compulsory licenses granted by the Copyright Board. Accordingly, the court stayed the operation of the Cancellation Notice. This was challenged by the Defendant where, the Division Bench observed that the issue regarding the territorial jurisdiction was yet to be decided by the Single Judge.

The Plaintiff alleged that the amount due to the defendant had to be adjusted against the excess payment of license fees, invoking Clause 8 of the Voluntarily License Agreement (VLAs). On the other hand the defendant alleged that Delhi HC did not have exclusive jurisdiction instead the plaintiff, was trying to obtain relief in the court that did not enjoy territorial jurisdiction. Further, the dispute had arisen out of the VLAs, and merely having a subordinate office in Delhi will not give rise to the cause of action in Delhi as such was immaterial to the lis, thus the dispute was subject to the exclusive jurisdiction of Courts in Mumbai. According to the defendants, the Plaintiffs, on the failure to obtain an order restraining the defendants from cancelling the licenses, were now forum shopping seeking a favorable order from the Delhi High Court.

The issue before the court was whether Delhi High Court had the territorial jurisdiction to entertain the suit?

As per plaint in Suit No. 565 of 2011 filed by Plaintiff before the Bombay High Court, the plaintiffs averred that all the VLA’s were executed at Mumbai and both the parties have their registered offices in Mumbai. Moreover, the plaintiff carried on its business within the jurisdiction of the Bombay High Court and therefore under Section 62 of the Copyright Act jurisdiction would be vested to the appropriate District Court. Section 62 (2) understanding of the ‘District Court having jurisdiction’ as under Clause (1) is one in whose jurisdiction the person instituting the suit actually and voluntarily resides or carries on business. Subsequently, a fresh cause of action was sought to be made out by the Plaintiff in the present suit. However, the Plaintiff had averred jurisdiction of Mumbai High Court (exclusive under Section 62) with respect to all the compulsory licenses pleading that it is carrying on business in Mumbai and it was clear that there was no new cause of action but both were part of one lis. This is so as, the subject matter of both the Bombay suit and the current suit was the 20 VLAs and the 20 Compulsory Licenses. In addition, the court rejected the contention that Clause 33 (exclusive jurisdiction) was not enforceable after the expiry of the agreement.

Finally, it was held that on a meaningful reading of the plaint, it was clear that the entire lis between the parties is covered by Clause 33 of the VLAs. Moreover, an exclusive jurisdiction clause cannot be allowed to be circumvented by clever verbal jugglery and recycled cause of action in order to obtain relief from this court that it failed to get from the Bombay High Court. As the current suit involved the adjudication on rights of the Plaintiff to adjust allegedly excess payments, Clause 33 of the VLAs would operate as a jurisdictional bar on the court. Therefore, the Delhi High Court did not have jurisdiction to entertain the suit, and would not consider the merits of the matter.

The plaint was accordingly sent back for presentation before the Bombay High Court, under Order 7 Rule 10 CPC.

The court laid down a clear rule that exclusive jurisdiction agreed to between the parties is a non-derogable provision. Further, the court citing the Supreme Court in Union of India v. Adani Exports Ltd., (2002) 1 SCC 567 discussed that for the facts pleaded to determinate the territorial jurisdiction of a court, there must be a nexus or relevance of the facts with the lis involved. Facts which have no bearing with the lis or the dispute involved in the case, do not give rise to a cause of action so as to confer territorial jurisdiction on the court concerned.