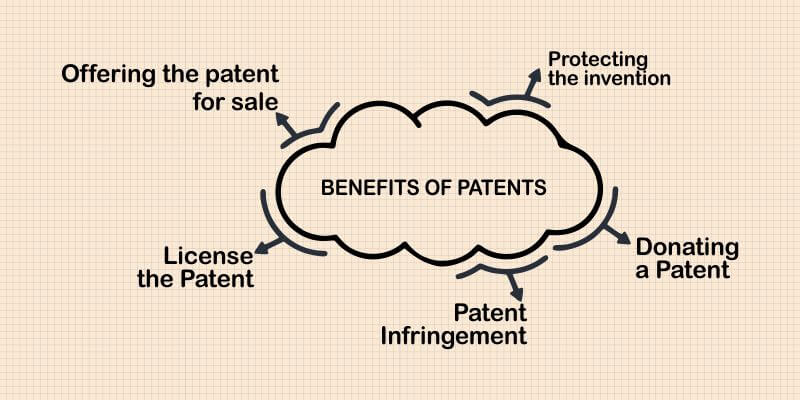 Once you protect your invention by filing a patent for it, have you ever given a thought of adding more profits to your business by utilizing the patent? A patent, in general, is a right to exclude others from exploiting your invention. In fact, there are many more benefits that can be obtained after your invention is patented or even having filed a patent application.

There is even a famous movie “Flash of Genius” made focusing on the legal battle for patent rights between a college professor, Robert Kearns, and the Ford motor company.  The battle commenced when Ford motor company developed an “intermittent windshield wiper” technology which was already patented by Robert Kearns. Aggrieved by the action of Ford Motors, Kearns knocked the doors of the Court of law. The court trial lasted many years and then, towards the end of the trial, Ford motor company offered 30 million US$ to Kearns for settlement outside the court, in order save their reputation in the market. But, Kearns did not accept their offer and continued to fight. The final judgment, by jury, awarded him 10.1 million US$.

The movie was an eye opener to inventors who can do a lot more with their patent in hand. Their patent can safeguard all the money associated with the invention and allow safe introduction of the product into the market. Patents are considered to be intangible assets and can even become business assets. The key is to increase the revenue by monetizing the patent. There are many ways of monetizing all the efforts with respect to intellectual sources. Some of the common ways that an inventor can make use of are listed below:

Thus, a patent owner is accorded with various opportunities. The only thing required is a little effort and proper exploration.

In most developed countries, proper monetization of intellectual property (IP) is often practiced, while in India, IP is still in an early stage of exploration. In India, due to the lack of awareness about the significance of a patent, there are many innovations that still need to be patented which can provide monetary benefits to the inventor as well as to the country. Recently, the Government of India has come up with new schemes for start-ups to create awareness as well as encourage them to focus more on IPR. Click here to know more about start-ups schemes on IPR by the government.

Who knows? Your innovation could be the one that needs to be patented and monetized.  So, it is better not to delay further and enjoy the various benefits by filing a patent.

Thank you!
A very beneficial article. Looking forward to many more informative articles about the subject from the writer.