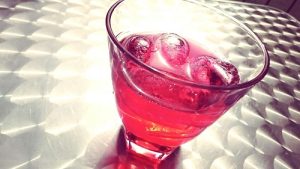 In the recent case of Hamdard National Foundation v Sadar Laboratories, the Delhi High Court refused to grant an injunction against the defendant. The plaintiff manufactured and sold for over a century unani medicines, that is Perso-Arabic traditional medicine from certain parts of Asia, and ayurvedic medicines, oils, syrups and non-alcoholic beverages. One of its products had been sold and marketed under the mark Rooh Afza since 1907. It was a sharbat, a type of concentrated squash, that was sold in bottles with a unique colour combination, layout, get-up and arrangement of features, including a distinct floral arrangement. The first trademark registration for Rooh Afza was in 1942. The plaintiff claimed that its mark was a well-known trademark under the Trade Marks Act, 1999 (act) and had acquired a secondary meaning as found by the Lahore High Court in Unani Dawakhana v Hamdard Dawakhana in 1930.

The defendant also manufactured unani medicines, syrups and botanical products. The plaintiff applied for a permanent injunction against the defendant, claiming infringement and passing off in relation to the defendant’s mark, Dil Afza. The plaintiff became aware of Dil Afza from an advertisement showing bottles similar to those of the plaintiff’s Rooh Afza bottle. The plaintiff had inadvertently failed to oppose the defendant’s trademark applications, which were granted for the mark Sharbat Dil Afza in classes 5 and 32.

The defendant argued that as both marks were registered, infringement did not arise in view of section 29 of the act. The mark Rooh Afza was not a well-known trademark. The word Afza has the dictionary meaning of increasing or adding and is common in the sharbat trade. Since the word Afza was not distinctive, there was sufficient difference between the words Dil and Rooh which mean heart and spirit respectively. The defendant pointed out that the plaintiff had not separately registered Rooh and Afza but Rooh Afza as a whole.

The defendant had been using the mark, Dil Afza, for class 5 goods, unani medicines and medicated syrups since 1949. The plaintiff’s Rooh Afza had been used for class 5 goods since 1907 with no apparent confusion over the last seven decades. The adoption of the mark, Dil Afza, for syrups and sharbats was not dishonest and there could be no confusion between the get-up, layout and labelling of the two products. The plaintiff countered that the defendant had not shown the use of Dil Afza since 1949 as claimed and that the drug licence granted in 1976 for Dil Afza could not be construed as use.

The court acknowledged the plaintiff’s claim that its trademark had built up reputation and goodwill, but concluded that, unlike the Unani Dawakhana case, the present case did not involve identical marks. The court held that to determine confusion, consumers of imperfect memory or recollection and of ordinary sensibilities were to be considered. Even by such a test, ordinary consumers did not consider Dil and Rooh meant the same thing and there could be no confusion over the meaning of these two words. Adopting principles laid down in earlier judgments, the court observed that the preceding word should be given due weight and importance where the disputed word is common and that the earlier word is the one that distinguishes one mark from the other.

The court also noted that as the plaintiff had not registered the word Afza, it could not claim exclusivity for constituent words. While the term Rooh Afza may have acquired the secondary meaning that it was a sharbat produced by the plaintiff, the word Afza had not acquired any such meaning. In regard to the drug licence, the court held that even if it were accepted that Dil Afza had been in use since 1976, there seemed to have been peaceful co-existence between two parties in the sensitive trade of medicines and pharmaceuticals, with no instance of confusion. The court held that no case had been made out to restrain the defendant from marketing Dil Afza.

While the substantive case awaits the outcome of the plaintiff’s rectification application against the defendant’s registrations, the decision is a reminder of the principle that, in assessing confusion between marks, a mark is to be considered as a whole, with no separate examination of its parts. Where a word is common in the marks, the other word is decisive as the distinguishing factor.

Authored by Manisha Singh and Akanksha Kar, this article discusses the Delhi High Court’s order refusing injunction in favour of Hamdard National Foundation against Sadar Laboratories. The court observed overall dissimilarities between ‘Rooh Afza’ and ‘Dil Afza’ marks considering that ordinary consumers cannot assume Dil and Rooh to mean the same thing and that preceding word should be given due weight and importance where the disputed word is common.