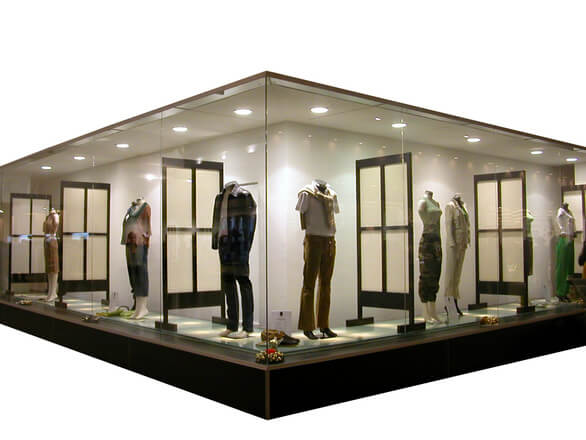 In AMPM Fashions Pvt Ltd v Akash Anil Mehta, Partner of AMPM Design and Anr, the plaintiff applied to the Delhi High Court for interim relief against the defendants, the partners of AMPM Designs, for infringing its trademarks. The plaintiff designed fashion clothing and accessories, which it sold through outlets and on e-commerce platforms. The plaintiff’s mark AMPM represented the initials of the owners, Ankur and Priyanka Modi. The plaintiff had registered the AMPM mark in various classes, the earliest in 2009, and claimed use of the mark since 2002. The plaintiff claimed that its marks were well-known in India and internationally, submitting supporting revenue figures and promotion costs.

The defendants’ business was in interior design and lighting solutions and their mark, AMPM, also represented their initials, Akash and Poonam Mehta. The defendants registered their mark in class 42 and claimed its use since 2014.

The plaintiff discovered the defendants’ use of their mark in 2020 and argued that despite the added word designs, the use of that mark diluted, degraded and tended to erode the plaintiff’s goodwill. The defendants’ internet domain, www.ampm-designs.com, was similar to its own, www.ampn.in, and likely to cause confusion. The plaintiff submitted that although it was not active in the field, interior design was a natural expansion of its business, and it had applied to register the mark am:pm in class 42. Initial interest confusion between the two marks was enough for an infringement or passing off action.

The defendants argued that differences in fonts, the added word design and their full names differentiated their mark. The combination of the generic words, AM and PM, could not be a non-generic arbitrary mark, as various AMPM marks were entered in the trademarks register and numerous companies with AMPM in their names had been registered. The customers of the parties were educated enough to differentiate between the businesses. In an affidavit the defendants stated they had added the description, interior design by Akash Mehta & Poonam Mehta, to their website and advertisements, and their old website redirected visitors to a new address, www.ampmdesigns-interiors.com. They undertook not to carry out business relating to fashion designing or clothing under the name AMPM.

The court held that although the plaintiff was the prior user of the AMPM mark, the parties’ trade channels were distinct. The chances of confusion regarding the defendants’ services were remote. The plaintiff did not have to show that the businesses competed, but the absence of a common field of activity was a significant and relevant consideration. The argument that confusion arose from initial interest was untenable as the parties used different trade channels and catered to different consumers. The court cited the European Court of Justice case of Sabel BV v Puma AG as authority for the likelihood of association being neither an alternative to likelihood of confusion nor a ground for concluding that there is likelihood of confusion. As confusion is not the same as deception or misrepresentation, the plaintiff should have shown that use of the mark for interior design and lighting solutions had led or was likely to lead to damage through misrepresentation.

The court rejected the plaintiff’s claim of well-known status for its AMPM mark. Factors such as the sales figures and turnover did not prove that the mark was associated solely with the plaintiff. A mark is well-known only if it has gained recognition with relevant sections of the public. The plaintiff adduced no surveys of such sections, the number of actual and potential consumers of its goods or the number of persons involved in its distribution channels. The court held that a mark “may have reputation and may be well known but it still falls short of a well-known mark”. Despite its claim, the plaintiff had not moved against other parties with active AMPM marks.

The court refused the application. It did, however, hold the defendants to the terms of their affidavit, and the words interior design by Akash Mehta and Poonam Mehta must be prominently displayed with their mark. The defendants have to submit to the court quarterly turnover accounts relating to their mark.