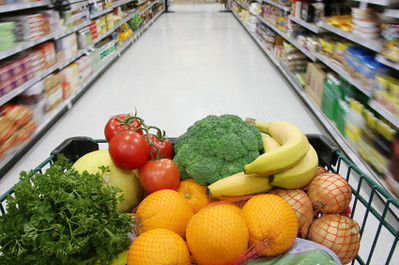 Amazon’s Alexa has turned out to be a household name for several consumers to do everyday chores. Demographic statistics show that Amazon’s voice-activated assistant Alexa has been surfaced as the most-used voice assistant.

Among the plenty of things that, you can ask Alexa to do, the most contemporary one is to ask Alexa to order groceries or any product, from an e-commerce platform. For example, you say “Alexa, order 1kg of bananas.” Alexa will listen to it and will respond by informing you that it’s found an option on Amazon for a specific price. Then, Alexa will ask you if it’s OKAY to order1kg of bananas. If you are satisfied with the product Alexa found, you can say “YES,” and your order shall be placed. Is that simple and interesting!!

Freshub Inc (hereafter referred to Freshub) filed a patent infringement lawsuit against Amazon in 2019, in the U.S. District Court for the Western District of Texas.

Freshub, in its complaint , stated that Amazon, “have been and are infringing, and will continue to infringe, the Asserted Patents in this District and elsewhere in the United States by, among other things, making, using, importing, selling, and/or offering for sale its Echo Products, Fire TV Products, Fire Tablet Products, and Amazon App Products”

Freshub, in its complaint, alleged that Amazon was aware of the company ‘Freshub’, and its products (its wireless in-home grocery scanner) as it has delivered its in-home grocery scanners to Amazon in 2010. Further, in its complaint, Freshub, also alleged that Amazon and Freshub had earlier, participated in panels at a Smart Kitchen Summit which was held in 2015 and 2018.Freshub also revealed that Amazon and it had talked about a possible partnership back in 2015.Further, Freshub indicated that the parent application of the family of patents mentioned in the complaint was cited in the patent application filed by Amazon, during its prosecution at USPTO.

Arguments on behalf of Petitioner

The arguments and the defences presented by Amazon were based on non-infringement, invalidity, and inequitable conduct.

Non-infringement: The non-infringement arguments were focused on the basic functioning of Alexa. The elements of the independent claim from the US 9,908,153 patent discloses a digitizer coupled to the microphone, wherein the digitizer is configured to convert spoken words into a digital representation. Amazon responded by stating that, the functioning of Alexa is not based on “digitized order”. The arguments stated that the claim elements of the US 9,908,153, need the reception of the digitized order, before any translation of spoken words to text. Amazon argued, that, for the Alexa to function, the user can say any word to Alexa and then Alexa is configured to convert the word spoken by the user to text and only after the conversion of ‘spoken word to text’, Alexa is configured to determine the intent of the user. Thus, Alexa does not have information on whether, the uttered words were meant to be a joke, a query, a command to order groceries, or to play music.

The elements of the independent claim from the US 9,908,153 patent discloses: “identify an item corresponding to the text”.

Amazon responded by stating that, the functioning of Alexa does not meet the above limitation of identification. Amazon argued, that, when a user adds items to the shopping list, the words uttered by the user appear on the list, but those entries in the list are not matched up with an actual item corresponding to the utterance.

In a similar fashion, Amazon argued that the functioning of Alexa does not meet the “matching limitation” as disclosed in US 10,232,408. The basis of arguments was that the Freshub patents use text output to identify items, whereas the functioning of Alexa is based on the intents created by Amazon’s natural language understanding methods for searching the relevant products for the user.

Directions Passed by the Court:

After two years of litigation in US federal court, Jury ruled in favor of Amazon. The Jury in Waco, Texas, in the statement in early June 2021, said that Amazon did not infringe the asserted patents. The Jury rejected Amazon’s argument that the relevant parts of the patents were invalid. Further, one will have to wait and watch to see, how Freshub responds to the recent decision by the court.