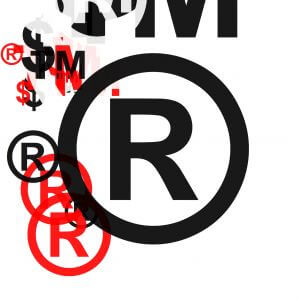 Further to our blog, dated November 25, 2016, available at https://www.lexorbis.com/initiatives-by-tm-registry/, we would like to wrap up 2016 with a comprehensive update on measures taken by Indian Intellectual Property Office (IPO) for improvement of trade mark system.

In 2016, IPO has introduced several initiatives to expedite the trade mark registration process. These new practices coupled with modifications in the subsisting procedures, brought about to address the monumental backlog, have been welcomed by one and all. Some of these reforms include the extensive hiring of examiners coupled with their training. In 2016, approximately 100 examiners have been recruited, which in turn has allowed expedited examination of applications. Consequently, as opposed to the earlier wait period of 14-15 months, the applications are now being examined within 3 months of filing.

Owing to the extensive training imparted to the examiners, only those applications are being objected wherein cogent issues subsist. Accordingly, the overall rate of acceptance for publication has accelerated from 8-10% to 32- 33%.

The indiscriminate holding of hearings, even in cases where the reply filed is sufficient to overcome the objection raised in the examination report, has been waived off, subjecting the process of hearing only to cases where objections persist even after filing of the reply.  The process of renewal of trade marks has also been expedited. There has been a marked decline in renewal pendency from 185,000 to less than 50,000 by November 2016.

The decentralization of the functions of PARM (Pending Application Record Management) and recruitment of additional officers to discharge the functions has doubled the average disposal rate from 5000/6000 to 10000 per month and the percentage of publication has also spiralled upwards from 10-12 % to 30-35%. Further, the automated registration procedure has also facilitated the removal of backlog. Since the introduction of automated process in August 2016, approximately 99,500 marks have been registered by way of this process.

Recently, a meeting was held of the IP stakeholders with the DIPP, which provided a forum to discuss various issues concerning the IP law and procedures in India. During the course of the meeting, inter alia the following issues were raised:

We hope to receive a positive resolution of the points raised. The plethora of initiatives undertaken is not only a welcome step but also a necessary one. The long drawn trade mark registration process may sometimes act as a deterrent, making people reconsider filing a trade mark application. However, the ardent steps being taken by IPO will surely encourage more trade marks filings. Given the value attached to trade marks in today’s world, it is hoped that the IPO continues to take prompt actions.